A Manitoba commercial fishery co-operative has been fined $2,000 after it pleaded guilty to illegally selling fish to the United States.

Commercial fishermen want changes to how they can market fish 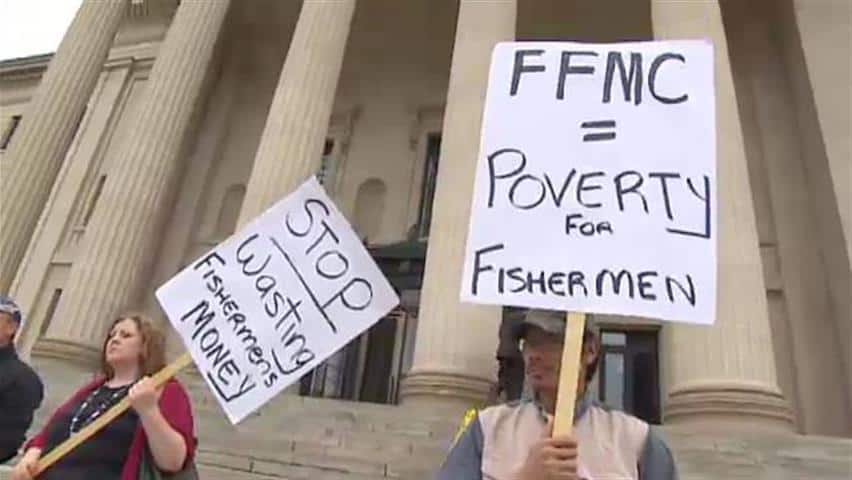 7 years agoVideo
1:40
Commercial fishermen in Manitoba's Interlake protest outside the provincial legislature, demanding changes to rules governing how they can market their fish, as a co-op is fined for selling fish directly to the U.S. 1:40

A Manitoba commercial fishery co-operative has been fined $2,000 after it pleaded guilty to illegally selling fish to the United States.

The co-operative represents about 300 fishermen in Manitoba's Interlake region who were catching fish and selling them to a processor in the U.S.

In Manitoba, the Freshwater Fish Marketing Corp. is the only body that can legally export fish.

Prior to Monday's court appearance, Stevenson and commercial fishermen from across the province held a protest at the steps of the Manitoba legislative building, demanding their freedom to market fish.

They want to be able to sell rough fish, like mullet and carp, directly to their buyers in the U.S.

Stevenson called Manitoba's rules unfair, given fishermen in Ontario and British Columbia can sell their product to whomever they want.