Nearly a third of all Manitoba First Nations have had cases of COVID-19, officials working with the Assembly of Manitoba Chiefs said Friday, including 15 communities that currently have active cases.

Almost a third of all Manitoba First Nations have had cases of COVID-19, officials working with the Assembly of Manitoba Chiefs said Friday, including 15 communities that currently have active cases.

Twenty of the 63 First Nations in Manitoba have reported cases since the COVID-19 pandemic began, Dr. Marcia Anderson said during a Facebook Live news conference Friday.

Since the group's last update on Tuesday, an additional 110 cases have been confirmed among First Nations people in the province, she said.

There have now been a total of 449 cases among First Nations people on- and off-reserve in Manitoba, Anderson said. Of those, 332 of those cases are considered active: 101 involving people who live on-reserve, and 231 cases in people who live off-reserve.

"We need to pull together. I know that there's a lot of advocacy and there's a lot of support," AMC Grand Chief Arlen Dumas said at the news conference. "We need to continue being as vigilant and aware, and follow all of the measures to try and keep each other safe."

Anderson also announced the death of a second First Nations person in Manitoba who had COVID-19. The individual was over 70 and was a resident of the Interlake-Eastern health region, she said, although she didn't specify when the person died, or whether the individual lived on- or off-reserve.

First Nations people account for roughly 12 per cent of all cases of COVID-19 in Manitoba as of Thursday, and a greater percentage of active cases, Anderson said. Those numbers were calculated prior to new provincial numbers that were released Friday afternoon, after the AMC news conference had started.

"If you think about the fact that we make up about 10 per cent of the province, we've now passed that point and are overrepresenting total cases since the start of the pandemic," Anderson said Friday. "We are now making up 18.4 per cent of all active cases in the province … almost double what we would expect based on our population size." 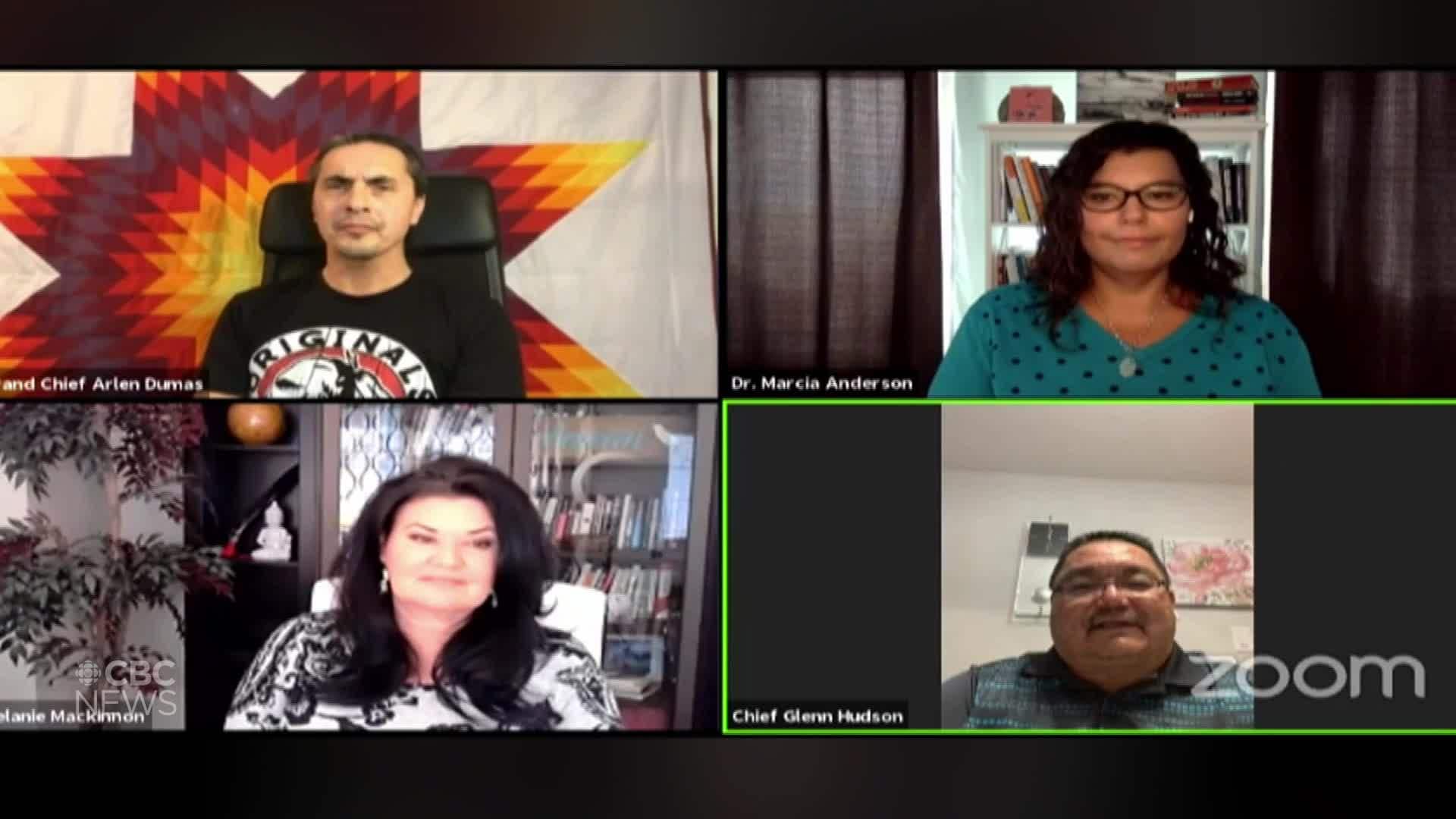 5 months ago
2:35
Almost a third of all Manitoba First Nations have had cases of COVID-19, officials working with the Assembly of Manitoba Chiefs said Friday, including 15 communities that currently have active cases. 2:35

The vast majority of affected First Nations have been able to contain spread of the virus after it arrives, Anderson said. Community leaders have partnered with the First Nations pandemic team, and the federal and provincial governments, to stop the spread.

In Little Grand Rapids, for example, progress has been made to contain an outbreak that infected 43 people, she said. The community now has 11 active cases.

The community, about 160 kilometres north of Winnipeg, was one of the earliest First Nations in Manitoba to be hit by COVID-19, Hudson said.

It was down to zero active cases, with 12 people in isolation, on Monday, but 28 people have since tested positive and 155 people have had to start self-isolating, Hudson said.

The surge in cases this week has put strain on the community's contact tracing resources, Hudson said.

"We are going to look at contracting somebody to help with our contact tracing.… All the [current] nurses are feeling very fatigued," he said.

"We're looking at redeploying our teachers to help us with the contact tracing and stuff because they do understand and have that capacity."

The community opened a testing site on Friday, he said, and has closed non-essential businesses, limited travel and brought in curbside pickup and drive-thru shopping for residents.

Hudson said officials believe the community can contain the spread of new cases, but warned of the importance of emergency planning and building capacity in case of future outbreaks.

"It can change very drastically, very fast," he said.

The AMC is urging all members to follow public health advice, limit close contacts and reduce non-essential travel to areas under the orange or red levels on the province's pandemic response system.