The premier's initial push for cuts across the board to the public sector has resulted in more modest reductions than previously thought, as the province looks for savings amid the costly coronavirus response.

Province to save $860M due to 4.9% in cuts to non-essential operating expenses, 2.2% workforce reduction

The premier's initial push for cuts across the board to the public sector has resulted in more modest reductions than previously thought, as the province looks for savings amid the costly coronavirus response.

A series of workforce reductions and saving measures will help the government save $860 million and funnel more resources to the front-line fight against COVID-19, said Manitoba Finance Minister Scott Fielding on Monday.

"We've been impressed by the creativity and innovation the public sector has delivered," Fielding said, adding many staff and resources have been redeployed to help in the health-care system.

"We hope to continue to work with the unions to avoid layoffs."

But it's still unclear what that 2.2 per cent workforce reduction will look like in specific sectors, said the president of the Manitoba Government and General Employees Union.

"We still have no answers on who this is affecting, how many cuts there are actually going to be, are they permanent cuts, is there a way to redeploy people."

Roughly $500 million of the savings come from limiting discretionary spending in core government programs, $86 million is tied to what Fielding described as other reporting entities — such as universities and boards — and $82 million is from Crown corporations. The rest of the projected savings come from workforce reductions, Fielding said.

The public sector was asked to find ways of cutting non-essential spending that could be redirected to the COVID-19 health-care response. Some departments were facing orders to find between 10 and 30 per cent cuts that unions feared would result in layoffs.

"Of course 2.2 is better than 30 [per cent], but right now any cuts are difficult to deal with," said Scott Forbes, a University of Winnipeg biologist and president of the Manitoba Organization of Faculty Associations.

Forbes said hundreds of staff across Manitoba post-secondary institutions have already been laid off, all while universities are facing "soaring enrolment" numbers.

"It's not like Manitoba's universities have been over-funded in the past. We've been fed on reduced rations for many years and any further cuts in the face of rising demands is going to be hard to deal with."

Fielding said the reductions were all in the name of trying to minimize the number of public sector layoffs.

"That's really been important to us and the driving factor behind this," he said.

Many of the reductions have already happened through temporary layoffs, including at casinos, that resulted from wide-ranging closures to non-essential businesses in the weeks after the first COVID-19 cases were identified.

NDP Leader Wab Kinew said reducing the province's spending and workforce isn't how to build back the economy.

"The worst thing you can do in a recession as a government is to cut jobs and wages," he said.

"There is no reason to make cuts right now. They have the ability to spend money to keep the economy moving and that's that's what they should be doing."

Kinew also wants the province to release concrete numbers of how many jobs are being lost.

"This cut is going to be bad and I think Manitobans should hear that from the government," he said.

Fielding said the province is facing an estimated $5-billion deficit. About $3 billion of that is tied to a drop in revenue and $2 billion associated with procuring personal protective equipment and other costs of the COVID-19 response, Fielding said.

$500M in savings from reductions to core government spending include: 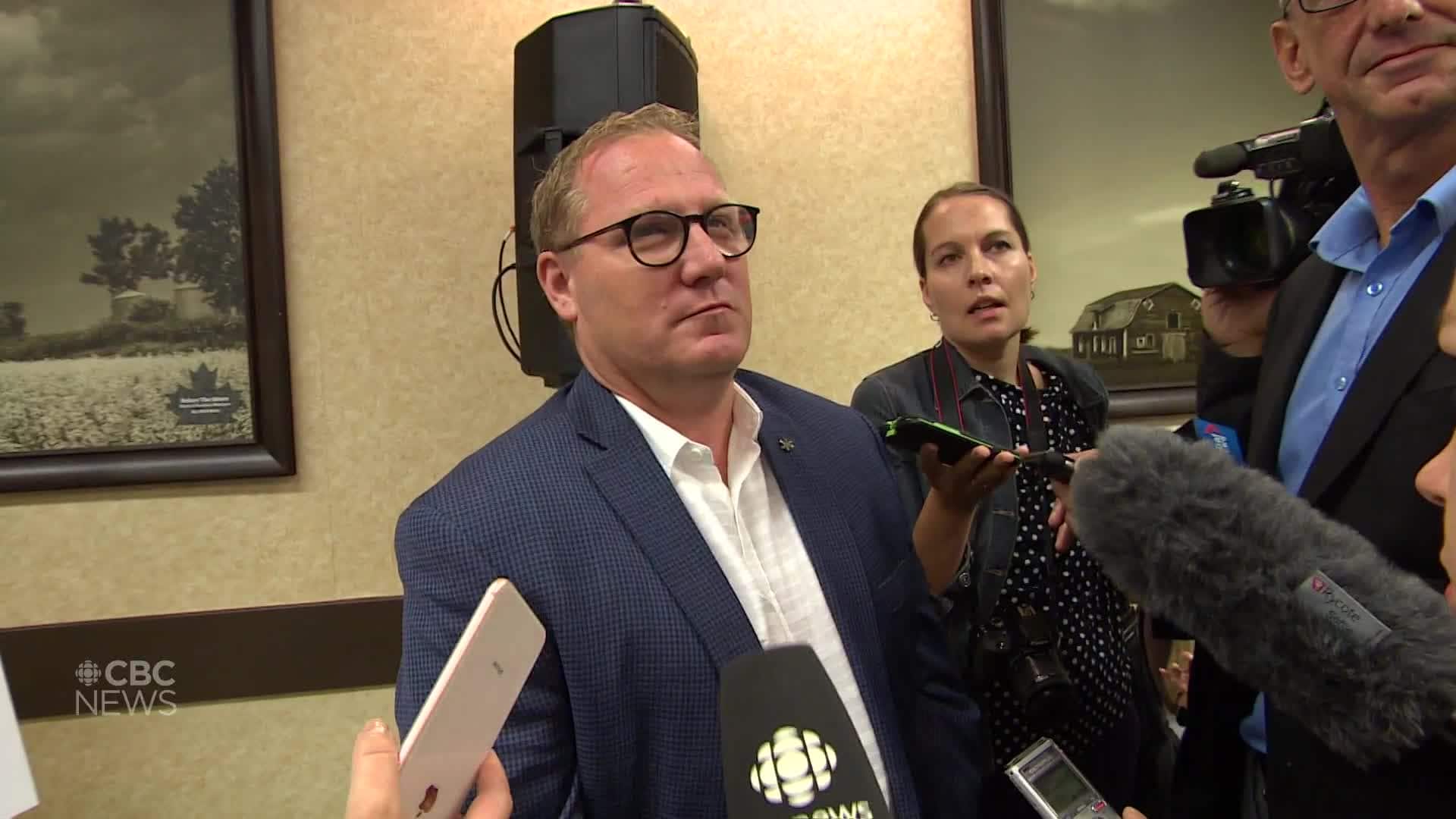 PC government cuts back on provincial workforce during pandemic

10 months agoVideo
1:42
A series of workforce reductions and saving measures will help the government save $860 million and funnel more resources to the front-line fight against COVID-19, said Manitoba Finance Minister Scott Fielding on Monday. 1:42

With files from Bartley Kives and Peggy Lam