A family from Grunthal, Man., adopted three siblings from Ukraine in February. Just days after they reached safety in Manitoba, Russia's invasion of Ukraine began.

'Pack everything, pack the kids. We are moving you right now,' adoption facilitator told Trish Braun

A Manitoba woman whose family recently adopted three children from Ukraine was in that country just a week before Russia invaded, when she got an unnerving phone call from the adoption facilitator.

"[They said], 'Your kids' passports are in and you are moving within an hour. So pack everything, pack the kids. We are moving you right now,'" Trish Braun recalls.

Braun was in the country preparing to bring home three siblings from a Ukrainian orphanage — a process that was cut short as the threat of an impending invasion loomed.

"To go from three weeks left [of our trip] to, like, 'We can maybe figure this out within a day or two' … that felt very urgent," she said.

She arrived in Ukraine at the end of January, her third and final trip of the adoption process. She and her husband, Mike Braun, had initially spent six weeks there last October, and then a few weeks again in December for a court hearing.

On Jan. 21, the Grunthal couple officially became the legal guardians of the three children.

During their initial trip in the fall, the couple could already sense the growing tensions with Russia.

When it came time to bring the three children home, the Brauns decided it would be best if Trish went on her own, while Mike stayed at home with their five other children — their two biological sons and three other siblings from Ukraine they had adopted in 2019.

If anything happened, he would meet her in Ukraine to help get everyone home.

Up until the phone call from the adoption facilitator, Trish didn't feel overly nervous about the possibility of an invasion or war. People in Ukraine were going about their lives, with some saying not to worry. But concerned family and friends at home in Manitoba were sending her messages.

An hour after the phone call, Trish, the three children, and a facilitator piled into a van, unsure of where they were headed. The embassy in Kyiv was already closed, so they headed further west.

Once in the western Ukrainian city of Lviv, after about 20 hours of driving, Trish was able to get her children's visas and finalize the remaining paperwork. 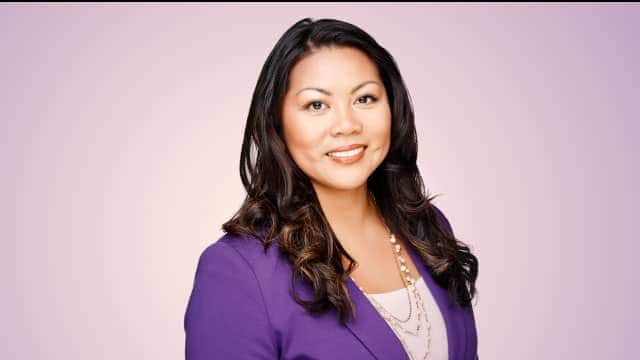 Radio Noon Manitoba9:34Grunthal couple adopts three siblings from Ukraine and arrives back in Manitoba RIGHT before war descended on the children's birth country
Three siblings from Ukraine are getting adjusted to life in Manitoba. Host Bryce Hoye hears from their adoptive mother about what it took to get the kids to their new home in Grunthal -- DAYS before Russia invaded Ukraine.

Shortly after midnight on Feb. 18, after a 48-hour journey, Trish and her children arrived in Winnipeg.

Shelling had already started to intensify in eastern Ukraine by that point. A week later, Russia invaded and the war began.

Mike and the couple's five other kids all greeted Trish and their three new family members at the airport.

Those siblings, who range from age six to 16 and speak varying levels of English, have supported each other throughout the big transition.

Now with six adoptive children from Ukraine, the couple have been navigating tough but important conversations with them about what is going on in the war.

"They hear things from school and they are online sometimes and they see things. We try and get as much real information from real people for them as we can, so that we're basing our conversations on facts," Trish said.

Just over six weeks since returning home, the urgent phone call Trish received and the hurried journey back to Manitoba are now a blur, she says, thanks to adrenaline and a motherly instinct taking over.

"Parents kick into gear when the time comes. So I felt that needed to happen."