The shift would follow a two-week period following the holiday break that saw students in Grade 7 and up learning from home.

Choice will be left to school divisions, though several say no changes coming

Some Manitoba students in grades 7 and 8 could move to blended learning starting Monday, after a two-week period following the holiday break that saw students in Grade 7 and up shift to remote learning.

While students in grades 9 to 12 were already doing a combination of in-class and remote learning before the extended time at home after the holiday break, most Grade 7 and 8 students were in class full-time.

They've been learning at home since classes resumed on Jan. 4. Students in kindergarten to Grade 6 had the option of either in-class or remote learning for the two-week post-holiday period.

"We know the best learning environment for students is in the classroom. With Manitoba's COVID-19 curve bending in the right direction and under the guidance of public health, students will be returning to the classroom on Monday," a spokesperson for Manitoba Education said in an emailed statement.

But schools can offer the option of a blend of in-class and remote learning for Grade 7 and 8 students, the province says, with that decision left to each division.

"Our epidemiology shows that young kids, their risk from a COVID infection at school is really low. It's much lower than the general population," Dr. Jazz Atwal said at a news conference.

"That risk does go up as kids get a little bit older, but even in those situations, it's still much less than the general population." 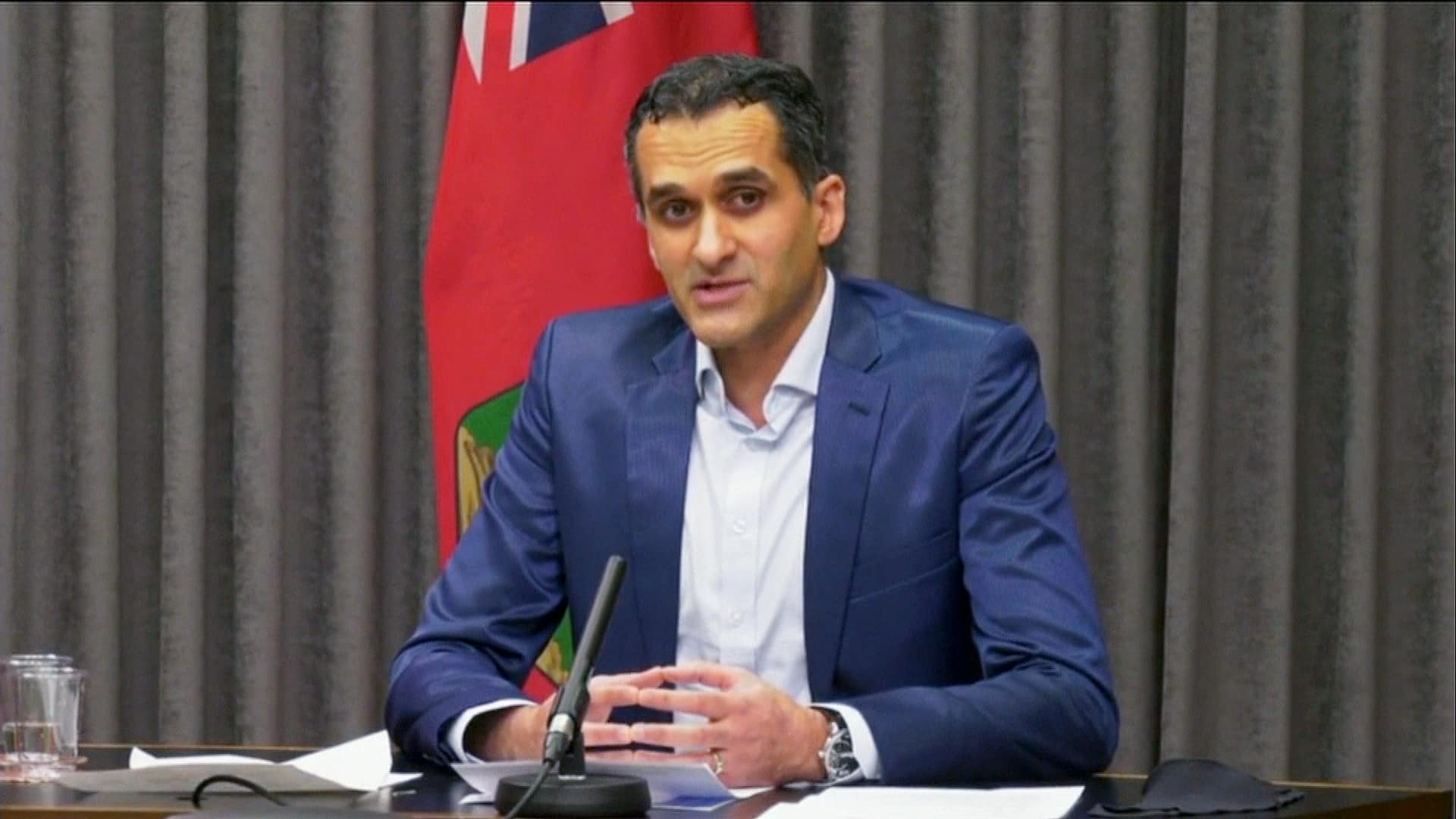 3 days agoVideo
1:39
Dr. Jazz Atwal, Manitoba's acting deputy chief public health officer, said Wednesday students will soon return to school after a stint learning virtually after the holidays. He said schools are safe and have lower COVID-19 rates than in the general public. 1:39

The Pembina Trails School Division had already moved some of its Grade 7 and 8 students to a blended learning model before the winter break, where students came to class every other day, said spokesperson Stacey Ashley.

Starting Monday, a few more of its schools will also switch to that model — which means 10 of the south Winnipeg division's 12 middle schools will be on the alternating-days schedule, she said.

James Bedford, president of the Manitoba Teachers' Society, said that model can be tough on teachers.

"[It's] better for a teacher to simply know that students will either be … learning in the classroom, or at home, learning remotely. It's a challenge if that changes on a weekly basis, or perhaps even a daily basis," he said.

He hopes school divisions can pick one learning model and stick with it until the spring.

While having all kids learning in a classroom can level the playing field and create a better learning environment, Bedford said, safety needs to come first right now.

Divisions should consider things like how big they are and how much space they have available in schools when deciding whether to bring students in Grade 7 and 8 back full time, he said.

Some school divisions have already decided not to make any changes to the original plan, including the Seven Oaks School Division, said superintendent Brian O'Leary.

The River East Transcona School Division also has no changes planned, though remote learning is available there if parents request it, said spokesperson Amanda Gaudes.

In a letter to parents, Louis Riel School Division superintendent Christian Michalik said students will return to class as usual from remote learning on Monday.

Meanwhile, the Winnipeg School Division — the province's biggest — is still going over its options and getting feedback from schools and parents before announcing any decision, a spokesperson said.

Other school divisions did not respond by deadline.

With files from Peggy Lam