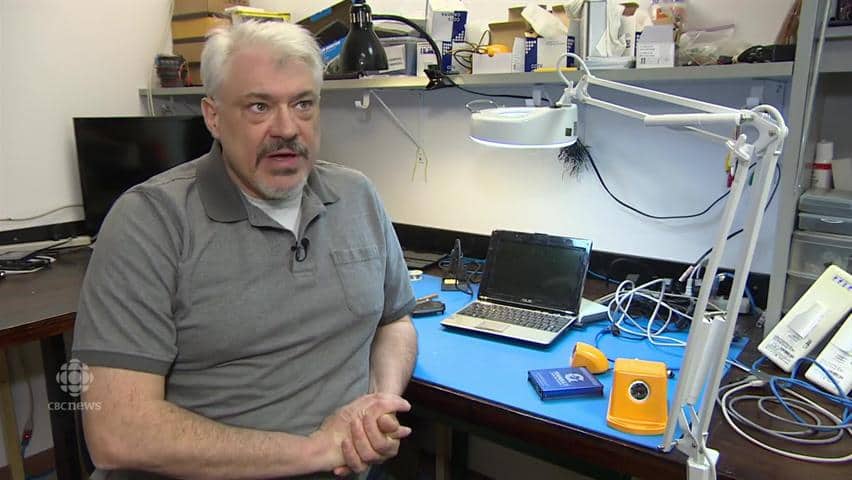 6 years ago
1:50
Maurice Gregoire, president of Winnipeg company Teknisult Enterprises, talks about its project to attach cameras to school buses in Manitoba, Saskatchewan and Alberta and how the presence of the cameras has changed drivers' habits. 1:50

It found 423 violations of drivers ignoring the flashing red stop signs as buses stop to allow students to get on or off.

Company president Maurice Gregoire said when his company reviewed the footage, it found three times more violations than it had anticipated.

"It tells us driving habits are becoming worse, I guess," he said.

"People are ignoring the school bus — stopped school bus — with the stop signs extended more so than they did even five years ago. Considerably more."

The company said a pilot project last year found Manitobans were twice as likely to speed past parked school buses than drivers in other prairie provinces.​

He said 11 per cent of drivers either ignored or moved around school buses with stop signs extended.

Gregoire said in one instance, it caught a parent kicking a car that blew past a bus stop sign.

He said the video footage should serve as a wake-up call for drivers and students alike to be more vigilant.

"You know, kids are kids. They're looking down, they're talking to their friends, they're texting — there's so many of them texting nowadays — they got their heads down and they cross the road," he said.

"They catch a glimpse of the stop sign, they see the lights are flashing. The stop sign's out, it's safe to cross, away they go."