There are 475 new cases of COVID-19, eight more deaths and a record-high number of people in hospital in Manitoba on Thursday, as officials announced new restrictions.

There are 475 new cases of COVID-19, eight more deaths and a record-high number of people in hospital in Manitoba on Thursday, as officials announced new restrictions.

"These are not just numbers that I am announcing every day. These are people, these are Manitobans," Chief Provincial Public Health Officer Dr. Brent Roussin said.

"We cannot allow this to continue."

A record 263 patients are in hospital, up 14 from Wednesday, and a new high of 43 people are in intensive care due to COVID-19.

The provincial five-day test positivity rate is at 14 per cent, down slightly from a record-breaking 14.2 per cent on Wednesday. Winnipeg's rate hit 13.7, also down slightly.

The high numbers were announced as Manitoba tightened restrictions on gatherings and in-store sales, one week after the entire province went to the red, or critical, level — the highest under the provincial pandemic response system. That could last until Dec. 11 if current trends don't improve.

WATCH | 'These are not just numbers ... these are people,' Roussin says: 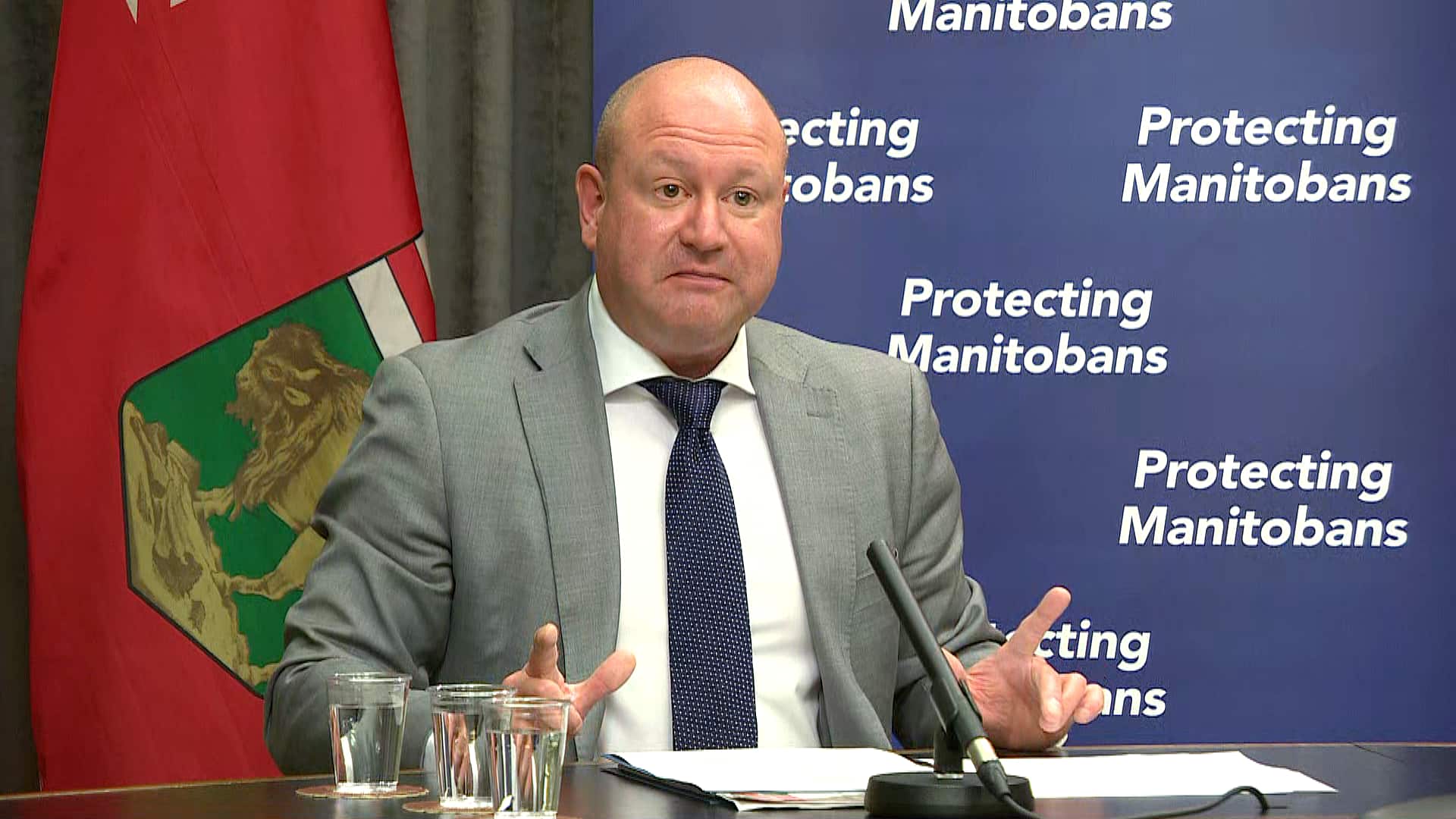 'These are just not numbers ... these are people, these are Manitobans’

Five of the past eight days have seen daily new case counts of 400 or more, including Wednesday.

Manitoba had 417 cases in total from March until Aug. 1.

Nearly a third of Manitoba's 198 COVID-19 deaths have happened since red-level restrictions came into effect last Thursday, almost all of them people over 60 and many linked to care-home outbreaks.

Of the new deaths, four are in the Winnipeg health region. They includes a man in his 70s, a woman in her 80s and woman in her 90s, all from Maples Long Term Care Home, the site of the deadliest outbreak in the province. A man in his 60s linked to the Keekinan Centre outbreak in Winnipeg also has died.

Meanwhile two men, one in his 70s and one in his 80s, died in the Southern Health region, both tied to the Rest Haven Nursing Home.

And two people linked to the Gilbert Plains personal care home outbreak in the Prairie Mountain Health region, a man and a woman in their 90s, have also died.

Cracking down on gathering sizes

Roussin also announced new health orders will take effect at 12:01 a.m. Friday that will restrict people from going into the home, cottage or other private residence of another person. 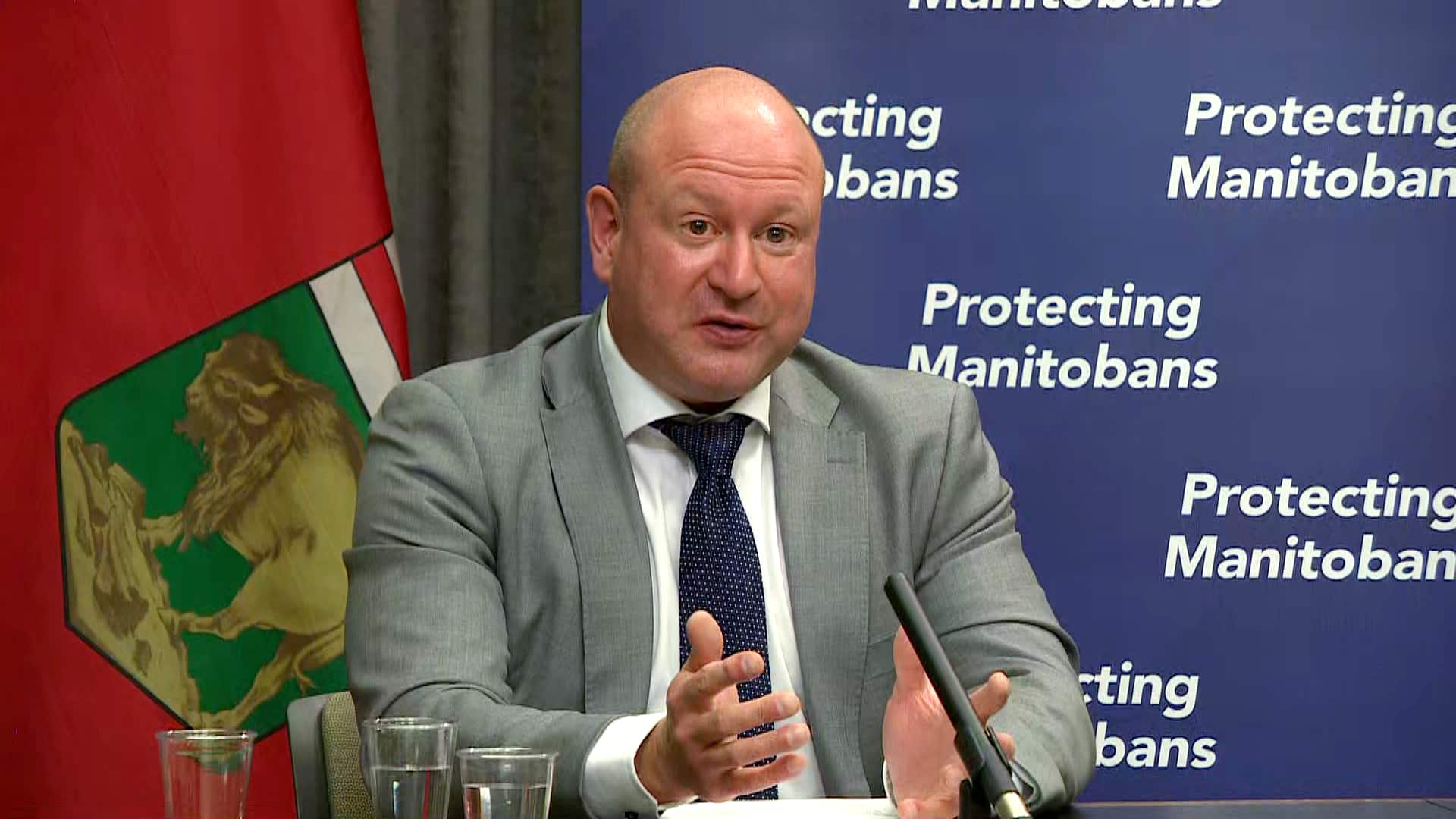 Exceptions include home care, child care, tutoring, construction and renovations, and deliveries, and people who live alone may have one other person over.

The sale of non-essential items in stores that also sell essential goods will also be banned, though grocery stores, pharmacies, regulated health professions and other essential services can continue to operate.

"We've pleaded with Manitobans to stay home," Roussin said. "We have to take these drastic measures."

Pallister again admonished a group of more than 100 who gathered in Steinbach on the weekend to protest the provincewide code red restrictions.

"Don't gather and protest without a mask on and endanger yourself and others," he said.

The widespread closures have been criticized for permitting some larger commercial outlets and big box stores to stay open and continue to sell a mix of essential and non-essential items, while smaller businesses have to close.

Officials have also committed to ramping up enforcement in the past week, including rolling out a $298 fine for people not wearing masks in indoor public places, after more than 100 people gathered in Steinbach on Saturday to protest code red restrictions.

Despite the code red restrictions, Manitoba has registered record-breaking days over the past week. Records were set or tied each day for the five-day test positivity rate, and there have been more reported deaths (76) in that time than in the entire first 7½ months of the pandemic.

Since Thursday, 2,700 Manitobans have tested positive, and the total caseload has soared to 12,482. 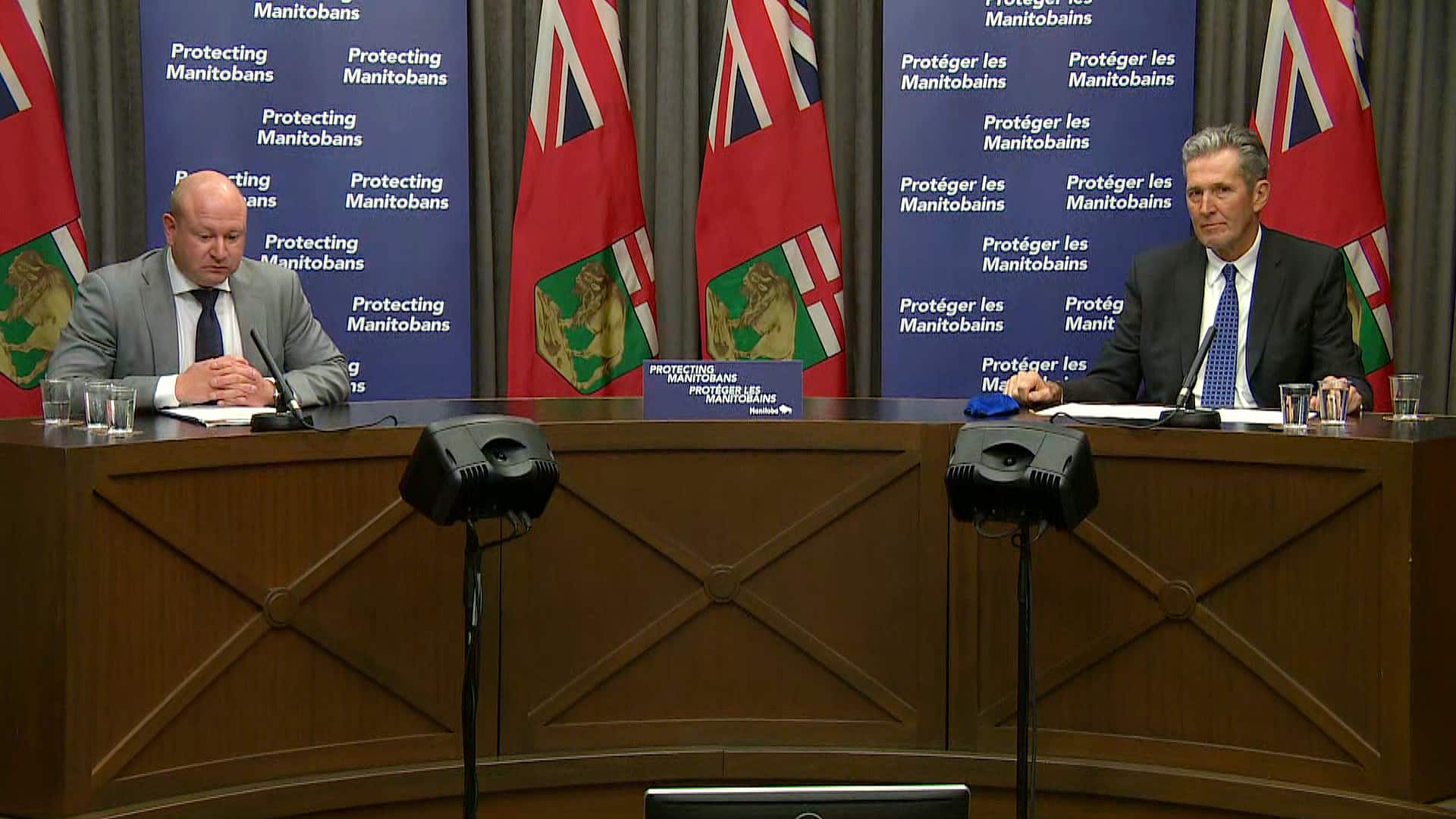