On a day that saw Manitoba set grim milestones, a glimmer of hope emerged, suggesting some of the widespread restrictions are working.

1 in 100 Manitobans have tested positive as province passes 14,000 cases

On a day that saw Manitoba set grim milestones, a glimmer of hope emerged, suggesting some of the widespread restrictions are working.

"It might be easier to just think of these as numbers, but these are Manitobans," Chief Provincial Public Health Officer Dr. Brent Roussin said.

"The list continues to grow and it's very challenging to be reading every day."

The new cases put the provincial total above 14,000, meaning one in every 100 Manitobans has contracted the illness.

The majority of new cases — 368 of them — are in the Winnipeg health region, which is a record. The previous high was 330 cases announced on Nov. 7.

The announcement comes about a week and a half after all of Manitoba went into code red, or critical, under the provincial pandemic response system. That led to widespread closures of bars, salons, places of worship, dine-in eating at restaurants and a range of non-essential businesses.

Even more restrictions went into effect Friday, with gatherings no longer allowed inside homes, and no more sales of non-essential items in-store.

More than 4,700 new cases have emerged under code red, and Manitoba has struggled to alleviate the pressure facing hospitals.

Roussin said one promising sign that those restrictions are working is the average number of contacts of people who test positive is beginning to trend down.

Three or four weeks ago, a positive case had seven close contacts on average, Roussin said. As restrictions came into effect, that gradually lowered to four, and there are now early indications the average could be closer to two close contacts, he said.

"Certainly the trend is in the right direction."

The death toll rose to 236, with five of the new deaths in Winnipeg, including a man in 60s and two women in their 80s. A woman in her 70s linked to the Holy Family personal care home outbreak died, as did a woman in her 90s who was a resident of Maples Long Term Care Home, the site of the deadliest outbreak in Manitoba.

Nearly half of all the reported deaths have emerged during code red, which came into effect Nov. 12.

WATCH | Roussin talks about how hard it is to report daily COVID-19 deaths: 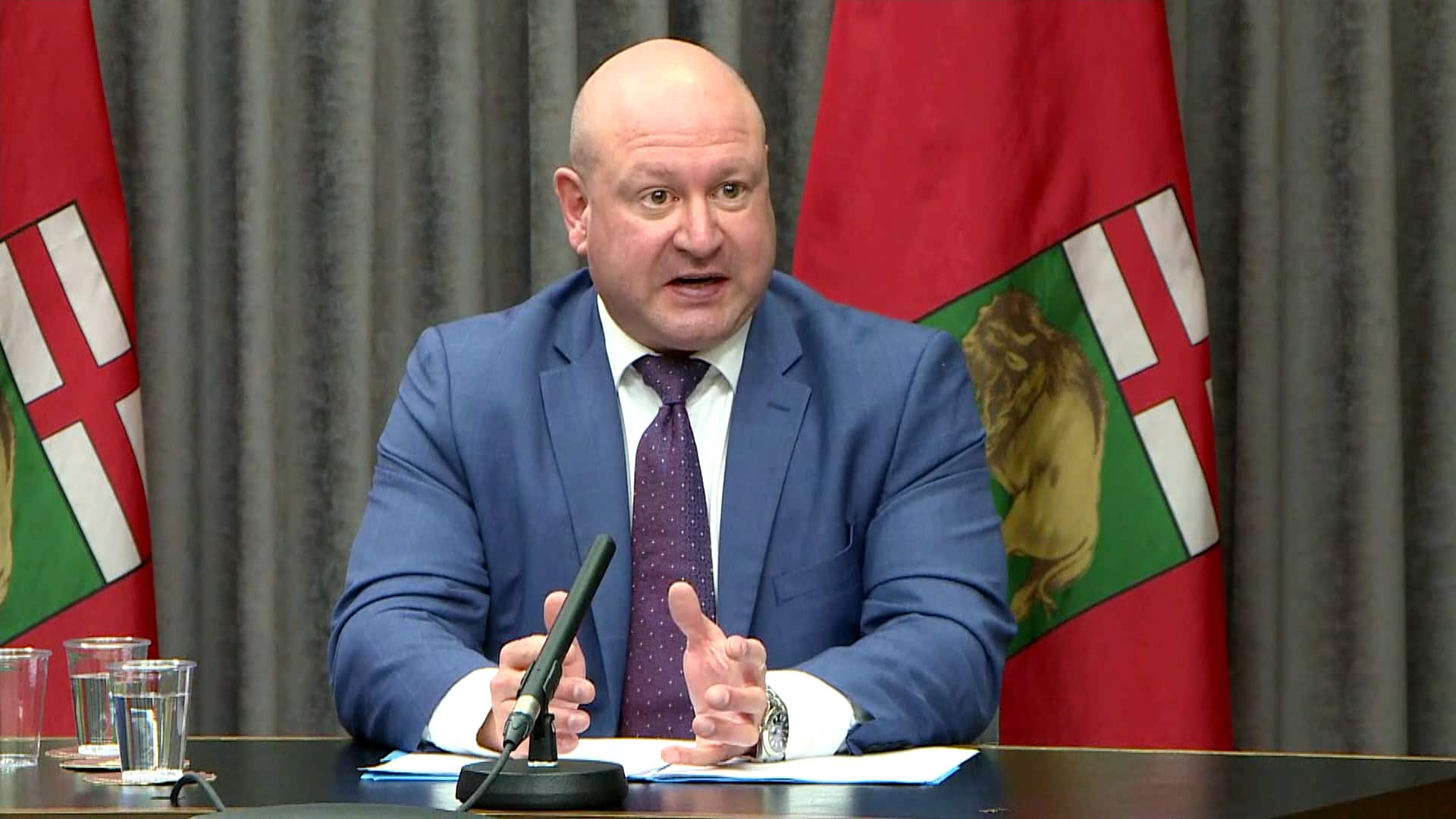 Roussin on the difficulty of reporting COVID-19-related deaths

3 months ago
1:15
In November alone, 161 deaths were reported. Dr. Brent Roussin says it's very difficult to report the deaths of loved ones every day. 1:15

The five-day provincial test positivity rate is 14 per cent in Manitoba, and 13.8 per cent in Winnipeg.

A record 296 people are in hospital with the illness, with a record-tying 52 in intensive care.

Lanette Siragusa, chief nursing officer for Shared Health, said 96 of Manitoba's 103 intensive care unit (ICU) beds are currently full. Of those, 52 are occupied by COVID-19 patients, but about 10 more in ICU involve former COVID-19 patients who are no longer positive, she said.

All but four days in the past month have seen hospitalization records broken, and the health-care system is at or near capacity. Hospitals continue to add a few ICU beds every week, but Siragusa and Roussin have repeatedly stressed the demands facing the system can't be sustained.

The surge has caused the province to postpone 901 non-urgent and elective surgeries in the past four weeks, Siragusa said.

Since the beginning of the pandemic, 552 health-care workers and first responders have tested positive, she said.

Nearly 111,000 hours of sick time were logged in the past two weeks, up slightly from the two weeks earlier, which is equal to about 6,900 eight-hour shifts, Siragusa said. Much of the sick time is linked to workers in Winnipeg who are sick or isolating at home.

He stopped short of confirming where in the province these gatherings reportedly occurred but said enforcement officers are investigating.

"These orders are here to save lives," Roussin said. "We can't have in-person gatherings. It puts Manitobans at risk." 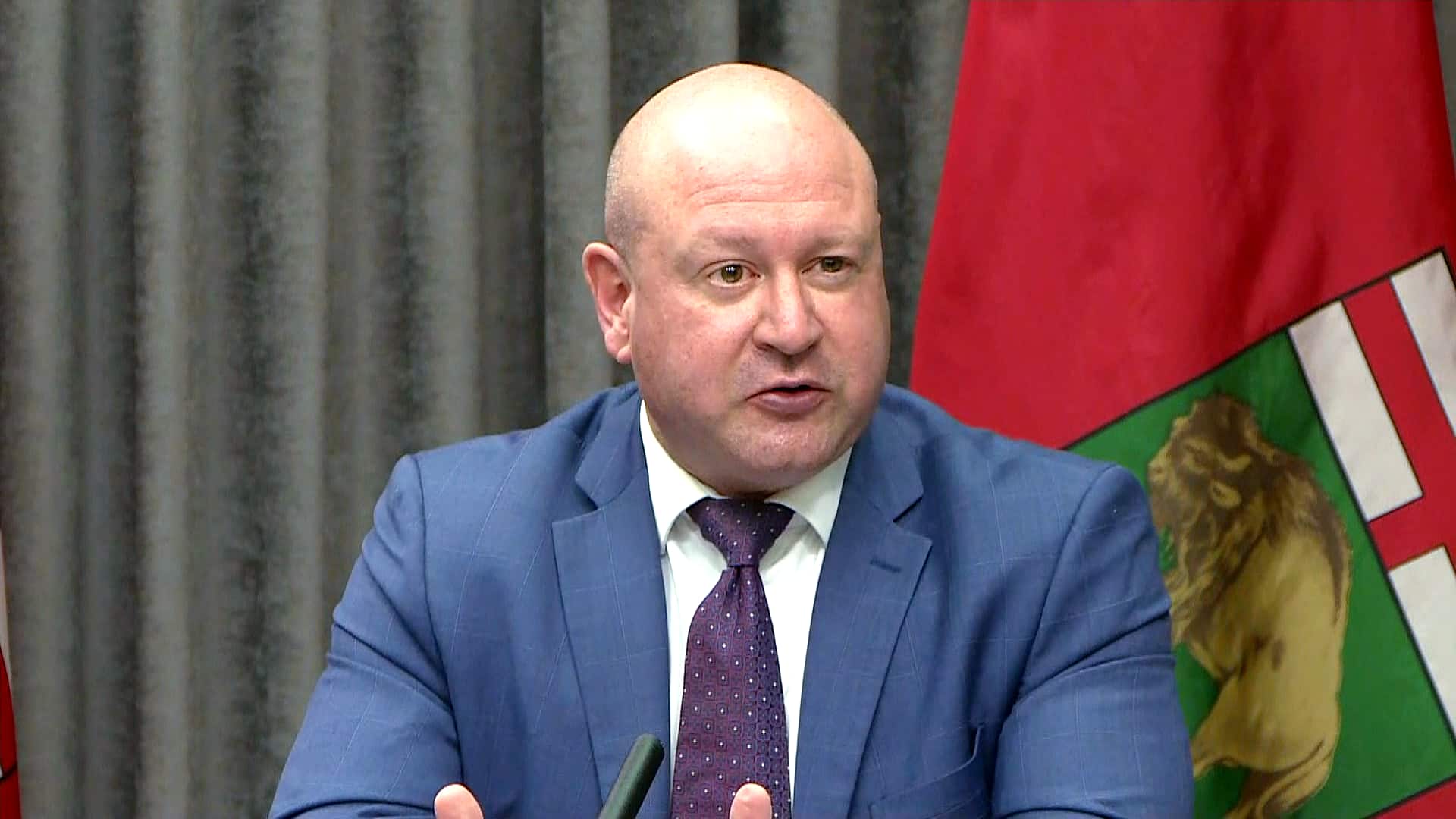 3 months ago
1:08
Dr. Brent Roussin urged Manitobans who are taking part in faith-based gatherings to stay home in an effort to protect the community from COVID-19. 1:08

There are hundreds of cases tied to care home outbreaks — nearly 30 such outbreaks have occurred so far — and rising case numbers across the province.

Some private care homes have staffing shortages due to workers testing positive and have resorted to asking family members of residents to come help feed and monitor their loved ones.

Siragusa said Monday that among those helping out at care homes are staff from the Victoria General Hospital, who recently began pitching in at St. Norbert Personal Care Home.

When asked, she acknowledged that she, too, pitched in at an outbreak-affected care home over the weekend.

"I just want to thank everyone who has stepped up during this period of incredible need," she said. "It's a reminder that we all need to stick together in this time."

About a quarter of all deaths are linked to two Winnipeg care homes. About 90 per cent of all deaths have been people over age 60, though two 30-year-olds and a 20-year-old died last week.

Since March,14,087 people in Manitoba have tested positive; over 70 per cent of all cases to date have emerged in the past month. 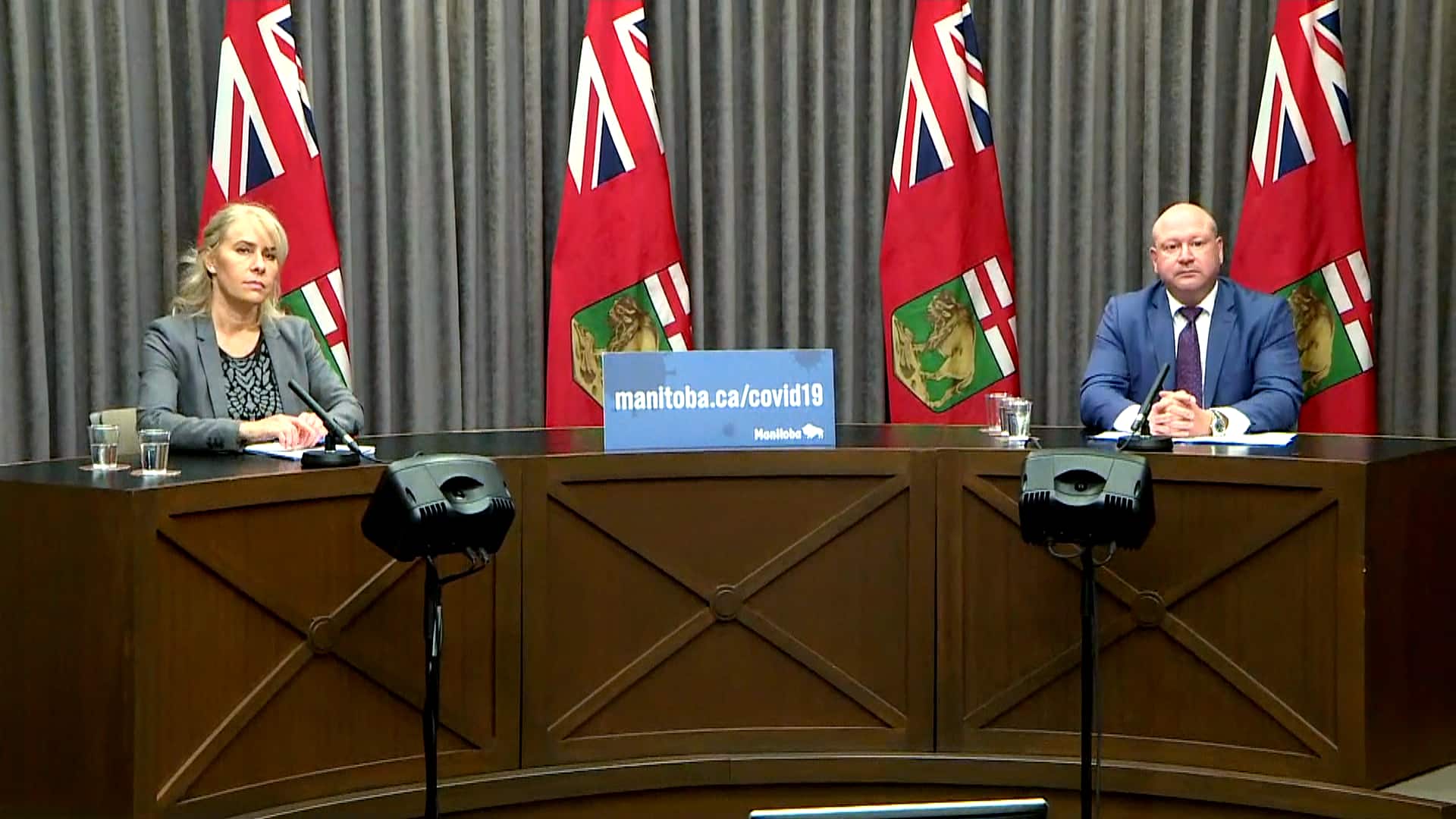