That brings the total number of deaths related to the novel coronavirus in Manitoba to 886.

Both of the deaths were women in their 90s in the Winnipeg health region. One of them was linked to an outbreak at the Charleswood Care Centre.

Chief Provincial Public Health Officer Dr. Brent Roussin said he's heard of people who had 60 contacts and someone who had guests at their house while awaiting COVID-19 test results, which later came back positive.

"These are the examples that will lead us back into November and December, and there's a lot of things we can do right now as we reopen things to prevent widespread transmission of this virus," Roussin said.

Overall, Manitoba's numbers are on a good trajectory, he said.

In November and December, Manitoba fit into the worst-case scenario, and now it's in the second to best scenario, Roussin said.

"If we stayed on these lines, we'll continue to see a downward trend. As we loosen things, as we get less and less adherence, then we start slipping into the other scenarios," he said.

However, add in variants that are more transmissible and that "shifts us to higher case counts within each of the public health restriction levels," he said.

The five-day COVID-19 test positivity rate — a rolling average of the number of tests that come back positive — is up slightly to 5.4 per cent provincially and 4.4 per cent in Winnipeg.

Those are climbing slightly, which is expected because of the loosening of the public health restrictions, Roussin said. There's less community transmission and more known contacts, he said.

As public health restrictions ease in some areas, they need to be ramped up in others, in light of the four cases of the B117 coronavirus variant first identified in the U.K. that have been recorded in the province, Roussin said.

That means the province is lowering the threshold to be considered a close contact for all COVID-19 cases from 15 minutes to 10 minutes in proximity.

"This is a guide. If there is high-risk contacts where we feel somebody was absolutely exposed to droplets, then that could be as low as just a few seconds or minutes," Roussin said.

"We'll have more people identified as close contacts, so more people having to self-isolate."

There are now 206 COVID-19 patients in hospital in Manitoba, down two since Sunday, with 32 of those people in intensive care.

There were 1,790 tests were completed on Sunday, bringing the total number of lab tests completed since early February 2020 to 514,357, the province said.

The update comes a day after Manitoba reported its lowest daily increase in cases in nearly two weeks.

Manitoba announced 58 new cases on Sunday. The last time the daily number of new cases was that low was on Feb. 8, when 53 new infections were announced. 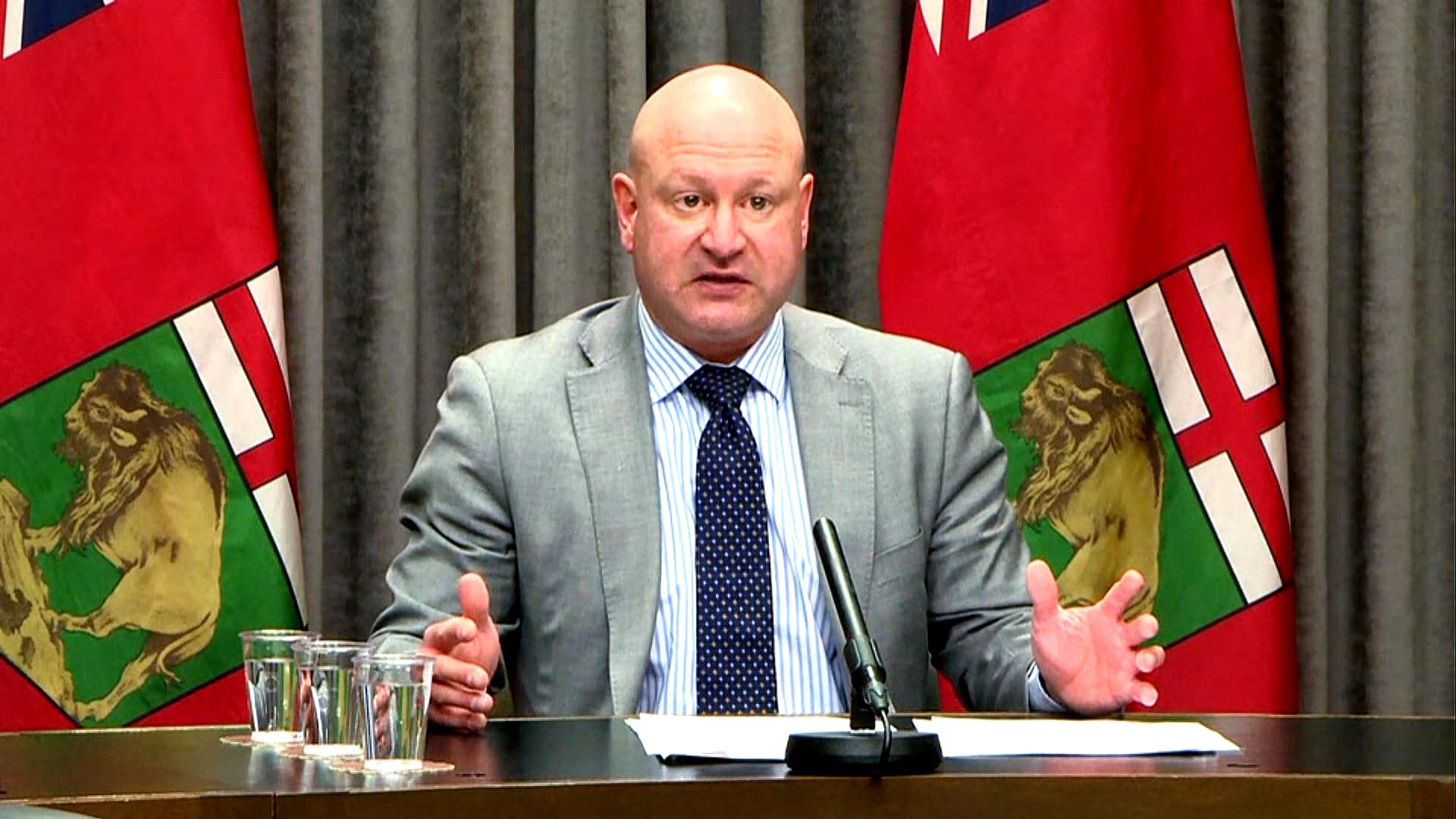