People in parts of Manitoba will see new restrictions starting Monday, as health officials work to slow the spread of COVID-19 in high-risk settings like isolated communities and schools.

For the fourth time in as many weeks, the Manitoba government has introduced sweeping new rules in a desperate effort to get a handle on record-breaking COVID-19 numbers before they spiral out of control.

This time, the restrictions will apply to people in the northern part of the province, where there are increasing signs of community spread and cases among vulnerable populations, like those experiencing homelessness.

"We know that the north is already at risk for transmission of this virus, especially in remote, isolated communities, [with limited] access to health care," Chief Provincial Public Health Officer Dr. Brent Roussin said at a news conference Thursday.

That prompted the decision to move the Northern Health region to the orange, or "restricted," level on the province's pandemic response system, effective Monday. The decision was made in consultation with municipal and First Nations leaders in the region, Roussin said.

The rules coming to northern Manitoba are the same as those already in place in the Winnipeg area, including a five-person cap on gatherings.

Those measures came into effect in Winnipeg on Monday, after a looser set of restrictions introduced at the end of September, and rules aimed at restaurants and bars the following week, failed to slow the spread of the illness in the region.

The province also announced new measures Thursday for schools in both the Northern Health region and the Winnipeg area, in response to overall increases in community spread of COVID-19.

While many hoped cases would have dwindled a month out from Winnipeg's move to the orange pandemic response level, the reality has been the opposite.

In recent weeks, the province has seen its worst COVID-19 numbers to date. That continued on Thursday, when Manitoba announced four more deaths linked to the illness and 42 hospitalizations — both new daily records. Eight of the people hospitalized are in intensive care.

The province also saw its second-highest one-day increase in cases, with 147 announced Thursday.

The Northern Health region (and the northern town of Churchill, which is technically part of the Winnipeg health region) will stay at the orange level for at least two weeks, Roussin said, as overall cases in the area are on the rise.

Meanwhile, an outbreak was declared at the Ochekwi Sipi Cree Nation Personal Care Home on Fisher River Cree Nation after a health-care worker there tested positive for COVID-19. The facility in the Interlake community has been moved to the red, or critical, level on the pandemic response system.

Two of Manitoba's latest COVID-19 deaths — men in their 70s and 80s — are linked to Winnipeg's Parkview Place personal care home, which has become the deadliest care-home outbreak in the province, with 14 deaths as of Thursday, Roussin said.

The other two deaths were men in their 80s in the Winnipeg and Interlake-Eastern health regions.

Meanwhile, schools in both northern Manitoba and the Winnipeg area may see more remote learning starting Monday, as the province brings in more restrictions to slow the spread of COVID-19 in those settings.

The new restrictions come as a third Manitoba school has been elevated to the orange level in the pandemic response system because of the possibility COVID-19 is spreading within its walls. The outbreak at Arborgate School in La Broquerie, Man., now includes three people, Seine River School Division superintendent Mike Borgfjord said on Thursday.

The new rules include ensuring two-metre physical distancing as much as possible, adjusting classroom space as needed.

There's also the possibility of offering temporary remote learning options for students from kindergarten to Grade 8.

All other public health measures will stay in effect, and blended in-class and online learning for high school students will continue.

The province is also dealing with outbreaks in several high-risk settings, including a poultry processing plant in Blumenort, Man., where an employee died after contracting COVID-19.

Late Thursday, the Victoria General Hospital in Winnipeg declared an outbreak and closed two of its units after two patients tested positive. That follows an outbreak at St. Boniface Hospital that closed two units there on Wednesday.

Headingley Correctional Centre has also seen an outbreak, which had spread to 29 inmates and three staff as of Wednesday.

RCMP also announced Thursday they were notified the day before that a Manitoba officer has tested positive.

The general duty officer was working in Selkirk and surrounding areas during the day on Oct. 11-13.

The officer was wearing a mask but did interact with the public those days, RCMP said. A contact tracing investigation is underway.

The University of Winnipeg sent a notice to students Thursday of three cases of COVID-19 on its campus: two within the U of W Collegiate, and one involving a staff member.

Meanwhile, the outbreak at the Bethesda Place personal care home in Steinbach, where several residents died after contracting COVID-19, has been declared over.

There have now been 3,773 cases of COVID-19 identified in Manitoba. Of those, 1,920 people have recovered, 47 have died and 1,806 are considered active — though Roussin has previously said that number is skewed because of a data entry backlog.

Another 2,220 COVID-19 tests were completed in Manitoba on Wednesday, bringing the total done since early February to 233,222. 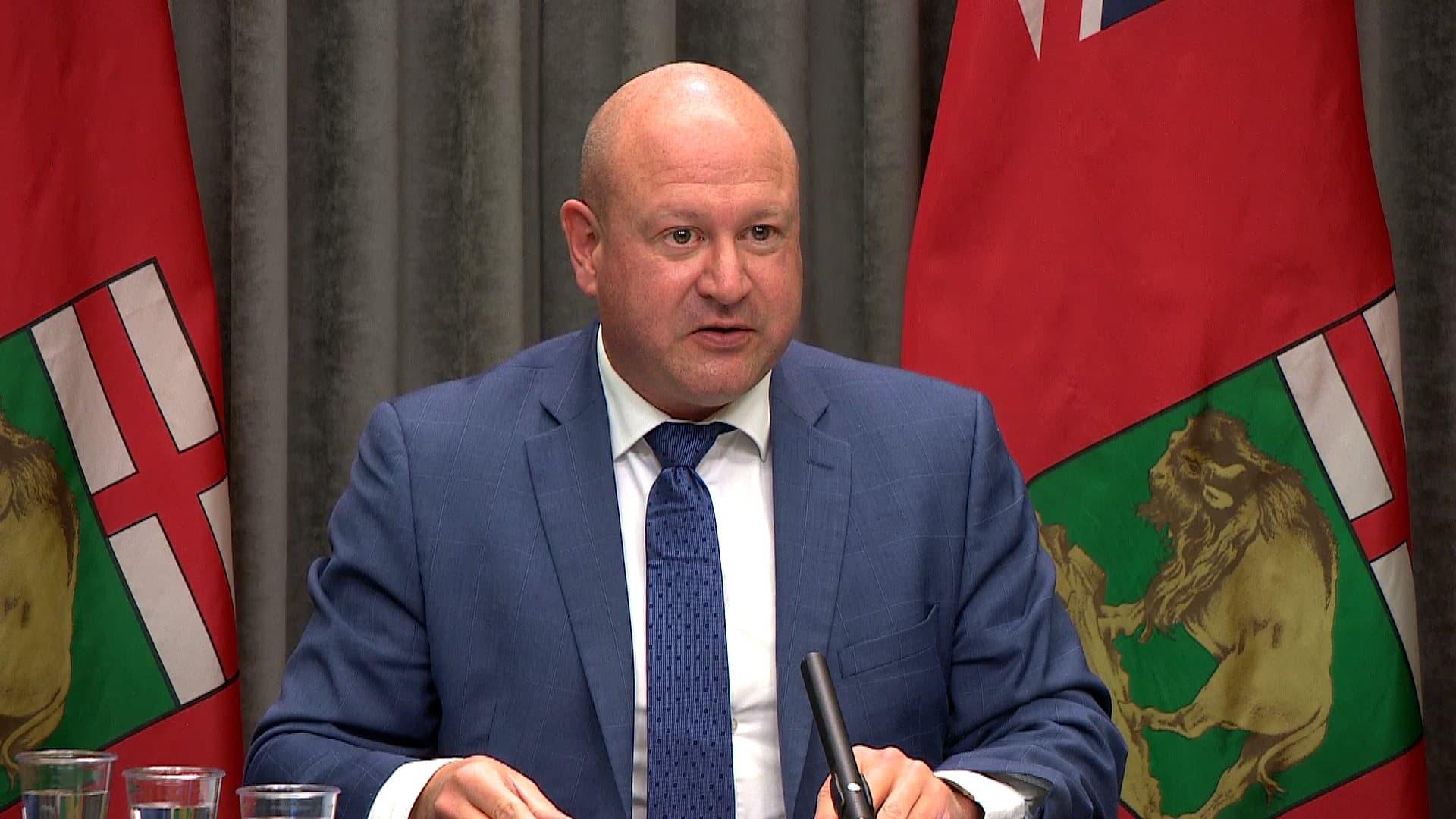