Holiday gatherings will be outlawed in Manitoba this year as sweeping COVID-19 restrictions will be extended into the new year, though officials have added a number of exemptions to the provincial health order.

Holiday gatherings will be outlawed in Manitoba this year as sweeping COVID-19 restrictions will be extended into the new year, though officials have added a number of exemptions to the provincial health order — including an exemption to allow for drive-in religious services.

The restrictions will continue that prohibit the sale of non-essential items in stores — but some items, such as school supplies, will be added to the "essential" list, and holiday-themed items like Christmas decorations can now be sold. As well, thrift shops will be able to open to sell all items in store under the revised orders.

But orders that prohibit visitors at private residences, with only a few exceptions, will remain in place — meaning no gatherings in homes for Christmas beyond members of a household.

Pallister said Tuesday that the orders, which initially came into effect last month, have worked — but restrictions are still needed.

"This is not a victory lap. These numbers are not sustainable … but Manitobans need to know that what they've done has helped."

He made the comments as Manitoba announced 13 more COVID-19 deaths, 245 new cases and a provincial test positivity rate of 13.3 per cent.

The premier also said the federal government confirmed Monday night that Manitoba's allocation of doses for the Moderna vaccine has been boosted by 15 per cent to take into account the large Indigenous population in the province. The Pfizer vaccine, which requires ultra-cold storage, is expected to trickle into the province as early as next week.

Initial provincewide restrictions came into effect Nov. 12, and were soon tightened even further, ushering in widespread closures to the retail sector, places of worship and a range of other services deemed non-essential.

Stores able to stay open have only been allowed to sell essentials in person since Nov. 21, forcing many big box stores to cordon off items with sheets of plastic wrap. (Stores can, however, still offer non-essential items for curbside pickup or delivery.)

The revised public health orders walk back a ban on drive-in church services, which some churches have flouted recently in defiance of health orders.

Under the revised rules, worshippers aren't allowed to leave their vehicles, and vehicles should only carry members of the same household, Roussin said. And he warned the relaxed rules will revert to the old restrictions if people are caught taking advantage of the changes. 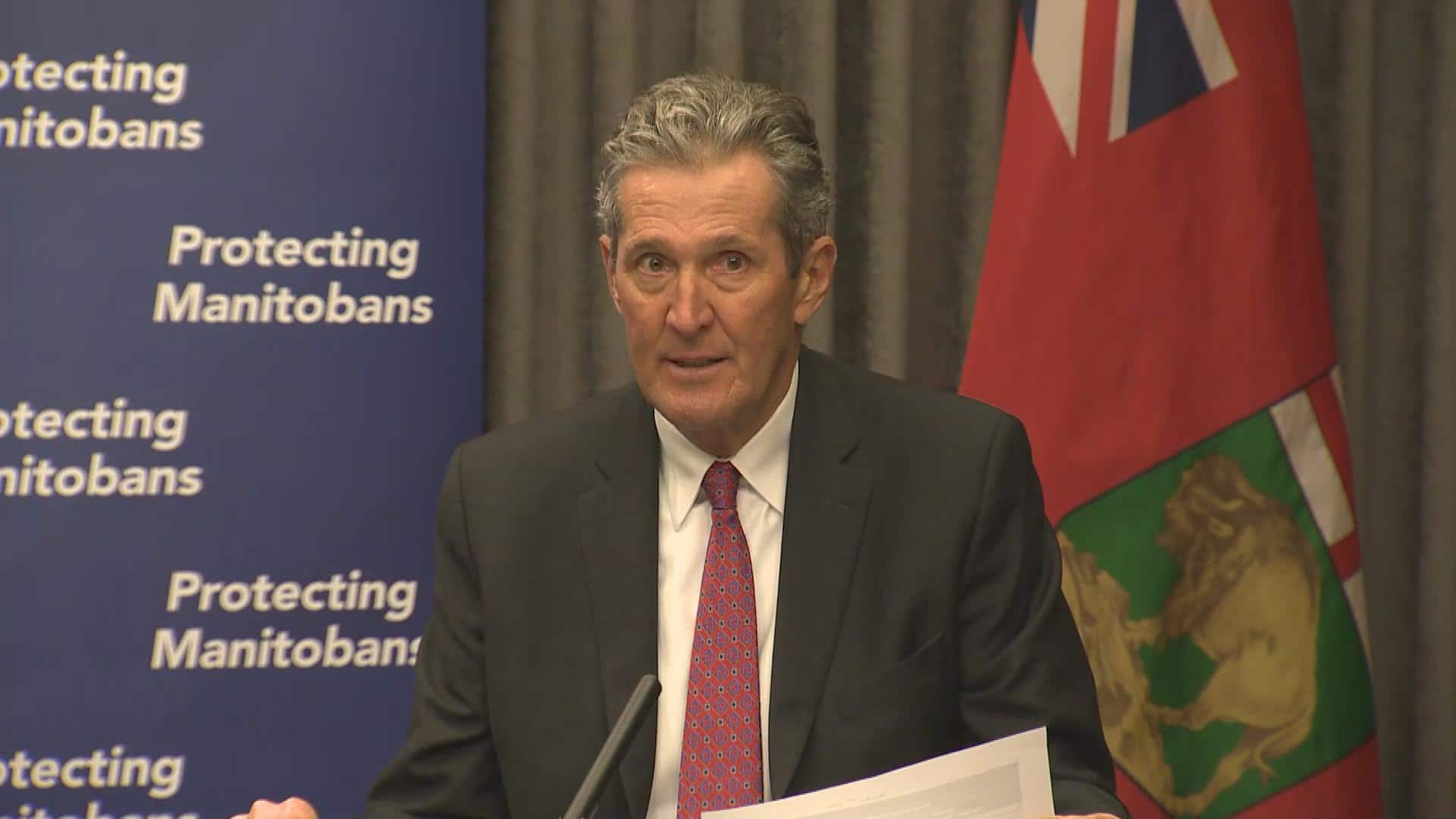 2 months agoVideo
2:09
Manitoba Premier Brian Pallister extended the current public health restrictions in the province until Jan. 8, 2021, saying people need to stay apart now so they can be together in person next year. 2:09

Thrift stores will now be allowed to stay open and sell non-essential items, as low-income Manitobans were disproportionately affected by the closure of those shops, Roussin said.

Food banks will have clearer guidelines on how to operate amid the extended restrictions. They were never forced to cease operations under past orders, but there was confusion around the rules, Roussin said.

Meanwhile, acupuncture and osteopathy services will be permitted. Both were previously barred from offering services, though regulated health professions such as physiotherapy and dentistry were allowed to continue.

School supplies will be listed as essential items, and more guidance is coming on outdoor activities.

The sale of holiday decorations — including Christmas ornaments, wrapping paper and garlands — will be allowed, as will the sale of religious items like menorahs and candles.

Roussin said any reduction in restrictions in the future will be tied to how closely Manitobans adhere to these orders.

"We know that it's going to be challenging going into the holiday season," he said.

"With high levels of compliance we'll start seeing these numbers improve and we can once again get back to some of the things we enjoy and love, such as visiting our loved ones in personal care homes."

With some exceptions, including the recent death of someone under the age of 10, the vast majority of deaths have been among people 60 and over.

The province is also expanding its bridge grant program to home-based businesses, including event planners, photographers, tradespeople and more, said Pallister. They will now have access to up to $5,000 in support.

Pallister said about 6,300 businesses have accessed about $31 million through the bridge grant program to date. 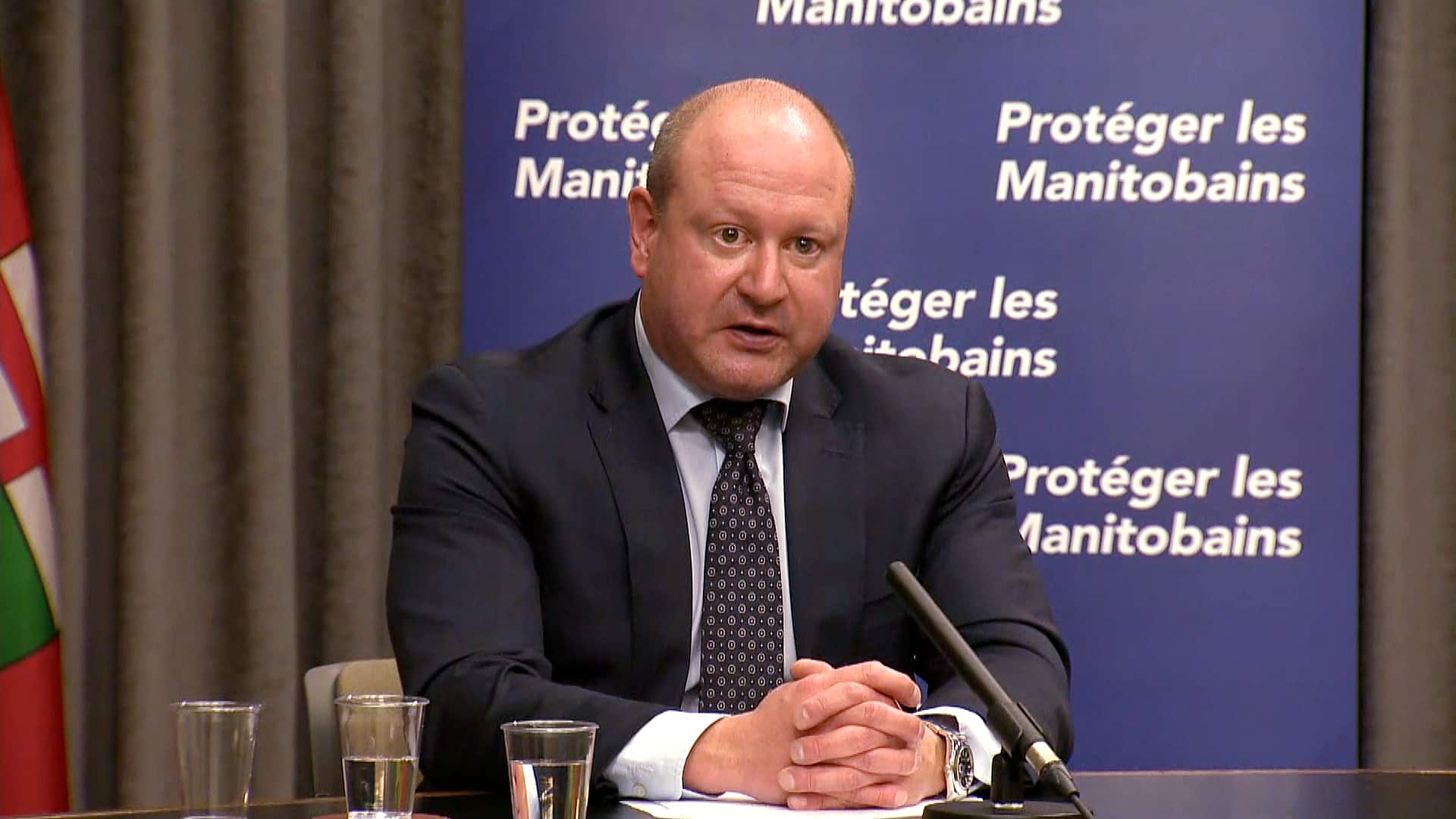 The announcement comes just shy of a month since all of Manitoba was placed under code red, or critical, in the provincial pandemic response system. Even tighter restrictions were brought in just over a week later.

Indoor gatherings were restricted, with exceptions for caregivers, though people who live alone were allowed one designated person to visit with.

Those rules remain, as does a limit on outdoor gatherings to five people, but officials have urged Manitobans to entirely avoid interacting with people who don't live with them.

On Tuesday, Roussin clarified gatherings in backyards or garages are still considered to be at the individual's residence, and are therefore banned.

"One's property is defined as their residence in the orders, so you couldn't have people over that are not household members in your garage. You couldn't have them in the back for a fire," he said.

"Getting out, out and about, staying active is great. But we do need to avoid gatherings.… We want people to find a way to stay active, try to enjoy that winter, you know, try to keep connected with people virtually. But we just have to avoid gathering with people outside your household."

So far, the orders have failed to stave off some of the worst impacts of COVID-19 yet in Manitoba, with nearly 300 COVID-19 deaths since the tighter restrictions came into effect.

Daily cases have recently begun to plateau, albeit in the 300 to 400 range. Test positivity, too, is levelling out but is still above 13 per cent.

Despite the trends, Roussin said the "circuit breaker" health orders introduced in November have helped.

"The red or critical restrictions have helped us avoid that worst-case scenario," he said. "That's why we're extending those orders."

The old order will expire Friday and be replaced with the new orders, which take effect at 12:01 a.m. Saturday. They will expire Jan. 8. 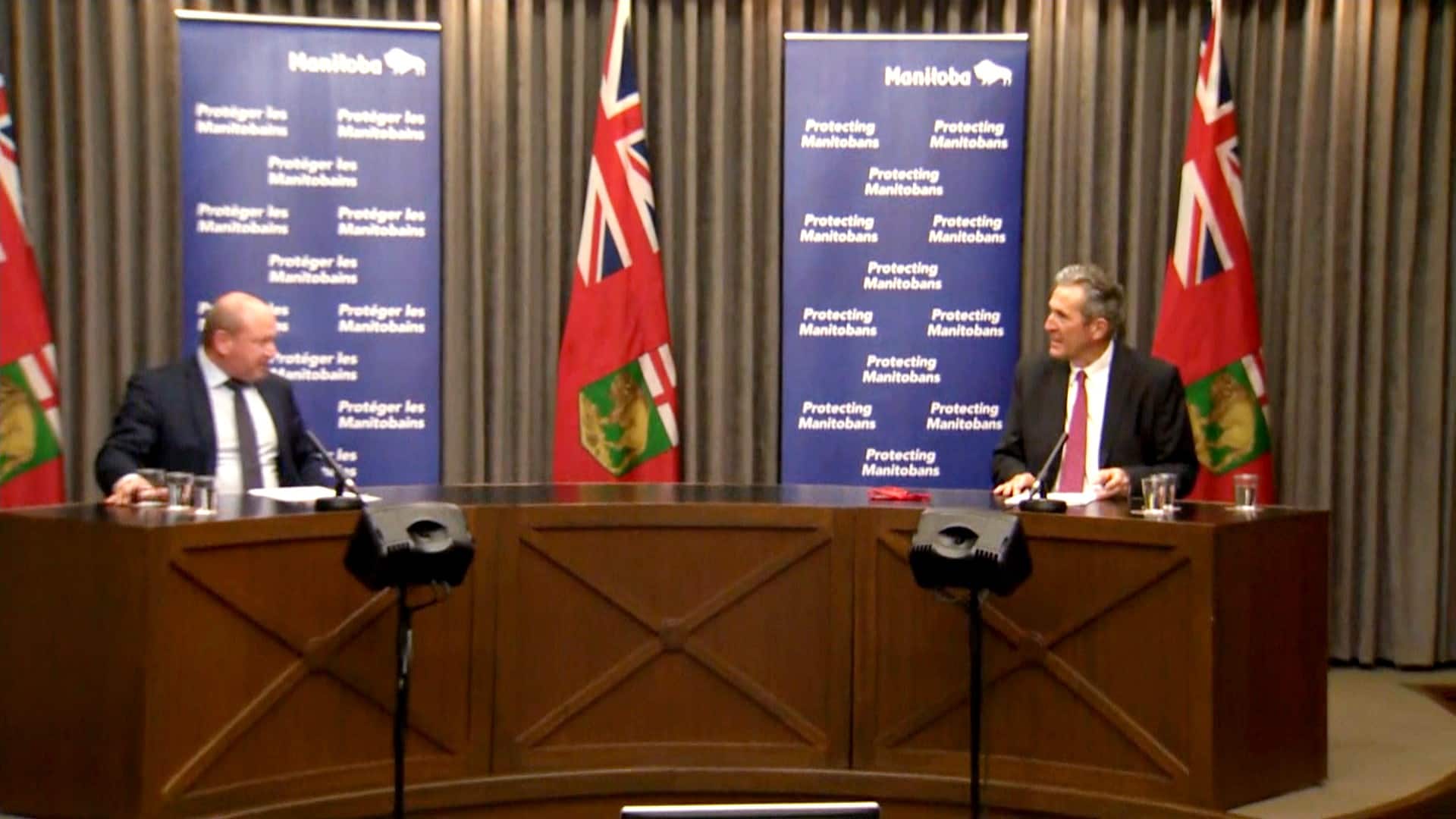