There are now 140 patients with COVID-19 in hospital — up 10 from the day before, and continuing a two-week-long climb in the number of hospitalizations in Manitoba, health officials said Wednesday.

Manitoba has 374 new cases of COVID-19, reversing what had been a steady decline in the daily number of new cases, and second only to the all-time high of 480 new cases reported last Friday.

There are now 140 patients with COVID-19 in hospital — up 10 from the day before, and continuing a two-week-long climb in the number of hospitalizations in Manitoba. There are 21 patients in intensive care units, another new record.

The number of people in hospital with COVID-19 has climbed every day since Oct. 19 — when there were 28 COVID-19 patients in hospital — pushing capacity to the brink.

Hospitals have been forced to cancel some non-urgent and elective procedures and add critical care beds, to make space for an expected surge of COVID-19 patients over the coming weeks.

A total of 216 surgeries have been postponed in Winnipeg in the last week, "as we gradually slow down elective and non-urgent surgical services," said Lanette Siragusa, chief nursing officer for Manitoba Shared Health.

"Despite the cancellations, a number of surgeries are continuing.... Assume it's proceeding, unless you've heard otherwise," she said.

Of the 80 total ICU beds in the province, 72 are currently in use. Fourteen of the 21 COVID-19 patients in intensive care are on ventilators, Siragusa said.

Work has begun to make extra space for non-COVID-19 patients in order to free up room for patients with the illness. Siragusa gave the example of the former Women's Hospital at Health Sciences Centre, which is being set up to take non-COVID patients from the main hospital.

A group of 200 Manitoba doctors and scientists wrote a letter to the premier on Monday, saying the health system is overwhelmed and calling on the province to provide emergency funding to deal with the spike in cases.

This led to Health Minister Cameron Friesen questioning the motives of the doctors who wrote the letter, saying it was timed to produce "chaos."

When asked whether he agreed with the minister, Dr. Brent Roussin, the province's chief public health officer, said he couldn't speak to anyone's motivations.

"Really, the message that came out [from the letter] isn't contradictory to what we've been saying: This is a very important juncture in time. It is a very critical time for Manitobans, that we turn the tide on the transmission of this virus," Roussin said at Wednesday's news conference.

'This is not simply the flu'

The two deaths announced Wednesday bring the total since the start of the pandemic to 87 in Manitoba — a number that has climbed from 20 at the start of October.

Roussin noted the province has reported more than 20 COVID-19 deaths in the past week alone. He compared that to the 29 deaths caused by the flu last year.

"We've learned a lot over time from this virus, but what we always knew is that this is not simply the flu." 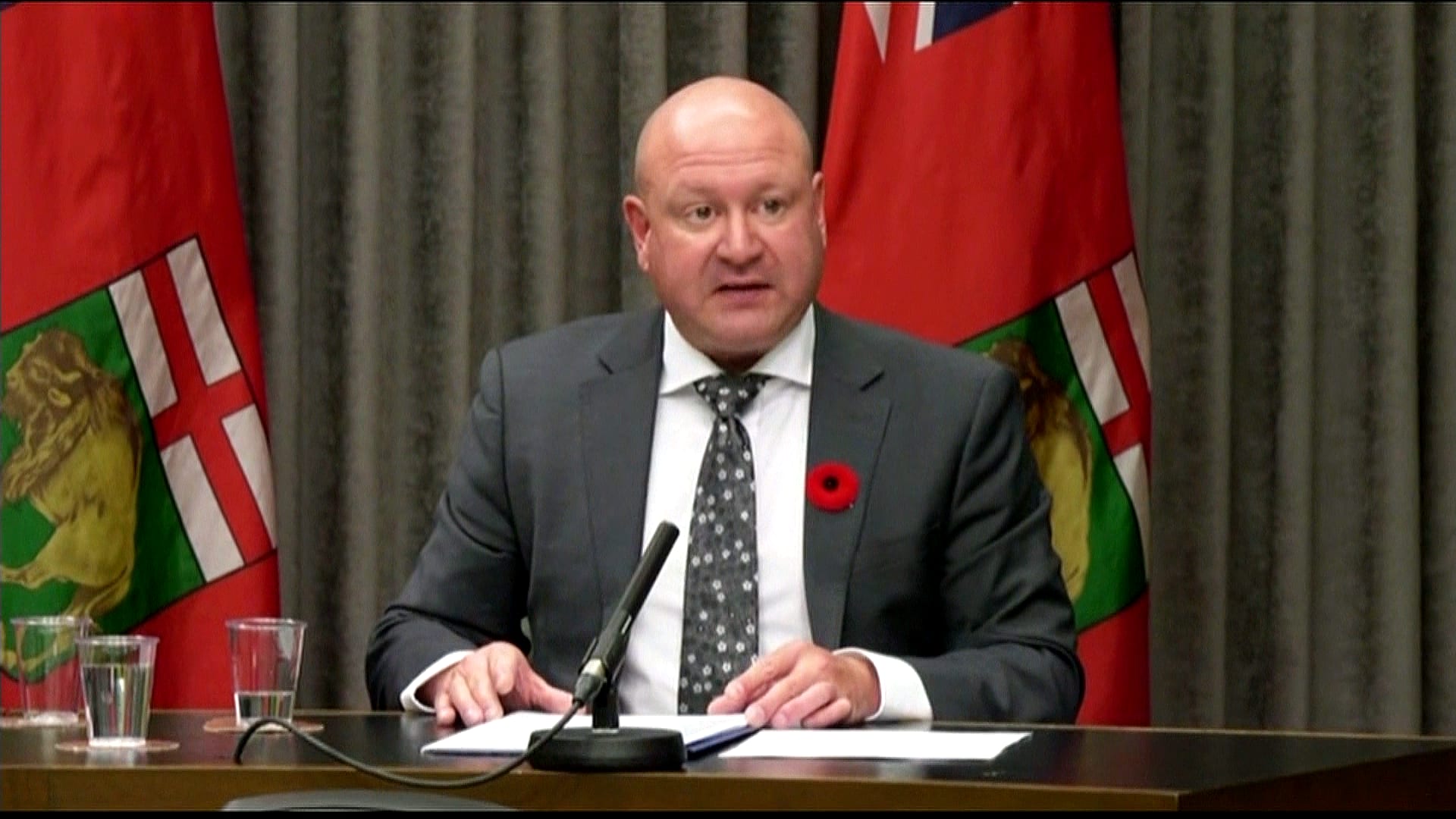 4 months ago
0:50
Manitoba has had 87 COVID-19-related deaths so far, with 21 announced in the last week alone, Dr. Brent Roussin said at a news conference Wednesday. That compares to a total of 21 deaths related to the flu in all of last year, he said. 0:50

One of the deaths announced Wednesday, a woman in her 80s, is linked to the outbreak at the Maples Long Term Care Home in Winnipeg. This brings the total number of deaths at the care home to eight, Roussin said Wednesday.

The outbreak has resulted in 166 people, including 120 residents and 46 staff members, testing positive at the care home.

So far, 25 patients and 15 staff members have tested positive for COVID-19 in connection with that outbreak.

One more patient at Victoria General Hospital in Winnipeg has also tested positive for the illness, for a total of 41 as of Tuesday. There have also been 37 staff infections and one death related to the outbreak at Victoria.

The outbreak at the Parkview Place care home in Winnipeg has grown to 147 cases, with 111 residents and 36 staff members infected. That outbreak has led to 23 deaths, making it the deadliest in the province.

An outbreak at the Headingley Correctional Institution now has 112 infections, including 87 inmates and 25 staff.

Manitoba's five-day test-positivity rate — a rolling average of the number of COVID-19 tests that come back positive — is 8.5, the lowest it's been since last Thursday.

The bulk of Wednesday's new cases — 276 — are in the Winnipeg health region. There were also 67 in the Southern Health region, 14 in Northern Health, 12 in the Interlake-Eastern region and five in Prairie Mountain Health. 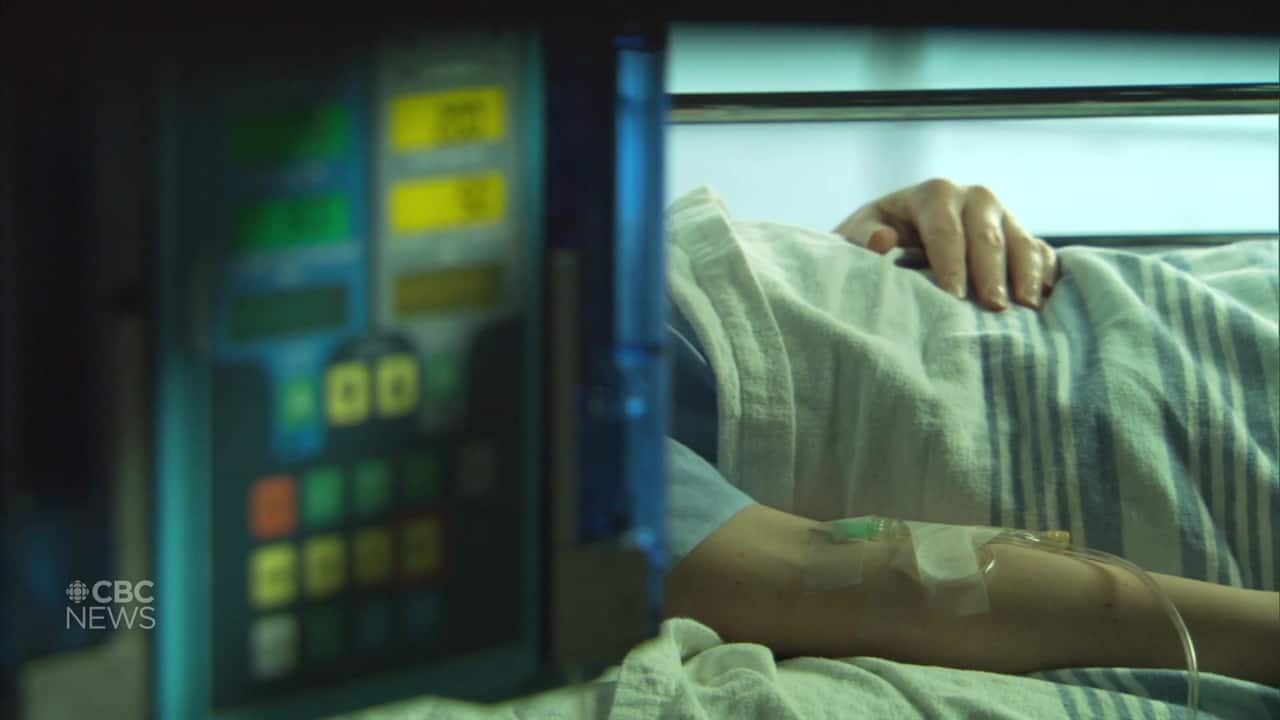 The new cases bring the province's total since the start of the pandemic to 6,751. Provincial data shows 3,772 cases still active and 2,892 people recovered, although the number of active cases is likely inflated due to a backlog in clearing recovered cases.

A new outbreak has been declared at another Winnipeg personal care home, this time at Actionmarguerite in St. Boniface. Outbreak protocols were previously put in place at the care home when cases were identified there in September.

An outbreak has also been declared at Manitoba Hydro's Keeyask site, which the province announced Tuesday was being moved to the red, or critical, level on the province's pandemic scale.

The provincial government announced two new COVID-19 testing sites will open this week. A site in Winkler will open Thursday at 485 George Ave., and a new Winnipeg drive-thru site will open Sunday at the University of Manitoba's SmartPark at 1 Research Rd.

Manitoba health officials announced a number of potential new exposures to COVID-19, including more school exposures and a funeral. 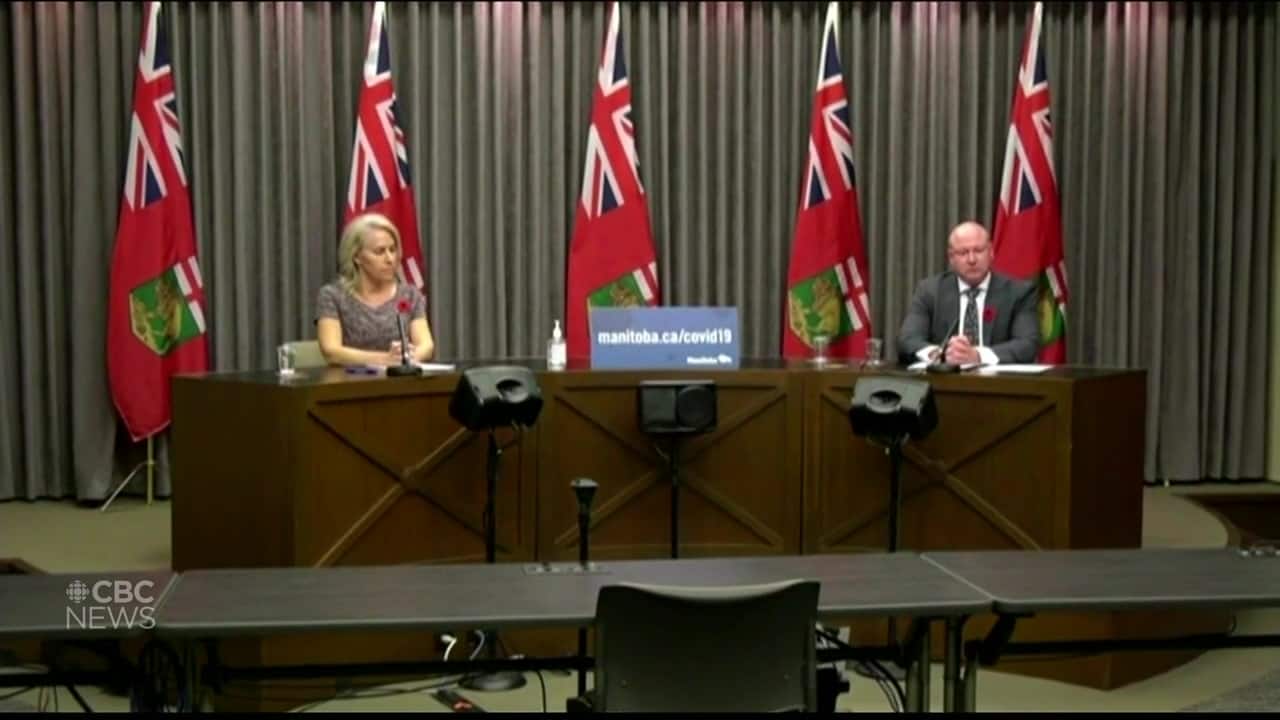