The number of people in hospital with COVID-19 in Manitoba cracked the 200 mark for the first time on Tuesday, as the province added hundreds of new cases and health officials imposed a provincewide partial lockdown.

The number of people in hospital with COVID-19 in Manitoba cracked the 200 mark for the first time on Tuesday, as the province added hundreds of new cases and health officials imposed a provincewide partial lockdown.

There are now 207 people are in hospital — 15 more than Monday — including 30 in intensive care units.

"Our health-care system is under the strain of widespread community transmission of this virus," said Lanette Siragusa, chief nursing officer of Manitoba Shared Health, at a news conference on Tuesday.

Manitoba has 384 new cases of COVID-19 and five more people have died from the illness, health officials announced.

For the second time in two days, the province also announced the death of a health worker infected with COVID-19.

"We can sadly confirm a Southern Health-Santé Sud staff member has passed," a spokesperson for Shared Health said in an email statement Tuesday afternoon.

On Monday, the province confirmed the death of a health-care aide connected to an outbreak at Victoria General Hospital in Winnipeg.

The death of the Southern Health worker was not among the five announced earlier Tuesday, which included a woman in her 80s linked to the outbreak at the Maples personal care home.

The province's five-day test-positivity rate — a rolling average of the percentage of COVID-19 tests that come back positive — is 10.6 per cent. That's the highest it's ever been, and a jump of more than one percentage point from Monday.

The update comes as Manitobans brace for weeks of a partial lockdown coming into effect Thursday.

Earlier on Tuesday, Chief Provincial Public Health Officer Dr. Brent Roussin and Premier Brian Pallister announced that all of Manitoba would move to critical or red, the highest level on the province's pandemic scale, bringing in new restrictions to slow the rapid rise in COVID-19 infections.

The new restrictions will remain in place for at least two weeks, but will likely last longer unless the province sees a dramatic decrease in its hospitalizations, test-positivity rate and daily case numbers, Roussin said.

Health officials have been working to expand hospital capacity to deal with the sharp increase in COVID-19 patients. Four more ICU beds were added at the Grace Hospital on Monday, bringing the province's total of 89, Siragusa said.

Although health officials have managed to free up some capacity in hospitals — for example, by postponing 449 non-urgent and elective surgeries since Oct. 26 — prevention should be the primary focus, said Siragusa.

Hospitals "are the backup plan for the public health measures," she said.

Outbreaks have spread to more than three dozen personal care homes and assisted living centres, infecting 500 people and leading to 48 deaths, according to provincial data.

Health Minister Cameron Friesen has called for immediate independent investigations of the Maples care home, where 22 people had died as of the weekend, and Parkview Place, where 23 have died.

Manitoba surpassed 100 COVID-19 deaths over the weekend, with more than half of those connected to outbreaks at hospitals and personal care homes.

With these latest cases, a total of 8,878 people have tested positive in Manitoba since the start of the pandemic.

According to the province's data, there are 5,390 active cases of COVID-19 in Manitoba, and 3,374 people have recovered, but health officials have said the number of active cases is likely inflated because of a backlog in clearing recovered cases.

The number of new daily cases has remained alarmingly high across much of the province, despite a series of escalating restrictions in multiple jurisdictions over the last month.

The bulk of Tuesday's new cases — 216 — are in the Winnipeg Health region.

There are 83 new cases in the Southern Health region, 41 in Northern Health, 26 in the Interlake-Eastern health region and 18 in Prairie Mountain Health. 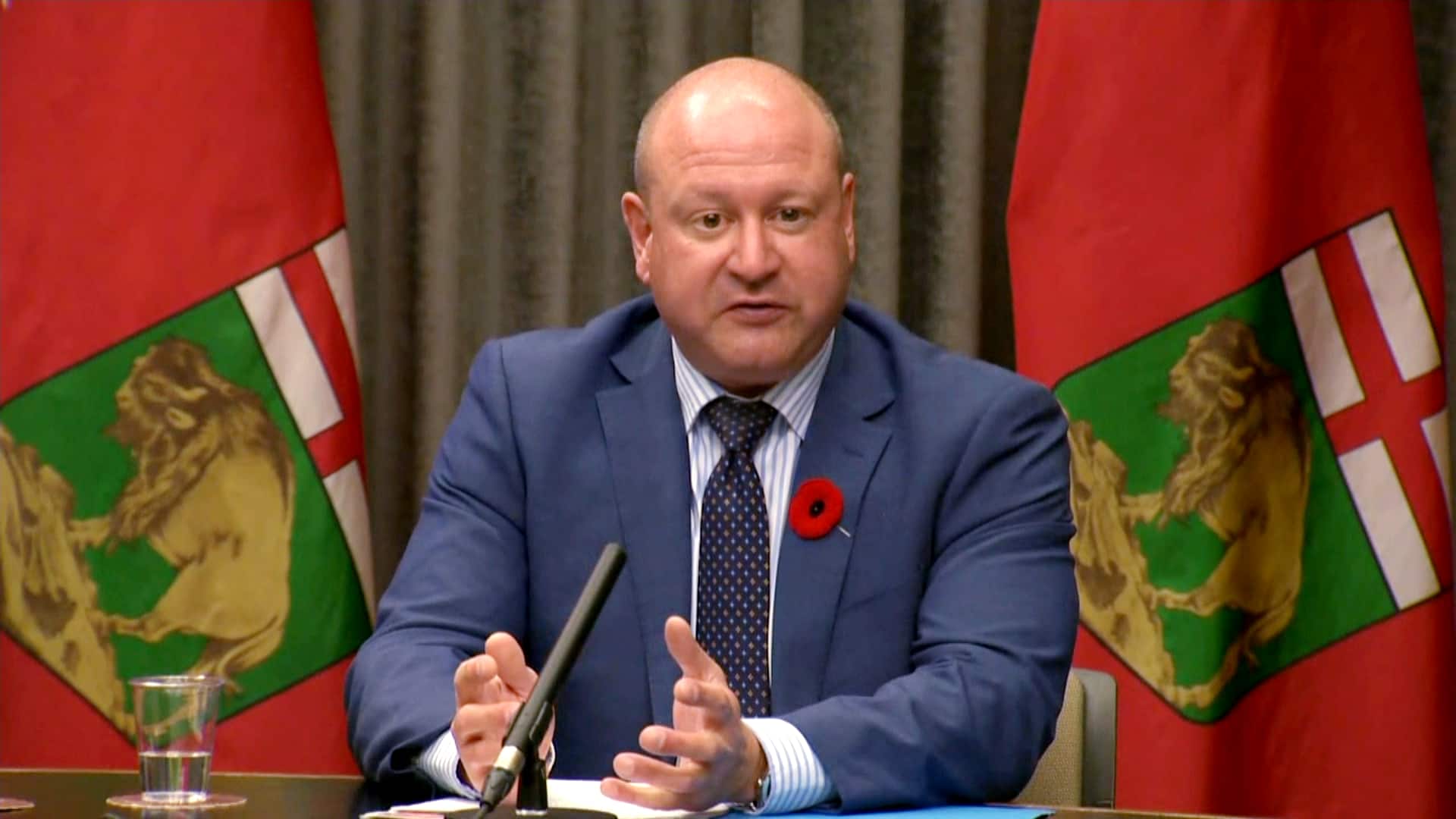 More possible exposures, mostly in schools, were announced on Tuesday: