Dr. Brent Roussin, Manitoba's chief provincial public health officer, said almost all of the cases identified in the province are related to international travel — except one, which is connected to travel in British Columbia, and another, which is still being investigated.

Dr. Roussin reminds travellers to self-isolate for 14 days even if their tests come back negative

The total number of cases of COVID-19 in Manitoba has risen to 20 as of Sunday afternoon.

Health officials said late Sunday afternoon they had identified a probable case involving a man in his 40s living in Winnipeg.

It's believed the case is related to travel.

At the province's daily COVID-19 news briefing earlier on Sunday, Chief Provincial Public Health Officer Dr. Brent Roussin said almost all the cases in Manitoba of COVID-19 are related to travel, and one Manitoba patient got the virus after going to B.C. The cause of one other case is still under investigation.

"I would advise Manitobans to stay home when they can, practise good social distancing and I would strongly caution against travel outside of Manitoba right now," he said.

Roussin reminded all international travellers who come back to Manitoba to self-isolate for 14 days and to avoid going out even to grocery stores.

'Not the time for business as usual'

He encouraged everyone to practise social distancing and avoid gathering in groups, and suggested parents cancel in-person play dates.

Lanette Siragusa, chief nursing officer for Manitoba Shared Health, said a record 2,300 calls were made to Health Links Saturday, and the average wait time was about 47 minutes.

Siragusa said there are about 50 people working each day to answer phones, and that the lines — which jumped from about 29 before the virus to more than 100 — are open 24 hours a day.

She said the province's new online screening tool for COVID-19 got about 30,000 hits Saturday, and more than 220,000 since it launched on Tuesday. 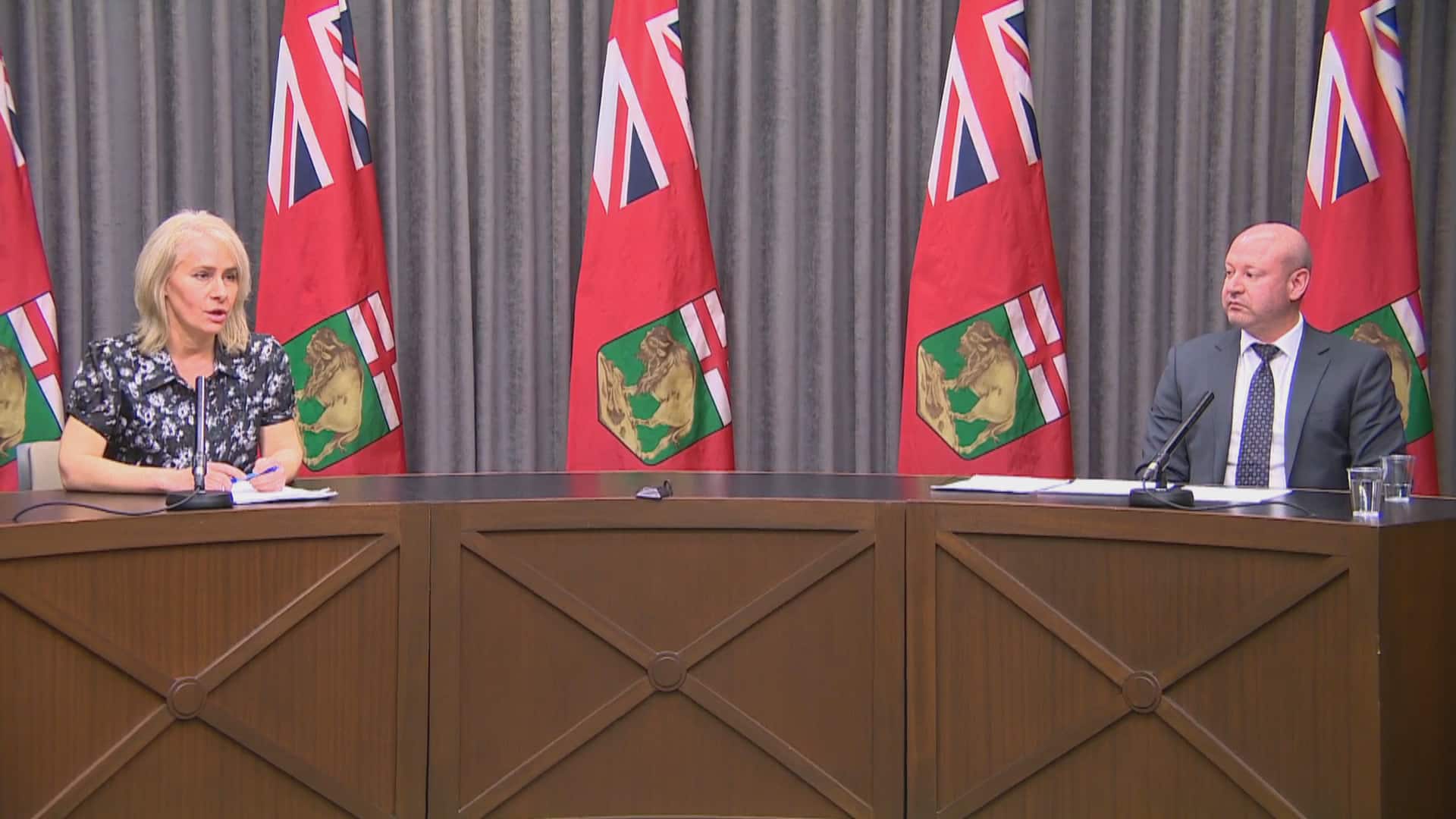 Siragusa said 242 people visited community testing sites in Manitoba on Saturday, for a total of about 3,600 people since the first ones opened on March 9.

Siragusa said all critical care patients in Manitoba hospitals have been tested for COVID-19. She said the province is prepared for the situation unfolding, but that it is still likely to last a while.

"This is really a marathon, not a sprint," Siragusa said.

Roussin was asked about measures taken in Nova Scotia, which have limited gatherings to no more than five people. He said nothing is off the table.

When asked about Manitoba's new 30-day limit on prescription drugs, Roussin encouraged people not to hoard.

Roussin reminded everyone arriving in Manitoba that they need to self-isolate for 14 days. He said even if a person who had symptoms got tested and had a negative result, they should still isolate because symptoms could develop within the 14-day window health officials are asking people to isolate in.

"Negative tests don't get you out of an incubation period," Roussin said.

He said the province is looking to continue increasing its capacity to test for COVID-19, but is focusing the resources it has right now on testing people with symptoms who have travelled internationally.

"That's why we focus on the efficient use of it, testing people who are most high risk," he said. "But at the same time, plans [are] in place for when we see that increased capacity, how we're going to expand."

Roussin said the province's social distancing strategies can also help protect against asymptomatic spread — which is from people who have the virus, but don't show any symptoms — because they're recommending people stay away from large gatherings where people could transmit the virus to many others without realizing it.

He said there have been a few parts of the testing process that have caused delays. At a national level, there was a shortage of a reagent — a testing material — used as part of the process. Roussin said there were also issues with swabs and other materials.

Roussin said the turnaround for test results is generally 24-48 hours after the Cadham Provincial Laboratory in Winnipeg receives a test, adding rural and remote tests will take longer.

He said as of last week, there was priority given to health care workers' tests done in long-term care facilities, and to First Nations because they are at risk of an outbreak.

Roussin said he hopes by next week they will be back to the 48-hour turnaround.

No community transmission yet

There is still no evidence of community transmission of the virus in Manitoba, but Roussin said the health care system is prepared to see it.

"We're going to do what we can to contain it. We certainly have not given up our containment phase but the more and more you see this virus introduced into your region the more likely you're going to see community-based transmission."

Siragusa said health officials are watching for an increase in people going to Manitoba hospitals with respiratory issues to identify when community spread starts happening within the province.

So far, she said, those numbers are low, especially compared to regions with evidence of people getting the virus from within their own community — but they're still keeping a close eye on it.