2 more deaths in Manitoba from COVID-19

One death connected to outbreak at Assiniboine Centre in Brandon, second to communal living setting: Roussin

Two more people have died from COVID-19 in Manitoba, including one case linked to a cluster at a Brandon health-care facility that was declared an outbreak last month, provincial health officials announced Monday.

A total of 18 people have now died from the new coronavirus in Manitoba since the start of the pandemic.

Roussin also announced 22 more cases in the province, including 16 in Winnipeg, continuing a trend that has seen the city lead the province in new confirmed cases announced daily.

"There has been a concerning increase in the number of cases in Winnipeg, with many cases having large numbers of close contacts," health officials said in a news release.

Roussin said the rate of community transmission in Winnipeg is currently between 20 and 25 per cent.

"Certainly the trend is in the wrong direction for us right now," he said. 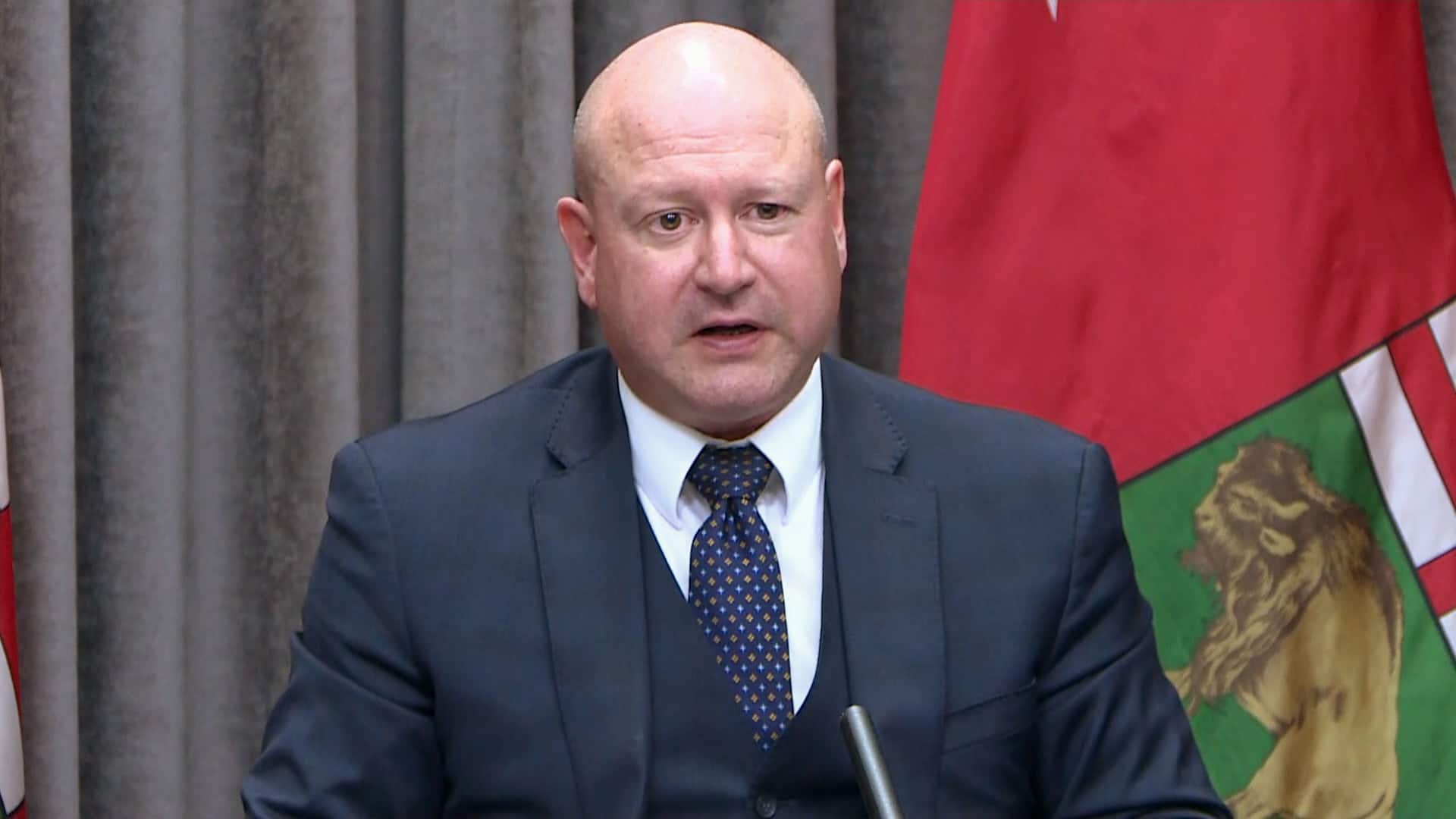 1 month ago
1:04
Chief Provincial Public Health Officer Dr. Brent Roussin said Monday that a series of new cases had high lists of close contacts, and some people had been going out while symptomatic for days before getting a test. 1:04

Roussin would not commit to introducing stricter public health measures in Winnipeg, like what health officials did in the Prairie Mountain Health region in August.

Although the total number of active cases in Winnipeg (284) is similar to what they were in the southwestern Manitoba region at the time those measures were introduced, Roussin pointed out the population in Winnipeg is much larger.

"We don't want to see the numbers continue to trend up that way," he said. "We have to adhere to those fundamentals, as we've done before in the first wave, as we've done that in Prairie Mountain Health, we can see that those measures are effective."

Roussin said there are three more locations in Winnipeg where people may have been exposed to the coronavirus.

Earls restaurant also confirmed Monday afternoon that an employee at its Polo Park location has tested positive for COVID-19. A spokesperson said the restaurant has been working closely with health officials and the risk to the public is deemed to be low. The restaurant is remaining open at this time.

On the weekend, the province warned of potential exposures at three Manitoba schools — Garden City Collegiate and Gordon Bell High School in Winnipeg and Meadows School in Brandon.

More cases were identified over the weekend linked to an outbreak at John Pritchard School, where students in grades 6, 7 and 8, as well as those in a split grade 4/5 class and the Henderson Early Learning Centre were sent home after a number of people tested positive.

Roussin said health officials are still compiling the total number of people infected, but he said the new cases are connected to the same cohort that was initially sent home, so no additional cohorts are affected.

There have now been 1,608 cases of COVID-19 in Manitoba, with eight people currently hospitalized, including two in intensive care, and 18 deaths.

On Sunday, Manitoba's five-day test positivity rate, a rolling average of the COVID-19 tests that come back positive, was at 1.8 per cent, down from 1.9 per cent on Sunday.

There are now 363 active cases in Manitoba and 1,227 people have recovered. 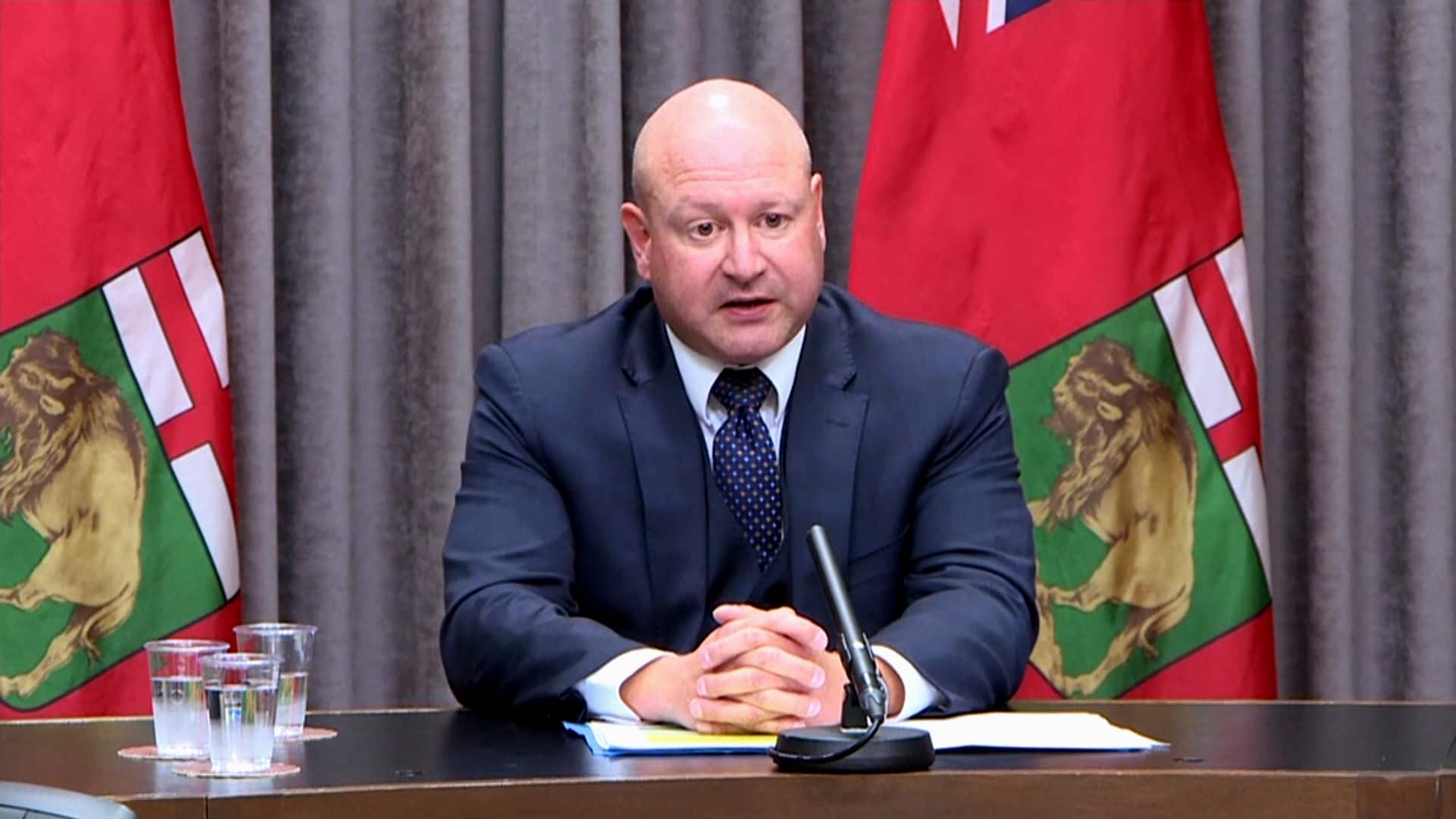 With files from Caitlyn Gowriluk