Manitoba announced four deaths and 167 new cases of COVID-19 on Monday, the lowest numbers in more than a month.

This is the first time since Nov. 3 that Manitoba's daily count of new cases has been below 200.

"However, we must remain vigilant. We can't let these numbers lull us into a false sense of security," especially during the holiday season, he said.

Officials also announced Monday that one previously announced case was removed from the province's case numbers, leaving the total number of confirmed COVID-19 cases in the province since the start of the pandemic at 23,025. Provincial data shows 5,736 active cases in Manitoba, but the province has previously said that number may be inflated due to data entry backlogs.

Despite the lower numbers of new cases and deaths, the number of COVID-19 patients needing medical care remains high.

The number of Manitobans in hospital with the illness climbed slightly to 382, including 310 patients who are still considered infectious. There are 49 patients in intensive care units in Manitoba with COVID-19, 42 of whom are still in their infectious stage.

Of the total 76 patients on ventilators in Manitoba hospitals, 39 have tested positive for COVID-19.

An outbreak at the Swan Valley Health Centre in Swan River has been declared over.

For the first time in more than a month, Health Minister Cameron Friesen participated in Monday's news conference, along with Siragusa and Atwal.

Friesen last held a news conference with reporters on Nov. 13, when he announced an investigation into Maples Care Home — the site of the province's deadliest personal care home outbreak — after eight residents died within 48 hours during the first weekend of November.

It was also Friesen's first media appearance since Premier Brian Pallister said last week he is thinking about appointing a second health minister to help the province fight its high COVID-19 case numbers.

Friesen declined to speculate Monday on what the division of responsibilities between two health ministers might look like.

"I'm fully focused on the work in front of me responding to COVID-19," said Friesen, who joined the news conference by phone.

"As ministers, you know, we get assignments, not explanations, and I've been honoured to serve as health minister for over two-and-a-half years in this province.

"But right now, what Manitobans need is leaders leading, and that's what I plan to do in my role for as long as I have it."

The latest update comes days before Christmas, and as health leaders in the province have pleaded with Manitobans to avoid gathering with people outside their households over the holidays.

Recent daily case counts have begun to fall, weeks after the entire province went to red-level restrictions, but officials fear a spike could occur in the next couple of weeks if people don't follow public health orders. 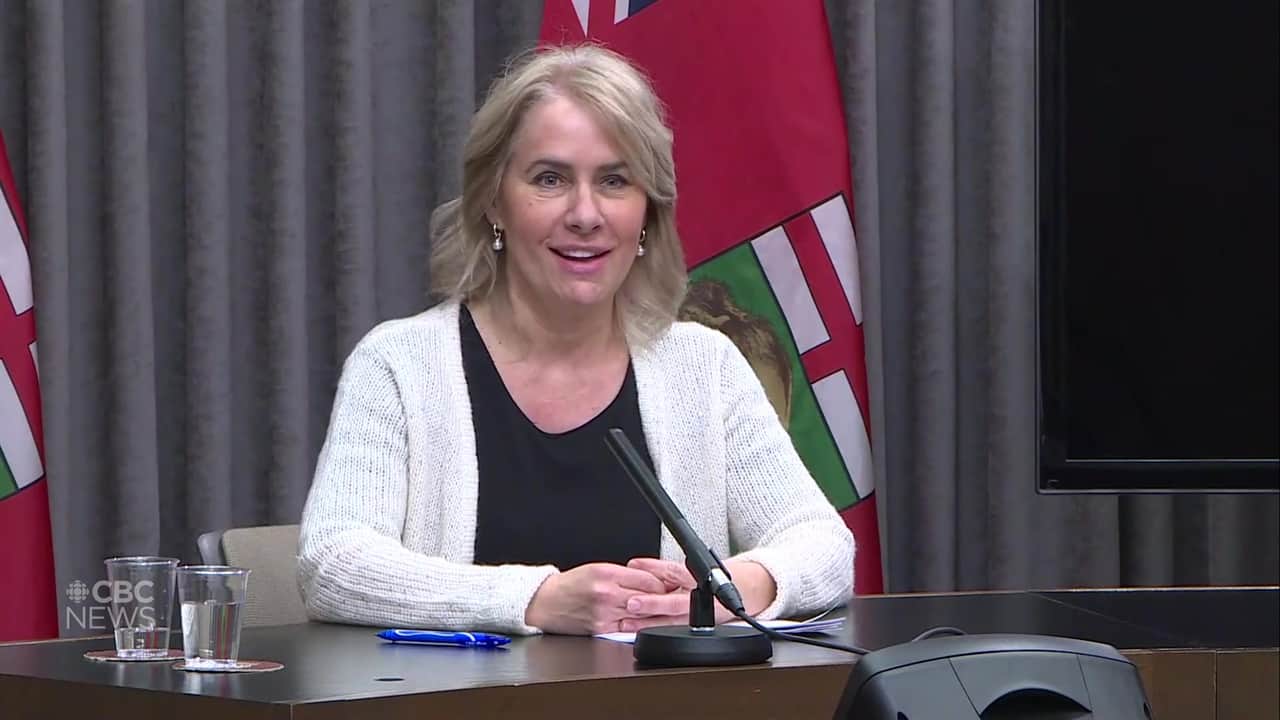 "There's a level of stress going into the holidays," Siragusa said, adding that case numbers appear stable right now, because Manitobans have been doing what public health officials have asked of them.

"However there is a bit of anxiety about still what's to come and how bad could it be? So we're really hoping that everybody stays vigilant."

Currently, there are around 200 people staying in 19 isolation units across the province, ranging in age from infants to people in their 80s.

"Because these individuals are going to be separated from their loved ones over the holidays ... we have been quietly over the last couple of weeks collecting donations to share with these people who are isolating and make sure they have a sense of joy over the holidays," Siragusa said.

Atwal was asked about a new variant of the SARS-CoV-2 coronavirus currently spreading in Britain. He said work on the variant, sometimes called referred to as the B.1.1.7 lineage, is ongoing in national labs under the Public Health Agency of Canada.

"From a Manitoba perspective, we haven't seen that strain in Manitoba at this point," he said. "We are going to do some further work in relation to that as well."

The variant was first seen in Britain in September. However, in recent weeks, it has rapidly replaced the previously dominant strain to become the dominant variant behind COVID-19 infections in southeast England.

The variant does not appear to have more deadly consequences to those infected, but it does appear to be more transmissible, Atwal said. Currently, to the best of researchers' knowledge, it has not been identified in Canada, he said.

"[The new variant] should have no impact on testing, with the testing equipment that we use in Manitoba," he said. "From a vaccine effectiveness standpoint, it appears that it should not impact that, with the information we have right now.

Public health officials in Manitoba are currently reviewing a plan from the National Hockey League to hold a season, beginning in January, including games in Winnipeg, Atwal said.

"What the future holds I think we'll have to take week to week, month to month," he said. "At this point there's no desire to open fans up to watching hockey games."