Manitoba could see 6,250 COVID-19 cases in a year even with current rules in place

Chief Provincial Public Health Officer Dr. Brent Roussin says without physical distancing measures and travel restrictions, current estimates show that Manitoba would have had 933 COVID-19 cases by April 25. Instead, the province had recorded 267 cases by that date.

Manitoba would be expected to see 6,250 cases of COVID-19 if current public health measures stay in place for a year, modelling released Wednesday says — but the province announced earlier in the day it plans to loosen some restrictions starting next week.

Instead, the province had recorded 267 cases by that date.

If that trend had continued, the modelling suggests there would have been upwards of 2,000 cases of the illness caused by the new coronavirus by mid-May.

The details were released in an update outlining Manitoba's plan to curb the spread of COVID-19.

Roussin did not say how many new cases or COVID-19-related deaths the province expects with the loosened restrictions Premier Brian Pallister announced earlier in the day — although he said the modelling reflects the data the province used to make its decision to start reopening.

Manitoba is looking at relatively low numbers of possible deaths related to the virus, he said, which makes modelling difficult.

Roussin announced one new case of COVID-19 on Wednesday, bringing the province's total to 273 cases — 54 of which are considered active.

Five people are in hospital with the illness, none of whom are in intensive care units. Six people diagnosed with COVID-19 in Manitoba have died and 213 have recovered.

There were 448 tests for COVID-19 completed in Manitoba on Tuesday, bringing the province's total to 24,304 tests.

Roussin said the increase in new COVID-19 cases in Manitoba has slowed considerably in the last two weeks.

The province's active caseload — the total number of COVID-19 cases in the province, minus people who have recovered or died — has also been going down recently, he said.

Manitoba now has the capacity to handle more cases of COVID-19 should they arise, Roussin said.

The province's health-care system has 2,432 acute care medical and surgical hospital beds, he said. As of April 26, 977 of those beds were vacant and available for COVID-19 patients — a 40 per cent vacancy rate.

The system also has 86 adult intensive care hospital beds. Twenty-nine of those were vacant and available for COVID-19 patients as of April 22 — a 34 per cent vacancy rate.

Roussin said the province was able to ease some of the restrictions put in place to slow the spread of the virus because people took public health advice seriously from the beginning.

"We've seen this flattening of the curve because we were able to act early," he said.

He said health officials will keep a close eye on early indicators the virus is spreading more — like the number of emergency room visits for respiratory issues and the rate of positive COVID-19 tests — to see if restrictions need to be put back in place in the future.

WATCH | Dr. Brent Roussin says restrictions can be put back in place if needed: 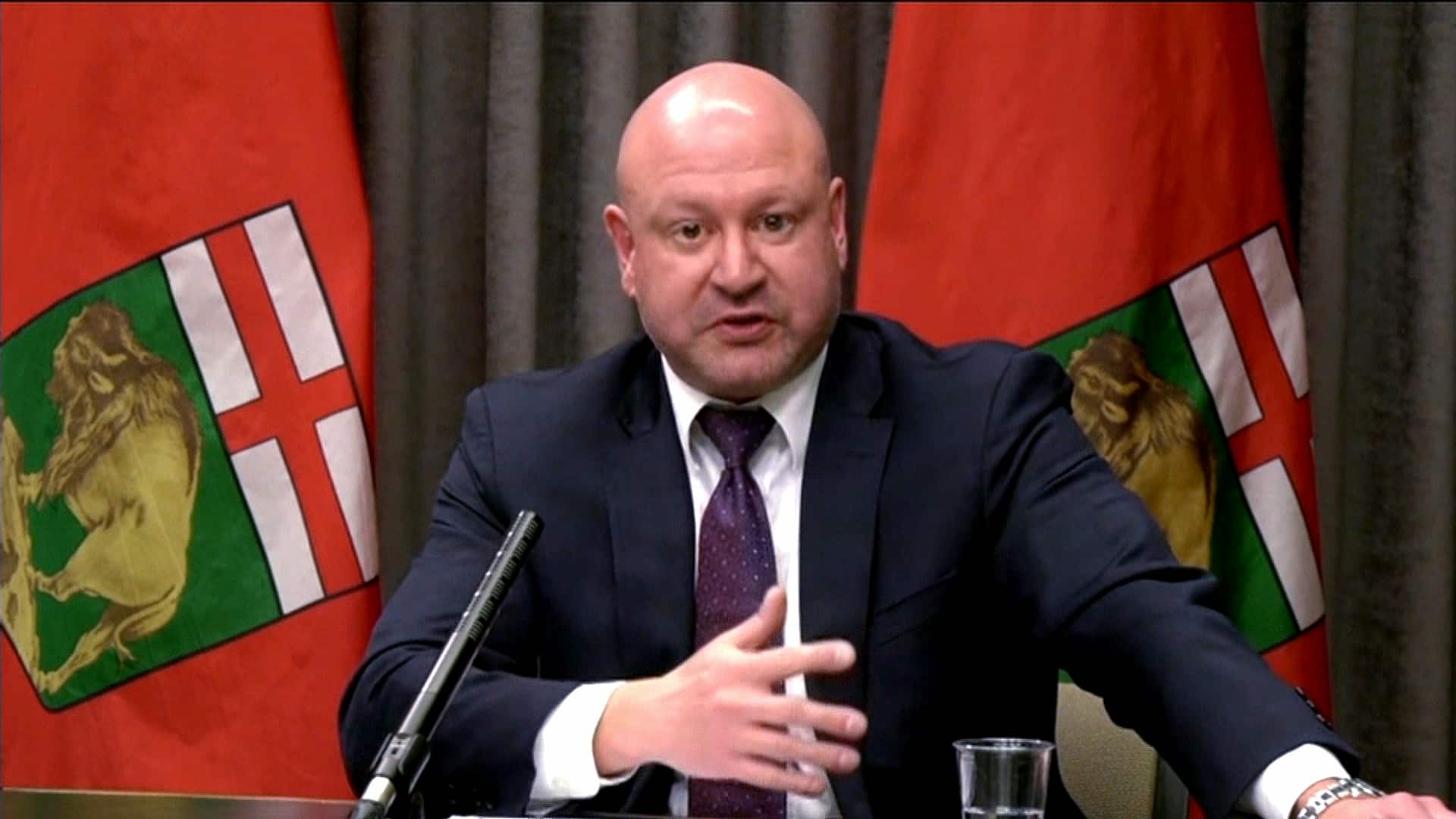 "This is going to be careful, it's going to be cautious and we have the ability to roll this back as soon as we get a sense that things are turning back," he said.

Roussin also said travel restrictions — including a requirement that anyone who travels outside the province must self-isolate for 14 days when they return — will likely stay in place for a while in Manitoba.

But Roussin said if that number starts to rise to between three and five per cent, that would be a cause for concern.

He cautioned the modelling numbers only give a very general idea of what the situation might look like, and shouldn't be taken at face value.

"They're not going to be a crystal ball," he said. "And often they need to be revisited and redone."

While the plan unveiled Wednesday morning detailed some possibilities for reopening down the line, Roussin said the province will not lift any further measures until health officials are confident the plan hasn't made things worse. 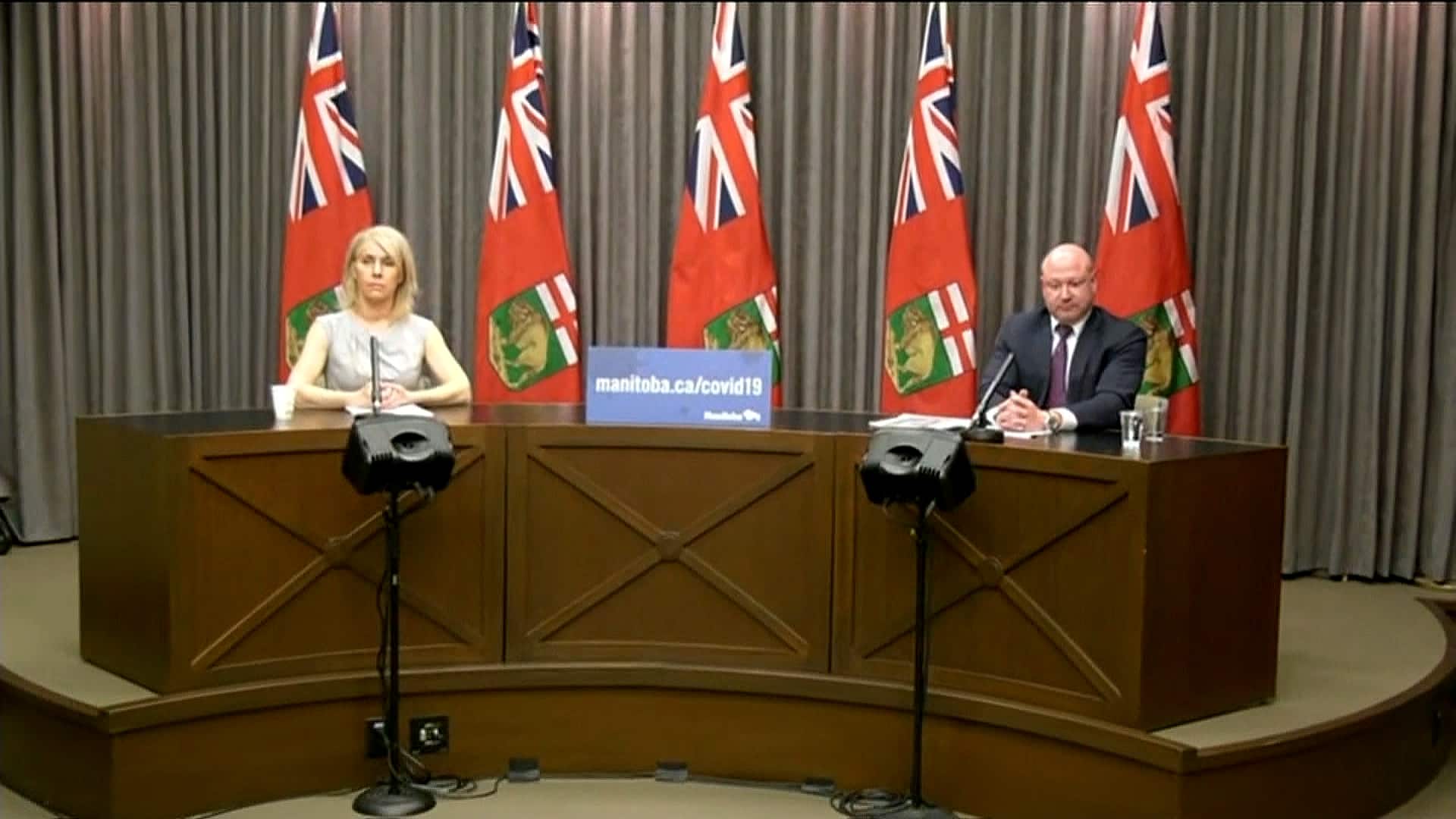