There have been three more COVID-19 deaths in Manitoba as the province set a new record for daily cases with 84 confirmed infections announced Friday.

All 3 deaths linked to personal care homes in Winnipeg

Manitoba had another record-setting day of COVID-19 numbers on Friday with three more deaths and a new record for daily cases with 84 confirmed infections.

The outbreak at Parkview Place is now the deadliest in a Manitoba personal care home, with six deaths.

The current five-day test positivity rate is 3.1, which also ties with the previous record, set on Aug. 26. There are now 933 active cases in Manitoba, including 804 in Winnipeg.

The province has seen a total of 2,428 cases since the start of the pandemic.

Thursday also saw the most tests done in Manitoba in a single day, with 3,196 tests completed, well beyond the previous record of 2,736 set just a day earlier.

The previous highest daily case count was on Aug. 23, when the province announced 72 new cases.

The record-breaking case count comes nearly two weeks after the province elevated Winnipeg's status in the Manitoba pandemic response system to orange, or restricted, in an effort to tamp down steadily rising infection numbers. The orange alert came into effect on Sept. 28.

There are 25 people with COVID-19 in hospital, six of them in intensive care.

The province also announced Friday it is expanding its capacity for testing sites around Winnipeg, where people have experienced hours-long waits to get nasal swabs taken.

Starting this Saturday, the testing site at 2735 Pembina Highway will have added capacity to collect 240 more samples per day, the province said.

Public health officials announced two new possible school exposures — one at the University of Winnipeg Collegiate on Sept. 28 and 30, and Oct. 5 and 7; the other at Kleefeld School in Kleefeld, Man., on Oct. 1 and 2.

In both cases, health officials say there is no evidence of in-school transmission or that the infection was acquired at school.

As Manitobans prepare for Thanksgiving weekend, Chief Provincial Public Health Officer Dr. Brent Roussin issued a plea for families to limit their gatherings to members of their own households and reduce the number of close contacts outside their home. 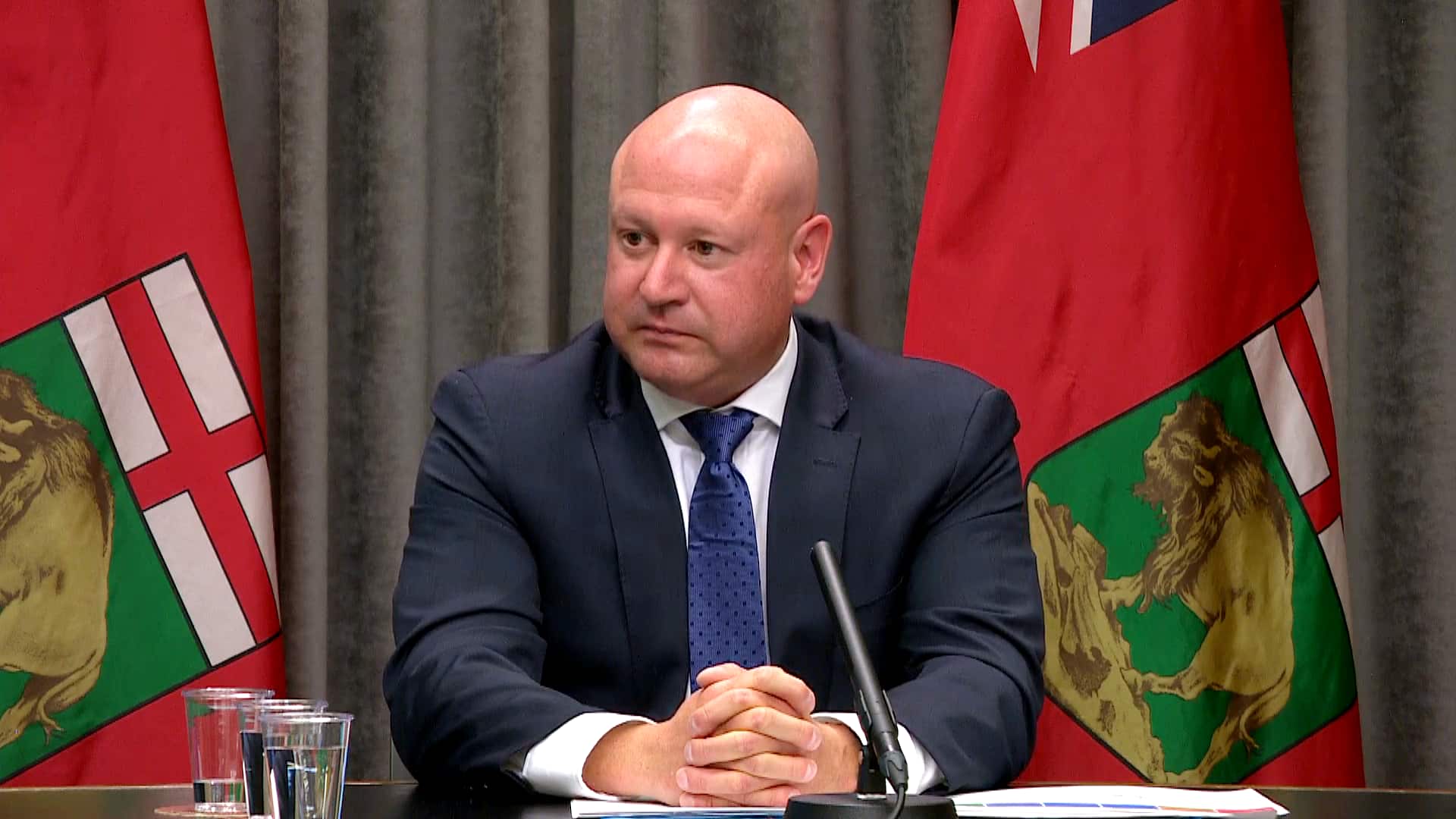 2 months agoVideo
0:49
Dr. Brent Roussin, Manitoba’s chief public health officer, says it’s best to limit Thanksgiving gatherings to household members this year — but if you don’t, there are steps you can take to limit the potential risk of spreading the illness. 0:49

On Thanksgiving Monday, these COVID-19 testing sites will be open: