The Southern Health region — which includes Steinbach, Portage la Prairie, Winkler and Morden — will move to the red, or critical, level on Manitoba's pandemic response system as of Monday.

136 new cases in Winnipeg, 52 in Southern Health, which moves to critical level on pandemic system Monday

Manitoba reported 243 new cases of COVID-19 and five deaths on Friday, while another region was moved to the red, or critical, level in the province's pandemic response system.

Dr. Brent Roussin, the province's chief public health officer, announced during Friday's news conference that the Southern Health region will move to the highest level of the pandemic system as of Monday, Nov. 9.

The region will be under restrictions similar to those currently in place in the Winnipeg area, which moved to the red level earlier this week.

Those additional restrictions include:

These new restrictions are needed to stem the tide of cases in the region and across the province, Roussin said, as just asking people to follow public health advice hasn't worked.

To anyone questioning why these restrictions are being put in place, Roussin said consider the numbers.

"You know, 160 cases in the spring would have been quite alarming. We have 160 people in hospital right now."

Most of the new cases Friday — 136 — were reported in Winnipeg, the current epicentre of the surge.

Another 23 are in Northern Health, 17 are in the Interlake–Eastern region, and 15 cases are in the Prairie Mountain Health region.

These latest deaths bring the number of people who have died from COVID-19 in Manitoba to 96.

There are now a record-high 161 people in the hospital with the illness, with 20 in intensive care, according to the latest figures from the province.

The hospitalization number has risen every day since Oct. 19, when there were 28 COVID-19 patients in Manitoba hospitals.

Critical care beds are 94 per cent full, with 78 of the province's 84 beds in use, said Shared Health Chief Nursing Officer Lanette Siragusa.

Twenty of those patients are COVID-19 positive, with 15 on ventilators, she said.

In recent days, three ICU beds have been added to the health-care system — two in Winnipeg, and one in Brandon, she said.

On Friday, health officials revealed plans to more than triple the number of critical care beds in the province should a surge of COVID-19 patients stretch hospital capacity.

The plan involves shuffling staff and potentially bringing in thousands of students and other specialized health workers.

The province's test-positivity rate — a rolling average of the percentage of COVID-19 tests that come back positive — is now 9.1 per cent, also a new high.

Roussin urged people to reduce their close contacts and only go out for essential reasons to curb the spread of the coronavirus that causes COVID-19.

He also said that health officials have heard reports of people trying to work around COVID-19 rules and asked Manitobans to respect the purpose of those restrictions.

"No one should be looking for ways for Manitobans to gather," he said.

"We know that's challenging but we must maintain our health-care system."

Health officials are also reporting outbreaks at the The Pas Homeless Shelter–Oscar's Place in The Pas, Maplewood Manor in Steinbach, and the St. Norbert personal care home in Winnipeg.

Those sites have now been moved to the red, or critical, level of the the province's pandemic response system.

Other potential exposures are listed on the province's website.

The site will offer COVID-19 testing and also serve as the second community medical clinic.

Roussin said people should only go for testing if they are symptomatic or have been advised to go for testing by public health, because of the high demand and finite amount of resources available right now.

People may be turned away if they don't have symptoms or a referral, he said.

Information on testing locations, hour and how to make an appointment can be found on the province's website. 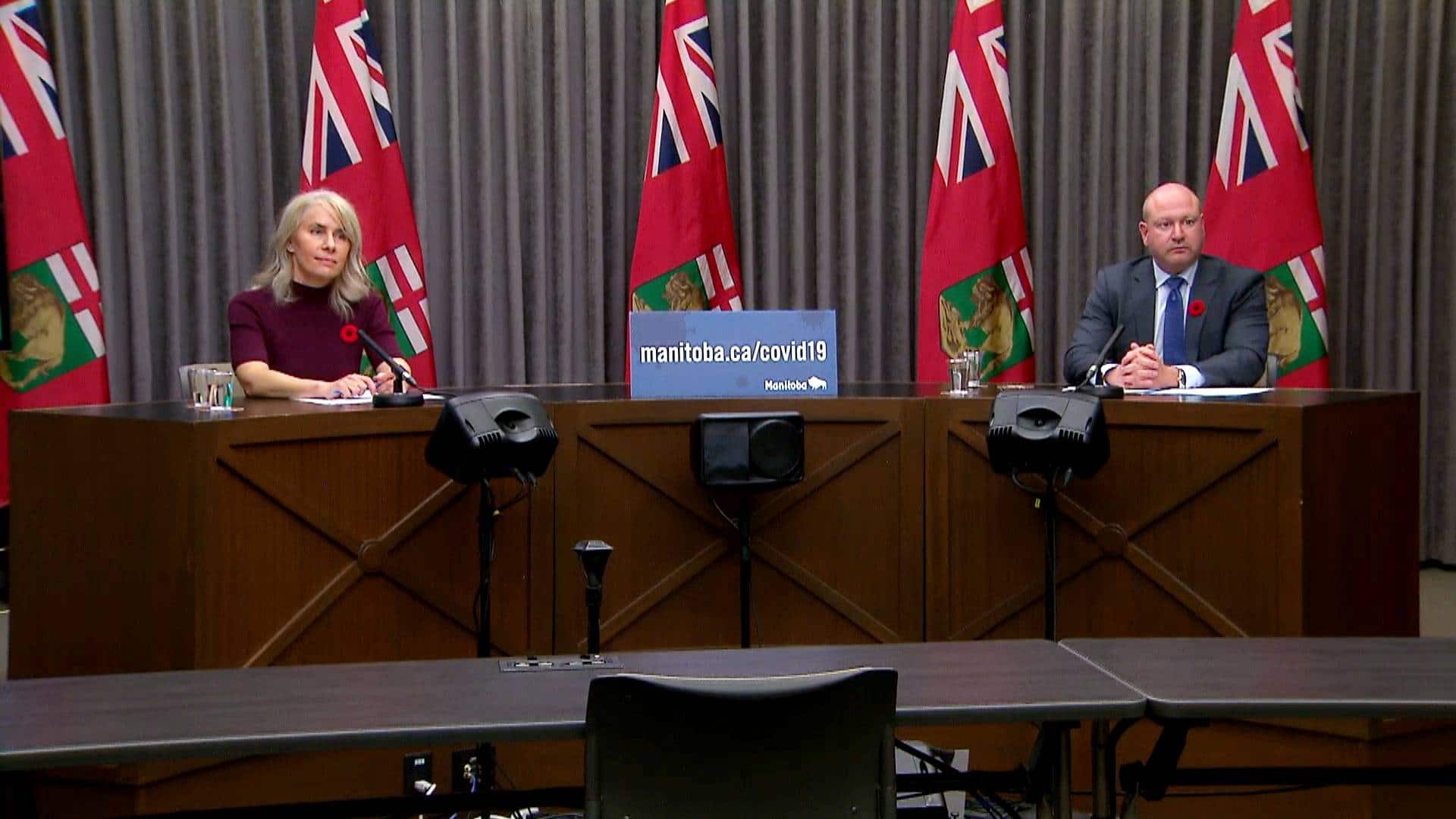