Public gatherings over 50 people have been banned in Manitoba as part of a public health order issued as the province enters a state of emergency.

Public gatherings over 50 people have been banned in Manitoba as part of a public health order issued as the province enters a state of emergency.

Premier Brian Pallister declared a state of emergency Friday morning to deal with the COVID-19 pandemic.

This facilitates a number of emergency measures, starting with a public health order that effectively bans large public gatherings, closes gyms and gaming centres and allows the province to prosecute people or businesses that refuse to comply.

"This is to prepare us, to put us on that footing, so we're able to react and be nimble," Pallister said at a news conference at Manitoba Legislative Building, assuring the public health order is not a prelude to more Draconian measures.

"This is not something we take lightly. We respect the individual rights and freedoms of all our citizens."

The public health order to observe a 50-person gathering limit allows shopping centres, groceries, pharmacies and other retailers to remain open, provided they keep people one to two metres apart.

Restaurants, bars and live performance venues are limited to 50 people or half capacity, whatever is lower. Places like gyms, bingo halls and fitness centres must be closed.

Any public transportation facilities have to ensure that assembling passengers can maintain "a separation of one to two metres from others assembling at the facility," the province says.

WATCH | What does the state of emergency mean? 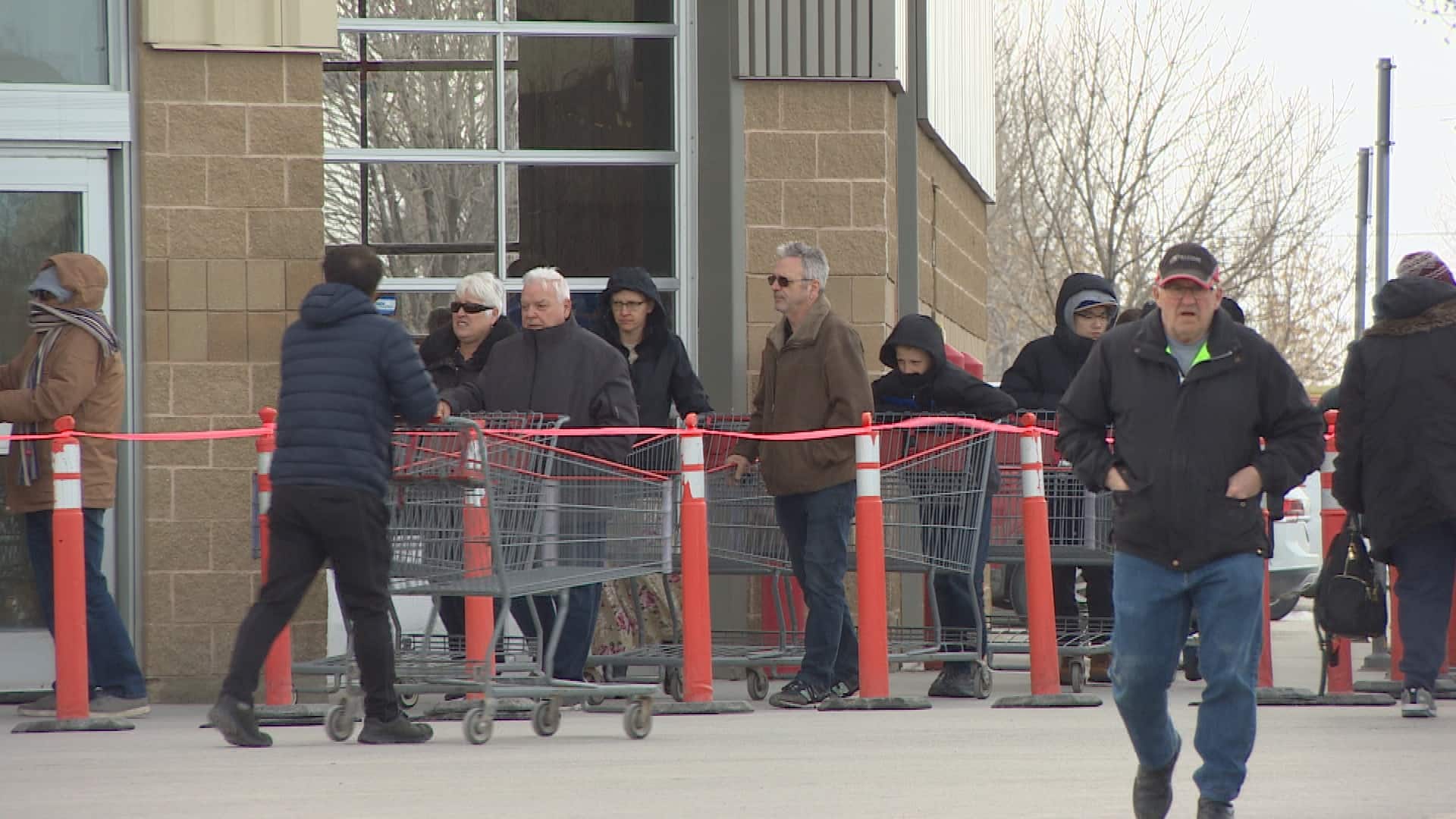 10 months agoVideo
1:55
Premier Brian Pallister declared a state of emergency in Manitoba because of COVID-19 on Friday, March 20. What does it really mean? 1:55

The 50-person limit only applies to public places — not all workplaces. However, the province says all workplaces should "follow good social distancing practices as recommended by public health."

Pallister and chief provincial public health officer Dr. Brent Roussin said many Manitobans are already complying with the order on a volunteer basis.

Pallister, however, said Manitobans should go online and encourage people to boycott businesses that do not comply with the order.

I would encourage Manitobans to be defenders of the safety of all of us.- Premier Brian Pallister

"I'd like you to go on the internet and tell everybody not to shop there. Don't go there, don't honour that kind of behaviour," he said.

"It's unsafe and I would encourage Manitobans to be defenders of the safety of all of us. This is not asking people so much to take the law into their own hands as to use common sense and to assist each other in protecting all of us."

Public health inspectors and peace officers may be used to enforce the order, Roussin said.

At first, violators would be asked to comply. If they do not, successful prosecutions could result in maximum penalties of six months in jail or or $50,000 for individuals who fail to comply with the order. 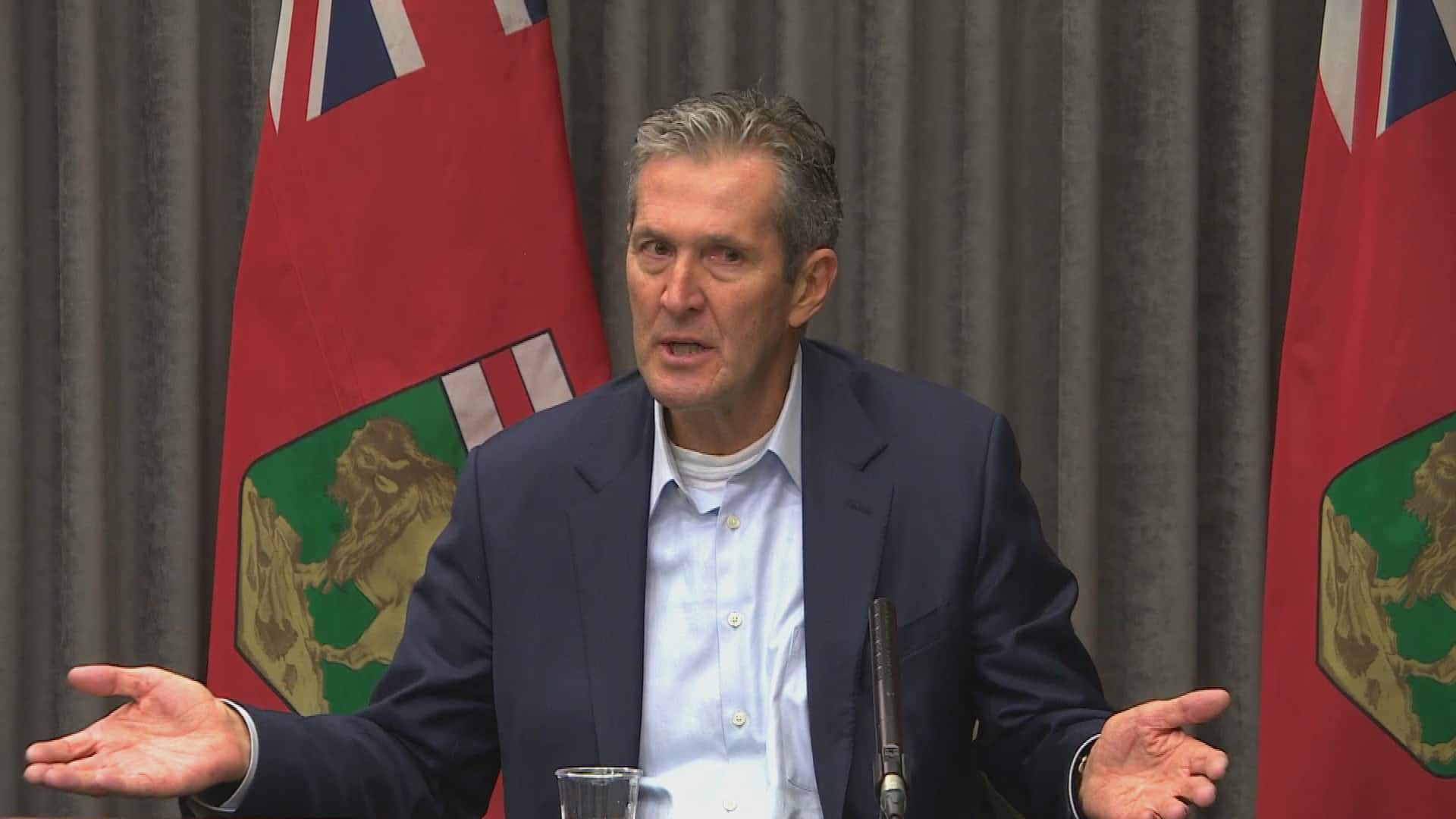 "Go on the internet and tell everybody not to shop there"

Corporations face maximum penalties of $500,000 a day for violating the order.

Pallister said the emergency measure will be in place for 30 days.

There are 17 confirmed and presumptive cases of COVID-19 in the province. One person has been hospitalized.

Manitoba has done more than 3,354 tests for the virus, Roussin said.

The premier urged Manitobans to do their part by volunteering to help others, taking care of children and donating blood.

The order is not intended to isolate people, he said.

"Let's be very clear here: we're in this together. We need one another. Pick up the phone and call a friend, a family member, a neighbour. They might need assistance from you. They may just need to hear your voice. This is a time to support each other," Pallister said.

"I wouldn't want this measure today to be misinterpreted as the first step down a slippery slope to everybody just having to live on their own in a cave somewhere because that's not what we're after here."

WATCH | Premier Brian Pallister urges Manitobans to think of others 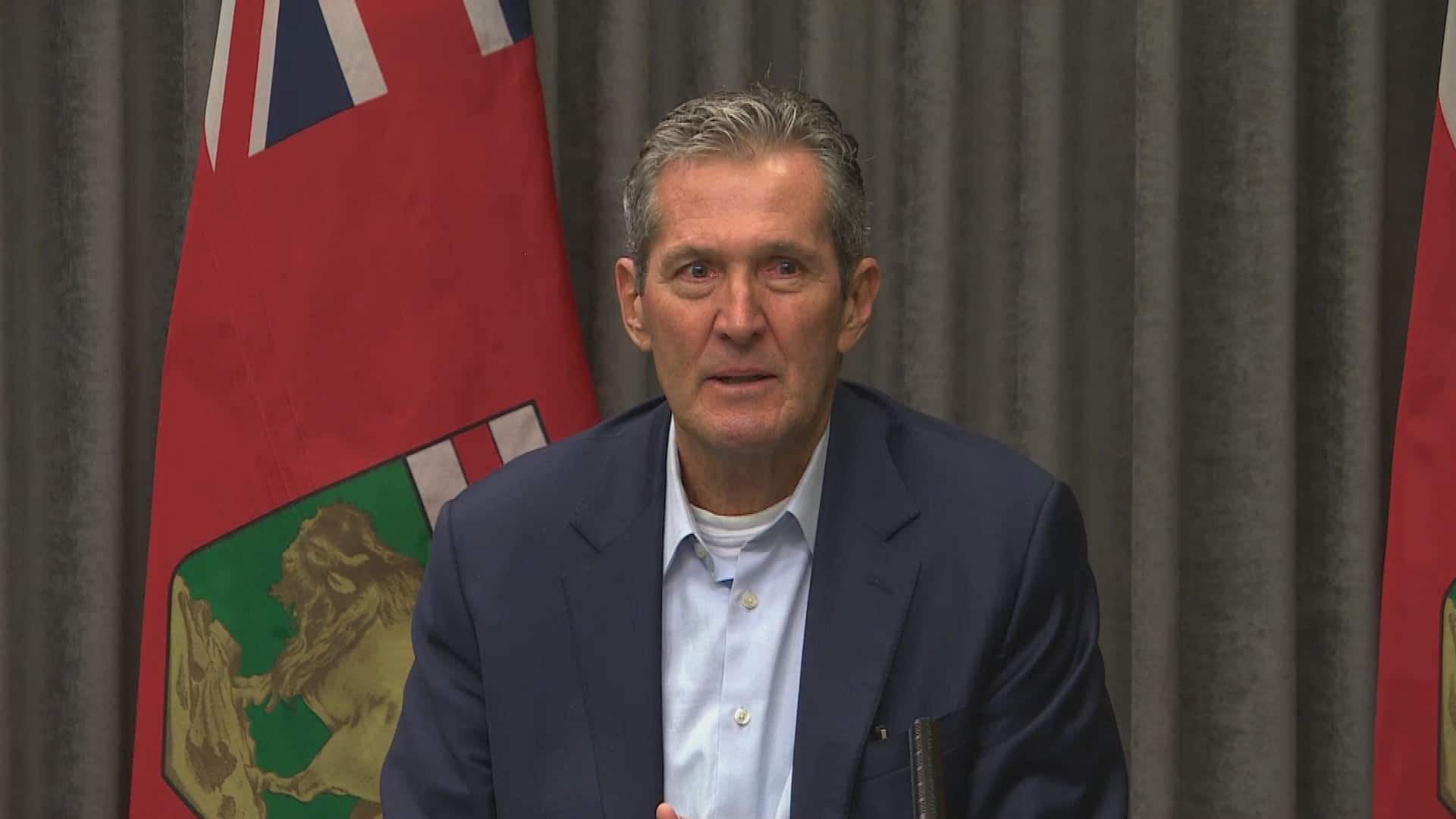 "Think of others right now"

10 months agoVideo
0:45
Manitoba Premier Brian Pallister encourages everyone to look after each other during the pandemic. 0:45

The 50-person gathering limit does not apply to health-care or social services facilities, Roussin said.

"We are taking these steps to ensure people make changes to their day-to-day lives," he said.

The declaration gives the province powers to make sure people are following orders to help slow the spread of the virus, he said.

Pallister said Manitobans are accustomed to responding well to crises.

"We have a long history of dealing with challenges in our province. Whether it's blizzards in the winter or floods in the spring or drought in the summer, we've always risen to the challenge of stepping up and helping each other out and our province is strong and it is resilient because of these things​​​​," he said.

Ontario, B.C., Saskatchewan and New Brunswick have all called states of emergency over COVID-19, while Alberta, P.E.I., the Northwest Territories, Quebec, Yukon, Nunavut and Newfoundland and Labrador all have declared public health emergencies.

As of 10 a.m. CT Friday, there were more than 900 confirmed and presumptive cases of COVID-19 in Canada and 12 people had died. 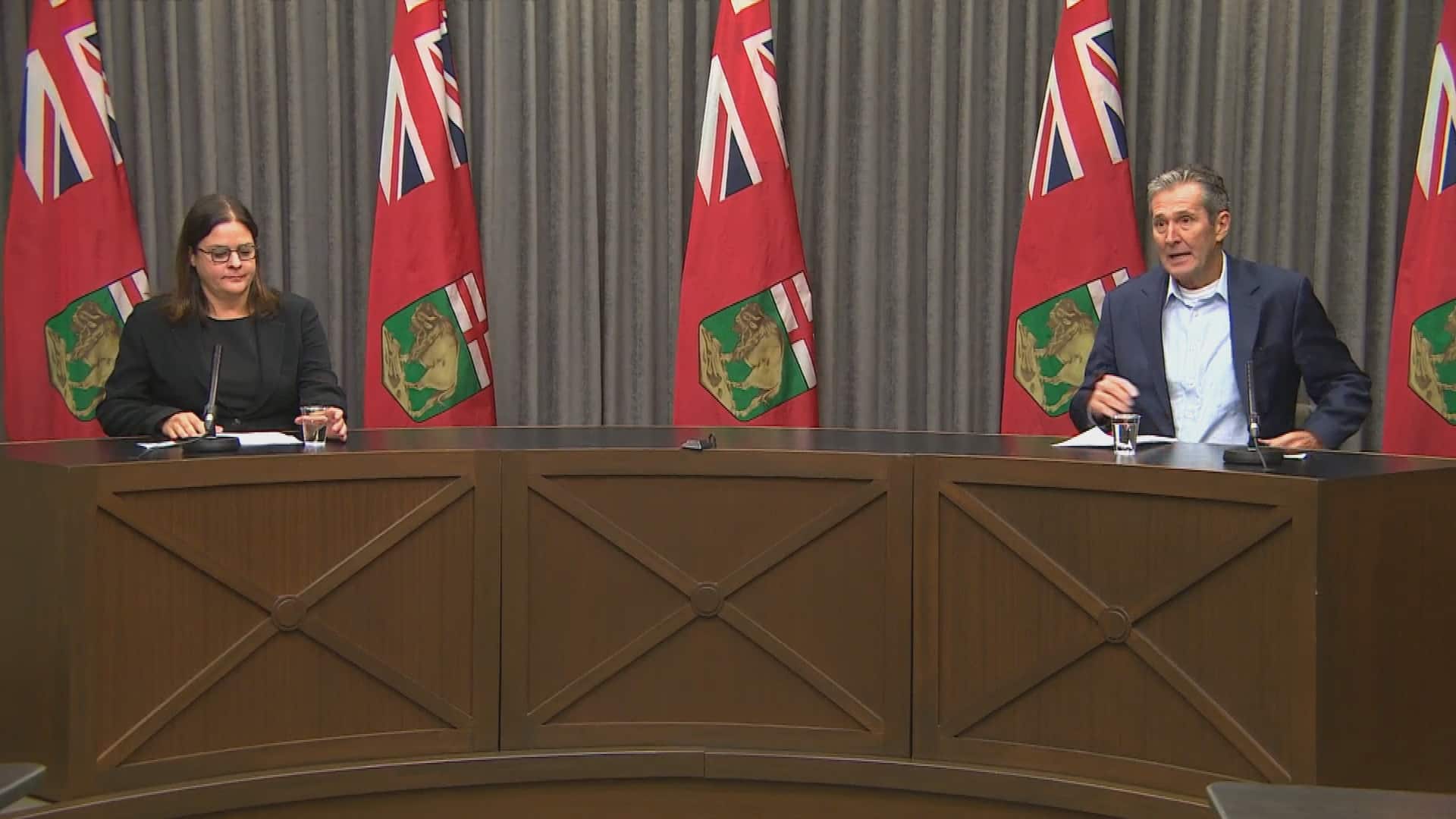