Thirteen more people in Manitoba have died from COVID-19, the province's top doctor reported on Thursday, six of whom are linked to an outbreak at a single Winnipeg care home.

Thirteen more people in Manitoba have died from COVID-19, the province's top doctor reported on Thursday, six of whom are linked to an outbreak at one Winnipeg care home.

The latest deaths linked to the Charleswood Care Centre are two women and two men in their 80s, and a woman and a man in their 90s, Chief Provincial Public Health Officer Dr. Brent Roussin said at a Thursday news conference.

He also announced there were 293 new cases of the illness caused by the novel coronavirus, and 298 people in hospital with COVID-19. That marks the lowest number of hospitalizations linked to the virus in Manitoba in more than two weeks (on Nov. 24, there were 292).

That update represents a small drop from 300 people hospitalized with COVID-19 on Wednesday, and includes 43 people in intensive care — up from 38 the last two days.

Manitoba's critical-care program is now operating at 196 per cent of its pre-pandemic capacity, with 129 of its 141 beds in use, a spokesperson for Manitoba Shared Health said later Thursday.

Manitoba's five-day test positivity rate, a rolling average of the COVID-19 tests that come back positive, is down slightly to 13.3 per cent from 13.5 per cent on Wednesday. In Winnipeg, the rate is now 13.9 per cent.

The most recent deaths include nine linked to outbreaks at care homes, including another two linked to Winnipeg's Park Manor Care Home.

Those deaths bring Manitoba's total fatalities linked to COVID-19 to 451.

The fatalities announced from Park Manor are a woman and a man in their 80s. Another care home death — a woman in her 70s linked to Villa Youville in Ste. Anne — was also announced on Thursday.

The remaining deaths announced on Thursday are three men in their 70s (from the Southern, Winnipeg and Interlake-Eastern health regions) and a man in his 80s from the Winnipeg health region.

One previously announced case of COVID-19 was removed because of a data correction, bringing Manitoba's tally to 19,947 cases detected.

Meanwhile, the province has declared an outbreak at the rehabilitation and surgery unit at the Boundary Trails Health Centre in Winkler.

To date, 14,116 people are listed as having recovered from COVID-19 in Manitoba, while 5,380 cases are considered active — though Roussin said that number is still slightly skewed because of a data entry backlog.

Just over half of Thursday's new cases (152) are in the Winnipeg health region.

The mobile COVID-19 test site at 1181 Portage Ave. in Winnipeg is set to close on Friday, while a new site downtown at the Garrick Centre will open on Monday. That new site will run from 8 a.m. to 4 p.m. daily.

Possible COVID-19 exposures in public places are listed by region on the province's website.

Another 2,558 COVID-19 tests were done in Manitoba on Wednesday, bringing the total number of tests completed since early February to 380,664.

Thursday's update comes a day after Roussin announced a vaccine against the illness could be in the arms of roughly 900 Manitoba health-care workers as early as next week.

He and Premier Brian Pallister said at a Wednesday news conference that Manitoba's first doses of the Pfizer-BioNTech COVID-19 vaccine, set to arrive in the province next week, will be reserved for health-care workers in critical-care units.

The initial 1,950 doses of the two-dose vaccine, approved by Health Canada on Wednesday, will be enough to immunize roughly 900 people against the illness caused by the novel coronavirus, they said.

More details on exactly who among critical-care workers will be eligible for the first round of vaccinations is expected to be available next week, Roussin said on Thursday. 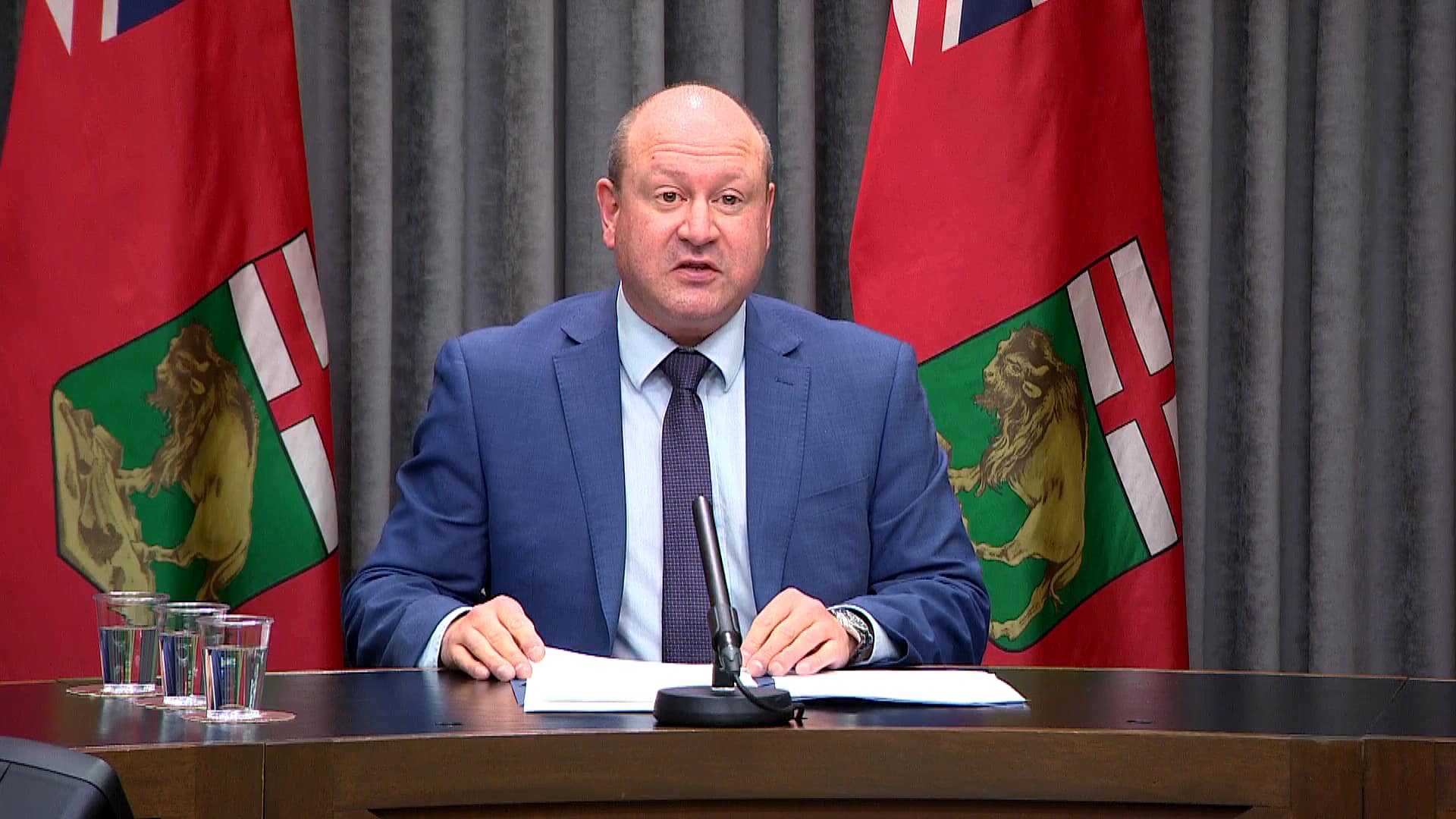