As Manitoba's daily COVID-19 case counts begin to stabilize, the province's top doctor warned those numbers are still too high for its health-care system to sustain, as he announced a record 351 people in hospital with the illness.

As Manitoba's daily COVID-19 case counts begin to stabilize, the province's chief public health officer warned those numbers are still too high for its health-care system to sustain, as he announced a record 351 people in hospital with the illness.

"We can't rest at these numbers, even though we've seen some minor improvements," Dr. Brent Roussin said at a news conference on Wednesday.

There are now 51 people with COVID-19 in intensive care in Manitoba, making up nearly half of the province's total 106 critical-care patients, Shared Health Chief Nursing Officer Lanette Siragusa said at the news conference.

Of the 78 people in Manitoba on ventilators, 44 have the illness caused by the novel coronavirus, she said. As of Wednesday morning, Manitoba's critical-care program was working at 147 per cent of its pre-pandemic capacity.

Fourteen more people with COVID-19 have died in Manitoba, Roussin announced Wednesday, while another 277 have contracted the illness caused by the novel coronavirus.

It has now been three weeks since all of Manitoba moved to the critical red level of the province's pandemic response system.

Premier Brian Pallister said on Tuesday his "gut feeling" was that those restrictions would likely be extended past the expiry date of Dec. 11 — though he said he would defer to Roussin, who said again on Wednesday that it's still too early to make an announcement on that.

Once Manitoba starts seeing the lower daily case counts those restrictions are meant to help achieve, the province will need to figure when it will be safe to start resuming non-urgent medical procedures, after hundreds were postponed to free up hospital capacity, Roussin said. 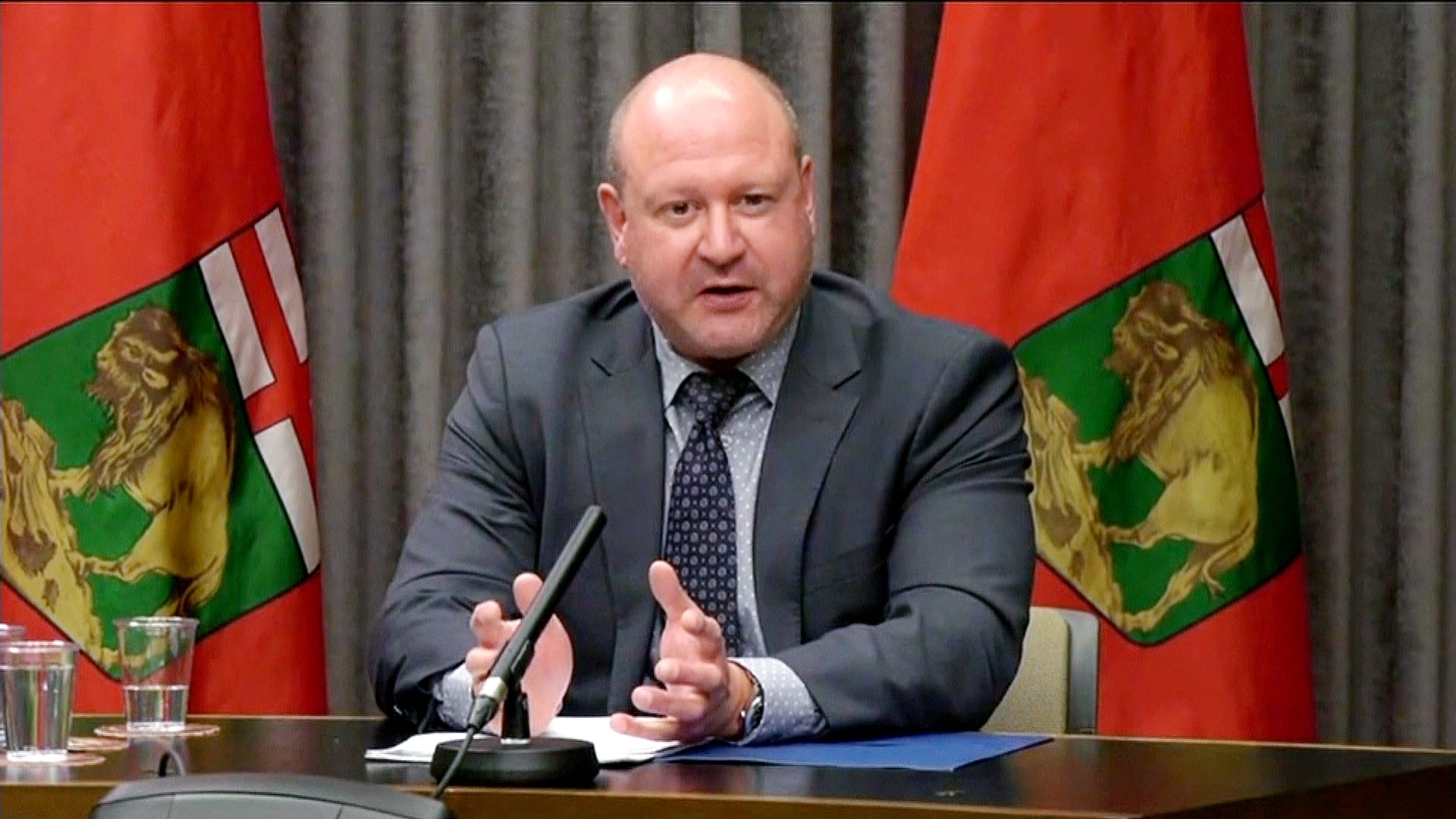 What would be an acceptable level of COVID-19 transmission in Manitoba?

3 months ago
0:42
Whether there’s enough hospital capacity to safely reintroduce non-urgent procedures is one of the most important factors to take into account in determining what level of COVID-19 spread could be considered acceptable, says Dr. Brent Roussin, Manitoba’s chief public health officer. 0:42

Meanwhile, outbreaks previously declared at St. Paul's Personal Care Home in Dauphin and the Kekinan Centre in Winnipeg are now over, he said.

Manitoba's most recent COVID-19 deaths include a woman in her 40s from the Winnipeg health region and seven others linked to outbreaks across the province.

The other two — women in their 80s and 90s — are linked to Rest Haven Nursing Home in Steinbach.

Manitoba's five-day test positivity rate — a rolling average of the COVID-19 tests that come back positive — is now 13.2 per cent. In Winnipeg, the rate is 14.5 per cent, Roussin said.

The latest cases bring the total number of people who have tested positive for COVID-19 in Manitoba to 17,384. Of those, 8,072 have recovered and 8,970 are considered still active — though Roussin has previously said that number is inflated due to a data entry backlog.

Sites where there were possible COVID-19 exposures are listed by region on the province's website.

There were 2,182 more COVID-19 tests completed in Manitoba on Tuesday, bringing the total done in the province since early February to 360,039.