"We're not going to be able to have enough capacity to maintain these numbers for much longer," Dr. Brent Roussin said Friday, with Manitoba's intensive care units operating at 152 per cent of their pre-pandemic capacity.

Manitoba's chief public health officer repeated his plea for people to stay home and reduce their contacts on Friday, as he warned the province's health-care system may not be able to sustain the COVID-19 numbers it's seeing for much longer.

With a record-high 322 people in hospital with the illness — up from 307 on Thursday — Dr. Brent Roussin said health-care providers are overwhelmed as high COVID-19 case counts and hospitalizations push the system to its limits.

"We need to step up as Manitobans now to decrease that burden on our health-care system," he said at a news conference, where he announced an additional 344 cases of COVID-19 and 14 more deaths linked to the illness.

While the number of new cases announced Friday was a drop from 383 reported the day before, Roussin said the numbers are still a cause for concern.

"Although we don't see the dramatic climb in numbers, we're at a state of numbers that we can't maintain. We're not going to be able to have enough capacity to maintain these numbers for much longer."

As of midnight, Manitoba's intensive care units were operating at 152 per cent of their pre-COVID-19 capacity.

Just over 40 per cent of ICU beds taken up by patients battling the illness caused by the novel coronavirus, Shared Health Chief Nursing Officer Lanette Siragusa said at the news conference.

Thirty-two of the 70 patients on ventilators across Manitoba as of Friday are COVID-19-positive, Siragusa said.

And while the province has postponed 1,136 procedures considered non-urgent in the past month to free up space, she said, it will still be difficult to keep up with the increasing hospitalization needs of COVID-19 patients if Manitoba's case counts don't drop.

"With these ongoing high case count numbers, we can expect that there will be more Manitobans who are going to require in-hospital care. We have to get these COVID numbers to come down so that we can maintain capacity within our health-care system," Siragusa said.

"And that's not only to manage COVID patients … but it's also to manage and provide service for all the other health conditions that exist within our system and require our care."

Meanwhile, the deaths announced Friday include nine linked to known outbreaks across the province.

Among those are three women linked to the outbreak at the Saul and Claribel Simkin Centre in Winnipeg: two in their 80s and one over the age of 100.

They also include people connected to several other Winnipeg outbreaks: two men in their 90s linked to Golden Links Lodge, a woman in her 70s linked to Parkview Place Long Term Care Home and a man in his 90s linked to the St. Norbert Personal Care Home.

The latest deaths, which bring Manitoba's coronavirus-linked fatalities to 280, also include a woman in her 90s linked to Fairview Home in Brandon and a man in his 90s linked to Rest Haven Nursing Home in Steinbach.

As COVID-19 continues to spread through personal care homes in Manitoba, Siragusa said the province hasn't ruled out calling in the military for help — though it has not yet reached that point.

"We'll take it day by day. We'll keep watching these numbers. If they stabilize or decrease, it might not be an issue.

"If it increases more in certain areas, then that will also dictate where would the military best be positioned to help us," she said, adding that the option is an incident command team decision. 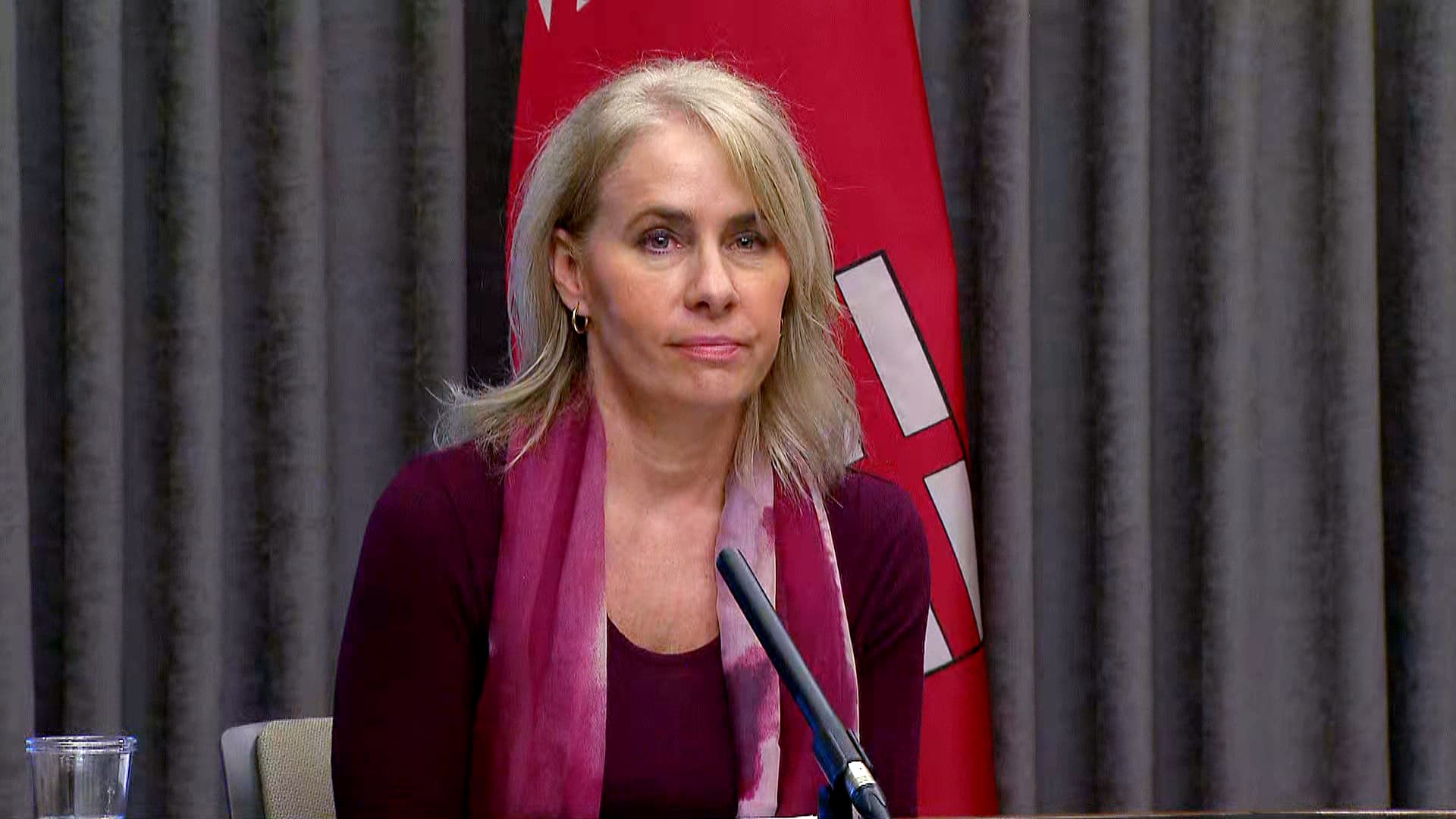 2 months agoVideo
1:32
Lanette Siragusa, chief nursing officer for Shared Health said at a news conference Friday that the province will be watching COVID-19 case numbers to determine when and if military aid is needed. 1:32

Outbreaks have now been declared in the C6 transitional care unit at Misericordia Health Centre in Winnipeg, in Unit 4 South at Winnipeg's Grace Hospital, and at the Kin Place Personal Care Home in Oakbank. Those three sites have been moved to the critical, or red, level on the province's pandemic response system.

Previously announced outbreaks at Collège Louis-Riel, Collège Leo Remillard and the Convalescent Home in Winnipeg have all been declared over.

There have now been 15,632 cases of COVID-19 identified in Manitoba, including 6,487 people who have recovered. Another 8,865 are still considered active, though Roussin has previously said that number is inflated because of a data entry backlog.

Possible COVID-19 exposure sites are listed by region on the province's website.

There were 3,110 COVID-19 tests done in Manitoba on Thursday, bringing the total completed in the province to 345,708. 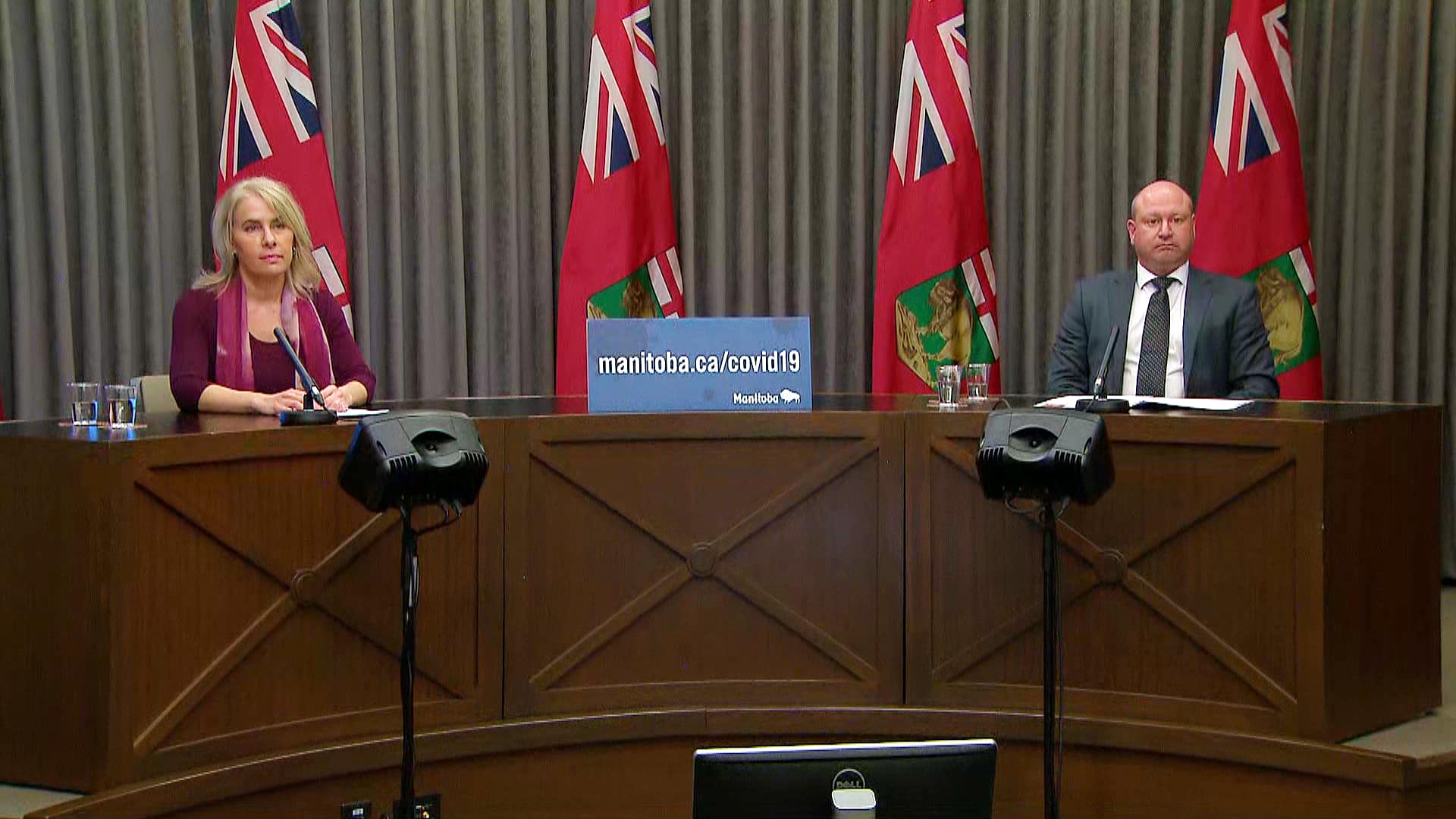