36 new cases of COVID-19 announced in Manitoba on Wednesday, including 28 in Winnipeg

"As far as testing goes, we can look at it from every which way, and it comes out we don't want waits like that. We're doing what we can to address it," said Dr. Brent Roussin, Manitoba's chief public health officer, at a news briefing Thursday.

"No one's going to say it's acceptable to have these long wait lists."

Manitoba announced 36 new cases of COVID-19 Thursday, including 28 in Winnipeg, four in the Prairie Mountain Health region and two each in the Interlake-Eastern and Southern Health regions.

The new cases come amid reports of hours-long waits for swabs at some testing sites.

"They knew in March what we were in for," said Maria Mannello, who waited six hours in line with a three-year-old at the drive-thru test site on Winnipeg's Main Street earlier this week, despite showing up around 9 a.m.

"A security came up to the car and said … 'The chance of you being seen today is, like, almost nil, so you may want to leave'" she said.

On that day, the site had no washroom facilities, forcing her young daughter to use an emptied sippy-cup to go to the bathroom, Mannello said. The province has since added a porta-potty to the site.

She said people should be able to pre-register for testing, and the province needs to put some basics, like bathroom facilities, at testing sites.

"How many people left that line, because there they just couldn't wait anymore?" she said. 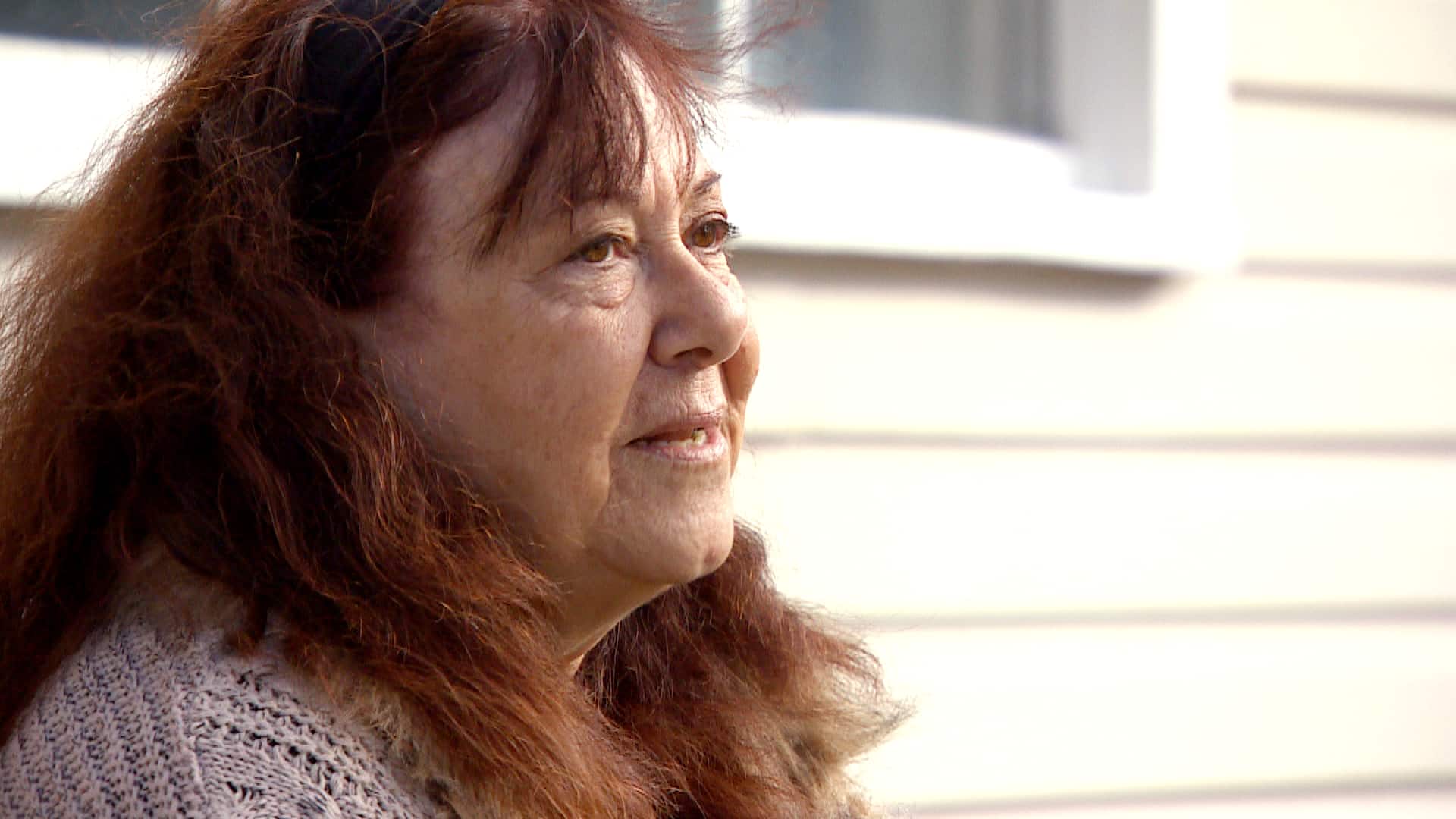 2 months agoVideo
0:49
Maria Mannello describes waiting six hours in the drive-thru testing line with her daughter with no access to a bathroom. 0:49

On Thursday, Roussin said nothing is off the table for improving wait times, including expanding and staggering hours at existing sites or opening new ones.

He promised more mobile testing sites will open in Winnipeg in "the coming weeks," along with sites in Dauphin, Brandon, Portage la Prairie and Winkler.

"We're moving very rapidly to add screening sites, because they're needed," he said.

Challenges in scaling up testing: province

But opening new testing sites is not as simple as it was earlier in the pandemic, when health-care services were massively rolled back to create capacity in the system to handle COVID-19, Friesen said.

"At that time, remember that we were also closing down our normal hospital functions, so we were able to redeploy massive workforce to new things," he said.

That's not the case now, as the province works through a backlog of thousands of elective surgeries that were postponed.

"Our government has said we are committed to getting back on track and eliminating the wait times [for postponed procedures]," he said. "That means we have a workforce that cannot be redeployed for this."

Friesen said the province is reviewing where it can "borrow" workforce within the health-care system. It's also working with neighbouring provinces to see what techniques have worked elsewhere.

Despite concerns about wait times, Roussin said the province has steadily increased its overall testing capacity. 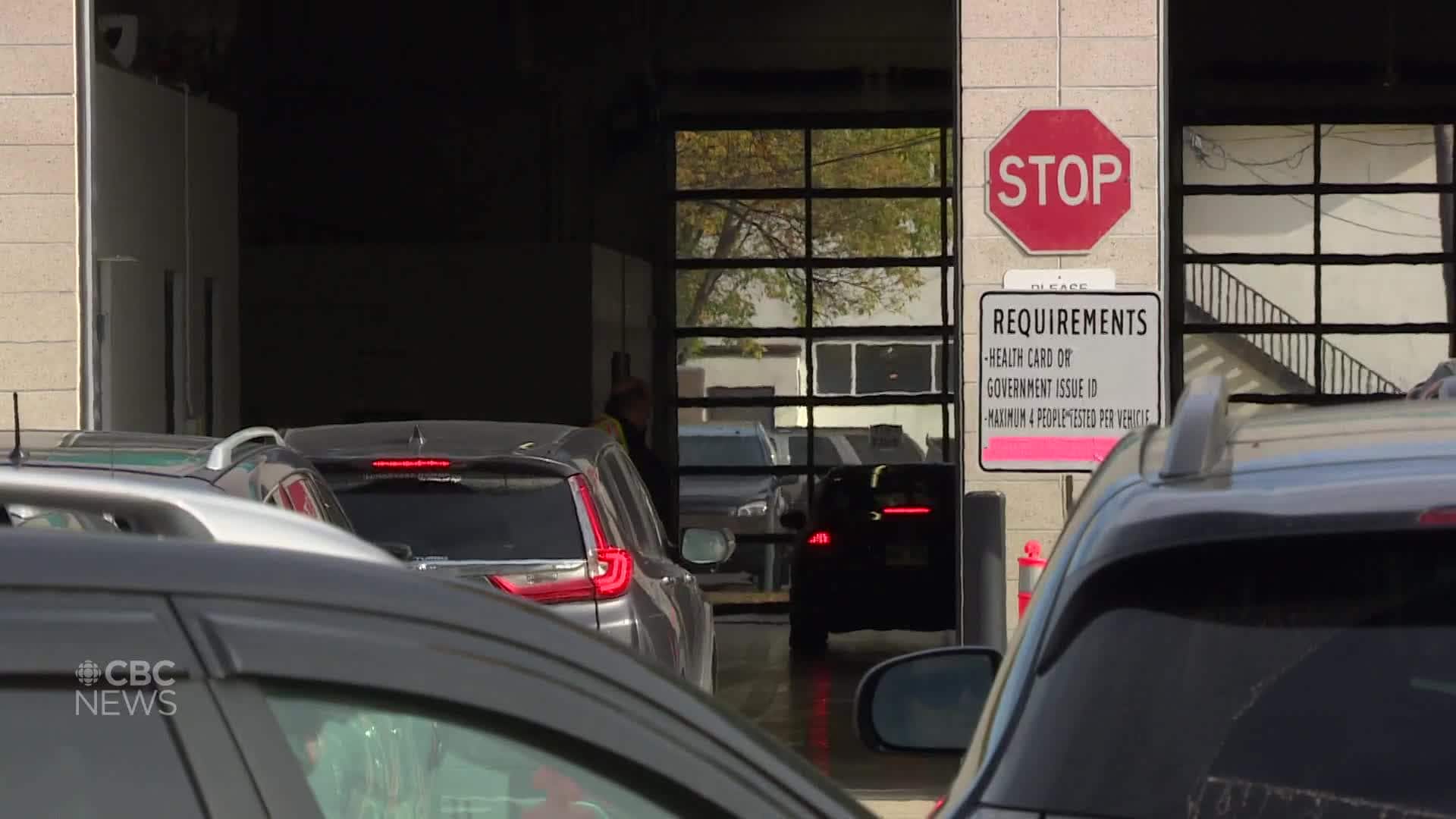 The average turnaround time for a COVID-19 test is 56 hours, from the moment the swab is taken until the result is processed, Roussin said. The processing time at the lab is still between 24 and 48 hours.

On Wednesday, Manitoba became the fifth province to begin using the federal government's COVID Alert app. The free app uses Bluetooth to alert users if they've been exposed to another user with COVID-19.

"It's all systems go," Friesen said at the Thursday briefing.

Manitoba now has 621 known active cases of COVID-19, including 534 in Winnipeg. The current five-day COVID-19 test positivity rate is 2.1 per cent as of Thursday, Roussin said.

The province is still waiting for details about an outbreak declared at Winnipeg's Calvary Place Personal Care Home on Wednesday, Roussin said.

An outbreak at Winnipeg's John Pritchard School has grown to 35 cases, the province said Thursday, including eight "epi-linked" cases among people not affiliated with the school.

Another case of COVID-19 was identified at Carberry Collegiate in the southwestern town on Sept. 21, the province said. No close contacts have been identified and the infection isn't believed to have been acquired at school.

"These requirements will remain in place indefinitely, regardless of whether a region is at orange or yellow on the pandemic response system," Roussin said.

There are 15 people in hospital with COVID-19 on Thursday, Roussin said, including seven in intensive care.

Since the pandemic started, Manitoba has identified 2,029 cases of COVID-19 and 1,388 people have recovered.

There were 1,803 tests completed Wednesday, bringing the province's total to 186,668 since early February. 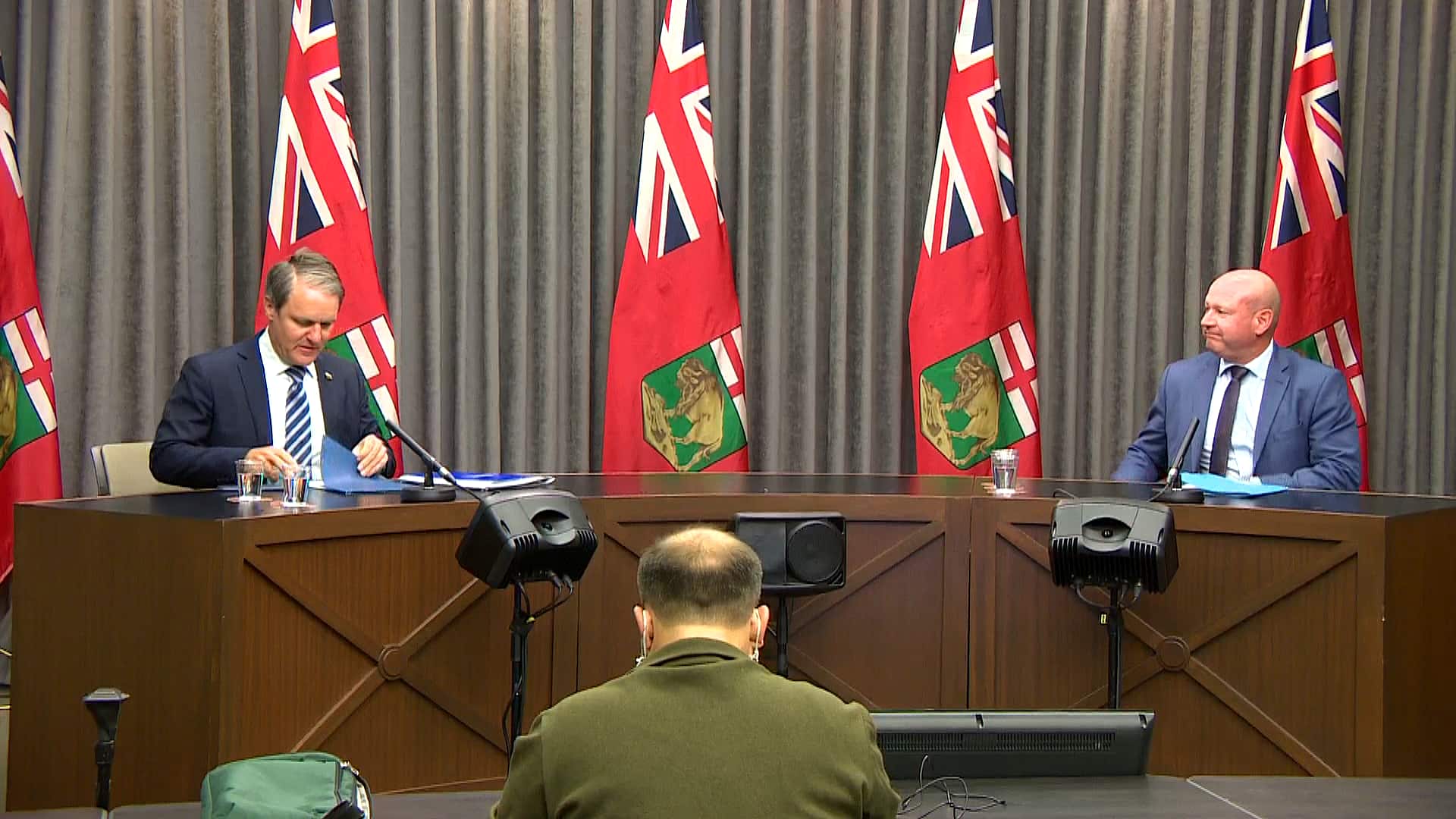