Manitoba recorded its 20th death linked to COVID-19 on the same day its capital city fell under restrictions it hasn't seen since the early days of the pandemic.

Manitoba recorded its 20th death linked to COVID-19 on the same day its capital city fell under restrictions it hasn't seen since the early days of the pandemic.

As of 12:01 a.m. Monday, Winnipeg and 17 surrounding communities have been under code orange restrictions to limit the spread of COVID-19 in the area.

"We know that all of these actions not only protect ourselves, they protect the people around us, people we love and our community," Chief Provincial Public Health Officer Dr. Brent Roussin said during Monday's COVID-19 briefing.

"We encourage Manitobans to step up once again to reduce the transmission of this virus."

Anyone ages five and up must wear masks in all indoor public places and all gatherings have a 10-person limit.

The 10-person cap on private gatherings is in addition to the people who live at a residence, if the gathering is hosted at the residence, Roussin explained to reporters on Monday.

If six people live in a home, an additional 10 people can visit at one time, Roussin said, although he stressed people should try to limit their number of close contacts.

The new restrictions come as Manitoba, and Winnipeg in particular, continue to see the number of known COVID-19 cases rise. On Monday, Roussin said it's accurate to say the province is experiencing a second wave of COVID-19.

"When you plot out what we call an 'epi curve' on this, you can see two distinct waves," he said.

"They are behaving a little bit different as well. We see a much younger cohort in this wave being affected, we see much lower admission rates to hospital in this wave.… We're in a distinct period from what we saw in the beginning."

The cases found in northern Manitoba are from a First Nation and they are all close contacts, said Roussin.

There are 618 known active cases of COVID-19 in Manitoba, with 13 people in hospital. One more person was admitted to intensive care, bringing the number of people in Manitoba ICUs to seven.

The province announced a 20th COVID-19 related death on Monday. A man in his 70s from the Prairie Mountain Health region died while receiving care in hospital, Roussin said. The man had not been admitted to the ICU. 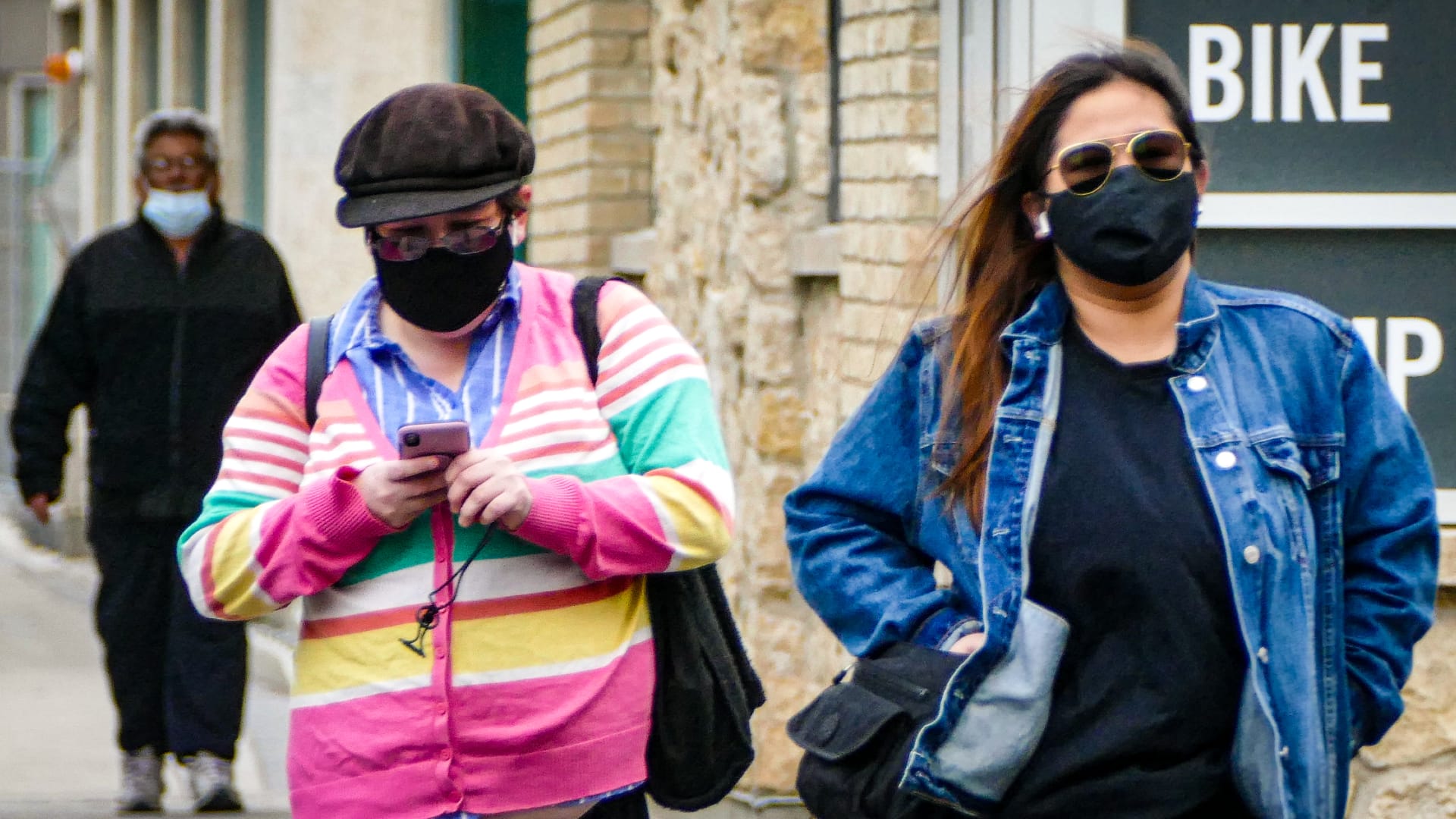 A second confirmed case of COVID-19 was found at St. Maurice School in Winnipeg, though contact tracing investigators do not believe the new case is linked to the first case reported at the school.

The province is advising the public of more places where people may have been exposed to someone who tested positive for COVID-19.

The latest case may have been at the school while infectious on Sept. 17 and 18.

Further exposures may have happened at:

A total of 33 cases have now been associated with the outbreak at John Pritchard School, a kindergarten to Grade 8 in school in Winnipeg, Roussin said, and six cases are epidemiologically linked — or epi-linked — to the outbreak.

This means that six people who have no direct ties to the school caught the virus from someone involved in the cluster of 33.

The five-day test positivity rate in Manitoba is still at 2.2 per cent.

The total number of COVID-19 tests done in Manitoba since February is 180,750.

No new restrictions for restaurants, bars yet

Although Winnipeg and the surrounding area are under tighter restrictions, restaurants, bars, distilleries and microbreweries do not have to adjust their operations just yet.

There are consultations taking place with that industry, Roussin said, but some of the areas being reviewed are maintaining physical distancing at all times, ensuring masks are worn at all times, and music volume.

"Loud decibel levels, loud music means people speak louder, speak closer together, so it's another thing we can look at to maybe reduce that type of risk," he said, citing reports from within Manitoba and other jurisdictions.

Last week, the government of Ontario set 11 p.m. as last call for all bars and restaurants, and those establishments must close their doors to the public at midnight.

British Columbia has set last call at 10 p.m., and went a step further last week by releasing a list of violations that could result in a fine between $200 and $2,000. Included on the list is keeping background music at normal conversation level.

Such restrictions are not in place yet for local bars and restaurants, but Roussin said Monday people are more likely to break public health orders in the later hours, so public health officials will be consulting industry about ideas to ensure rules are followed at all times.

With the spookiest night of the year just over a month away, Roussin said Monday that guidelines will be released in the coming weeks to help Manitobans plan their festivities for Oct. 31.

The number of things people touch while trick-or-treating, for example, has to be considered, Roussin said.

The government of Saskatchewan released some details for to be safe on Halloween, Thanksgiving and during fall suppers over the weekend.

In the province's reopening plan, it suggests using a tool such as tongs to distribute candy at a distance. Only wrapped candy should be handed out, and wrappers should be disinfected or put in quarantine for 72 hours before being touched, the province says. 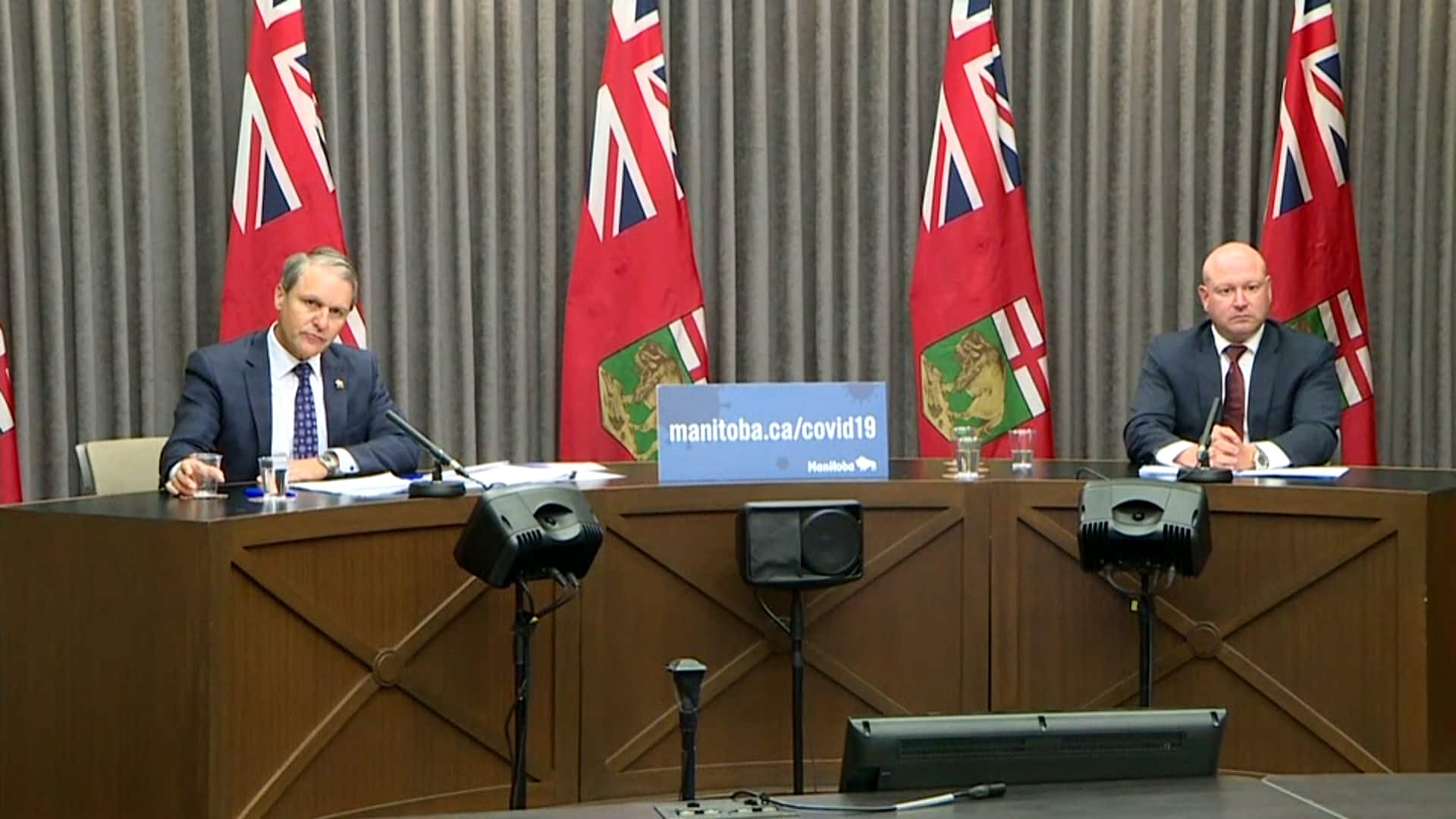