An increasing number of COVID-19 cases in Winnipeg involve young people who were out at crowded bars, pubs and restaurants — including some who went out while sick, Dr. Brent Roussin said at a news conference.

Some people visiting pubs, restaurants while symptomatic, including one person who had 36 close contacts

An increasing number of COVID-19 cases in Winnipeg involve people in their 20s who were out at crowded bars, pubs and restaurants during the time when they contracted the illness, Chief Provincial Public Health Officer Dr. Brent Roussin says.

In recent weeks, those types of situations made up roughly half of all new cases in the city, Roussin said Thursday.

"It doesn't mean they necessarily acquired it there, but that's a staggeringly high number of people who were at these sites during their acquisition period," he said at a news conference.

Some of those people went to more than one place in a night, and some went out while they had symptoms of the illness — including one person who had 36 close contacts, Roussin said.

"No one's risk is truly their own," he said, and each person brings the chance of contracting the illness home to family members, including to vulnerable people like grandparents.

"We should be decreasing our time in enclosed spaces, crowded places, and reducing prolonged contact. We certainly shouldn't be out and about when we're symptomatic."

There have also been sports teams paying close attention to physical distancing in locker rooms, but gathering in close quarters shortly after that, Roussin said.

"This defeats the purpose of that physical distancing," he said.

Roussin called on people to "make a huge behaviour change" and reconsider plans for large events like Thanksgiving, as cases in Winnipeg continue to rise. 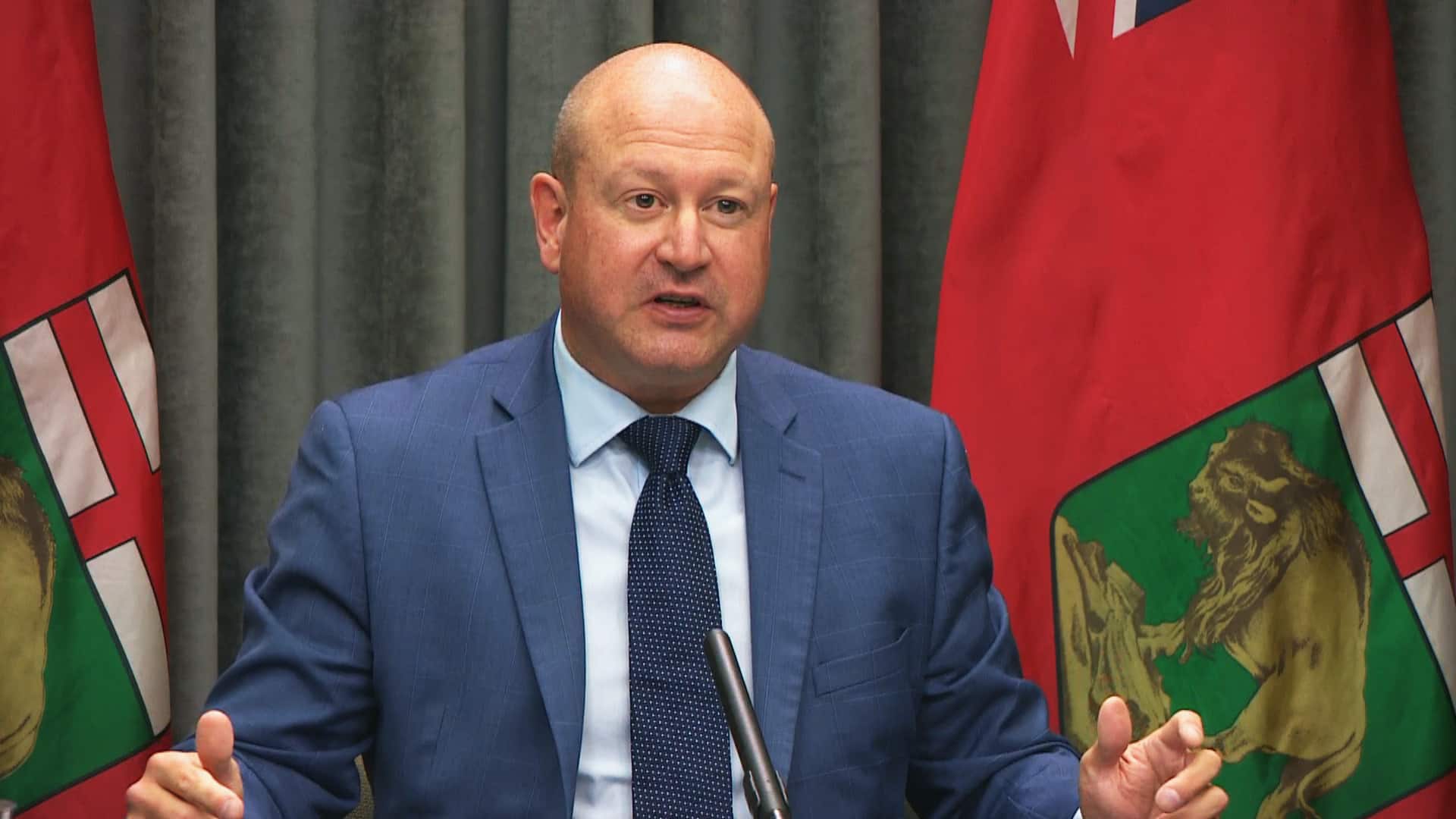 'This defeats the purpose of that physical distancing'

29 days ago
1:04
An increasing number of COVID-19 cases in Winnipeg involve people in their 20s who were out at bars, pubs and restaurants, Chief Provincial Public Health Officer Dr. Brent Roussin says. 1:04

Thirty of Manitoba's 37 new COVID-19 cases on Thursday are in the Winnipeg health region.

"We're seeing this trajectory truly [move] in the wrong direction right now, and we have to take that step back," he said. "We know exactly what to do to reverse that, because we've done it before."

Roussin urged people to stop gathering indoors in large groups, but stopped short of mandating smaller group sizes or putting more restrictions on bars, which he has the power to do under the province's pandemic response system.

He said he wants to focus on public messaging first, and noted health officials are watching a number of trends and indicators — including whether there's a strain on the health-care system — to decide whether more restrictions are needed.

"There just isn't a single trigger that makes us move," he said.

The increase in new cases — many of which come with large numbers of close contacts — has meant busy days for contact tracers in Manitoba, who now often face verbal abuse while they do their jobs, Roussin said.

"They are getting many instances of contacts being very angry, rude and abusive when they're advised that they're contacts and advised to self-isolate," he said.

"It's certainly inconvenient to be named as a contact and to have to self-isolate, but we do it for a reason: to limit the spread of this virus."

As of sometime last week, there were roughly 700 people self-isolating in Winnipeg alone, Roussin said.

He urged people to get their flu shots this year, as the upcoming respiratory virus season — which can often strain the health-care system on its own — approaches.

"We're not entirely sure what to expect, so we need to control what we can," he said.

Another personal care home in Winnipeg confirmed a case of COVID-19 on Thursday.

A resident at the Heritage Lodge Long Term Care Home, in the Crestview neighbourhood of west Winnipeg, has tested positive for the illness. However, the person has no symptoms, said a statement from Dr. Rhonda Collins, chief medical officer for Revera, the company that runs the care home.

The site has brought in outbreak protocols, including enhanced cleaning, screening residents for symptoms twice daily and screening staff at the beginning and end of their shifts, the statement said. 1 month ago
1:38
About half the Winnipeggers who tested positive in recent weeks went to a restaurant, bar or pub And some of them didn't stop at one. 1:38

People who were in close contact with the sick resident are now isolating in their rooms and visits at Heritage Lodge are now restricted to essential visitors only.

The province confirmed the 19th death linked to COVID-19 in Manitoba was a woman in her 90s who lived at the Parkview Place personal care home in Winnipeg.

Revera, which also runs that care home, confirmed the death on Tuesday, though it did not say whether it was a man or a woman or how old the person was.

Eleven residents and two workers at that care home have now tested positive for COVID-19 as of Thursday, Collins said in a separate statement later Thursday.

Over 80% of active cases are in Winnipeg

Manitoba's COVID-19 test positivity rate — a five-day, rolling average of the number of COVID-19 tests that come back positive — climbed again to 2.5 per cent on Thursday, Roussin said.

Within Winnipeg, that rate has now climbed to "slightly over" three per cent, Roussin said, though he said the province doesn't often break down that rate into smaller jurisdictions because it's less reliable.

There are now 449 active COVID-19 cases in Manitoba. Of those, 364 — or 81 per cent — are in the Winnipeg health region, according to provincial data. The update marks a new record high, both provincially and in the city.

The outbreak at John Pritchard School in Winnipeg has now been linked to 26 cases of COVID-19, Roussin said, but not all of those people were necessarily at the school.

The province also announced late Thursday evening that someone who had tested positive for COVID-19 was at River East on Sept. 18 while they may have been infectious. The school immediately closed off areas used by the infected person upon learning of the positive test result to clean and disinfect them.

Health officials say the person did not contract the virus at the school and the risk to staff and students appears to be low.

Roussin's news conference on Thursday comes after sustained increases in cases of the illness in Winnipeg, and pleas from health officials for people in the capital city to stick to the fundamentals: good hand hygiene, staying home when sick, covering coughs, physical distancing and wearing a mask when physical distancing isn't possible.

The increase in COVID-19 cases has also brought a surge in demand for testing in the city, which has resulted in long lineups and often hours-long wait times at Winnipeg test sites.

Roussin said the province is looking at ways to expand its capacity, like how Ontario plans to offer COVID-19 tests in pharmacies starting Friday — though he said it's still too early to say whether Manitoba will do the same.

At a news conference earlier Thursday, Premier Brian Pallister noted long wait times for COVID-19 tests are not unique to Manitoba. He said the province is looking into possibilities of new ways of testing, but cautioned that "there are no instant answers" when asked about offering tests through pharmacies.

Pallister said he hopes to bring the COVID Alert app to Manitoba, and provincial officials are looking into making it happen.

There are now 11 people hospitalized with COVID-19 in Manitoba, Roussin said. Six of those people are in intensive care — the most since early April.

To date, there have been 1,711 cases of the illness identified in the province; 1,243 of those people have recovered. 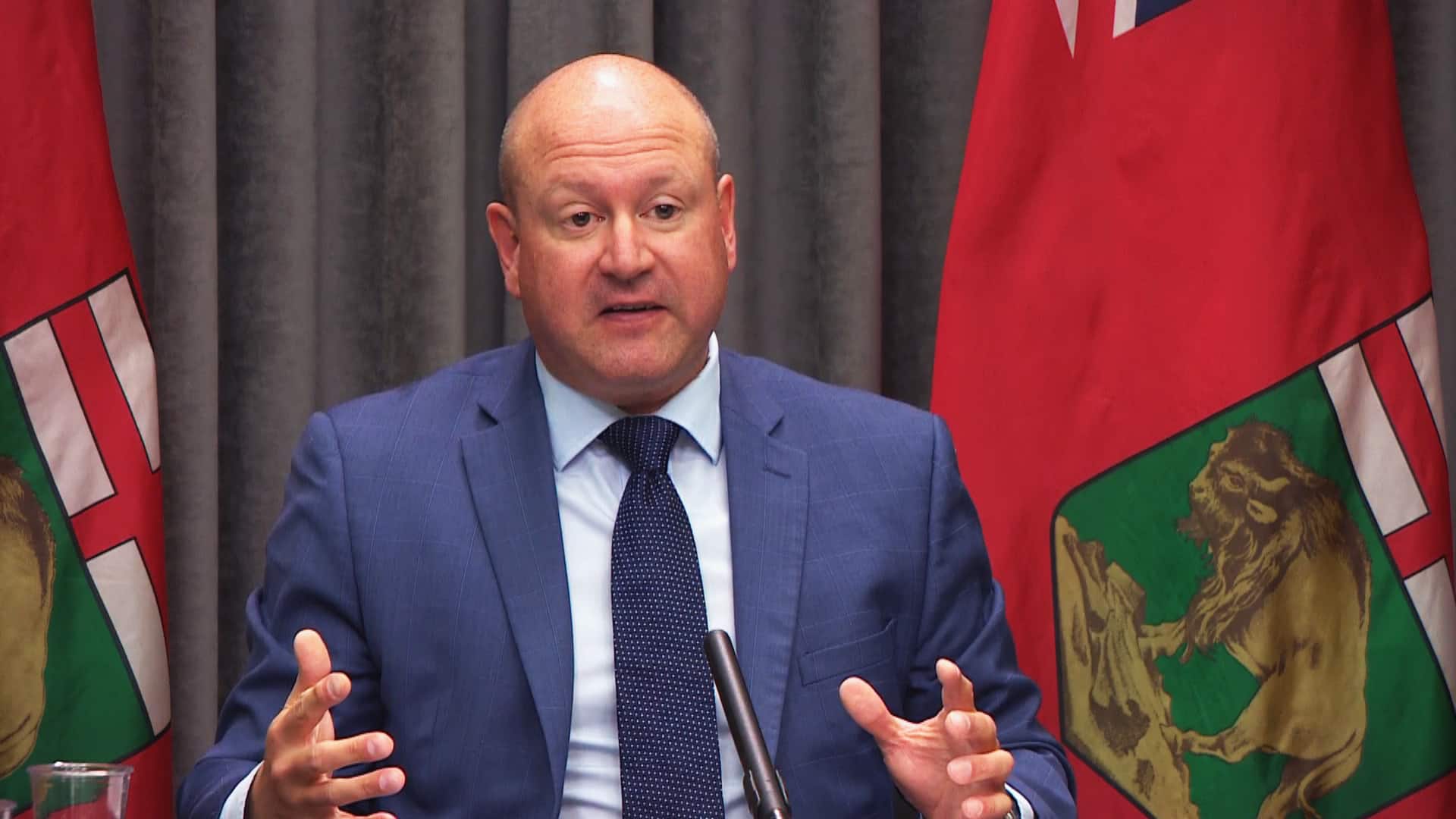