11 new cases of COVID-19 in Manitoba on Thursday, including 8 in Winnipeg

Masks will still be strongly recommended in public places in that region, but will no longer be required, Chief Provincial Public Health Officer Dr. Brent Roussin said at a news conference on Thursday.

Gathering sizes will be bumped back up to 50 indoors and 100 outdoors, the same as the rest of the province's health regions.

"Manitobans in [the] Prairie Mountain Health region really stepped up in August and until now to really flatten that curve," Roussin said.

The health region was moved up to the restricted, or orange, level on Aug. 24 after a spike in cases in the area. Many were linked to large gatherings, health officials said.

There are 11 new cases of COVID-19 in Manitoba on Thursday, including eight in Winnipeg.

None of the new cases are linked to the city's John Pritchard School in North Kildonan, Roussin said, where roughly 250 students were sent home after the school announced its seventh case of the illness on Wednesday.

The school became the first in Manitoba to be moved to the restricted orange level under the province's colour-coded pandemic response system.

One case at the school announced earlier this week, for which health officials previously could not determine a source, has now been linked to the same cohort as the other six, he said.

There were 11 cases of COVID-19 linked to schools in Manitoba in the week since students returned to class on Sept. 8, Education Minister Kelvin Goertzen said at a news conference on Wednesday.

The first of those was announced on the second day of school, when a student at Churchill High School was diagnosed with the illness.

Mandatory masks aren't being considered in Winnipeg, though the city now has 209 of the province's 293 active COVID-19 cases.

But that step hasn't been ruled out, Roussin said.

"Certainly, the trend right now in Winnipeg is not what we're looking for," he said. "If we see that trend persist, then we may need to look at ways to limit that spread."

Most new cases of the illness in Manitoba are close contacts of known COVID-19 cases, Roussin said.

Community spread accounts for around one-fifth of new cases, while travel is responsible for almost none. In the last week, only two new cases were related to travel, he said.

WATCH | Restrictions in western Manitoba are about to loosen: 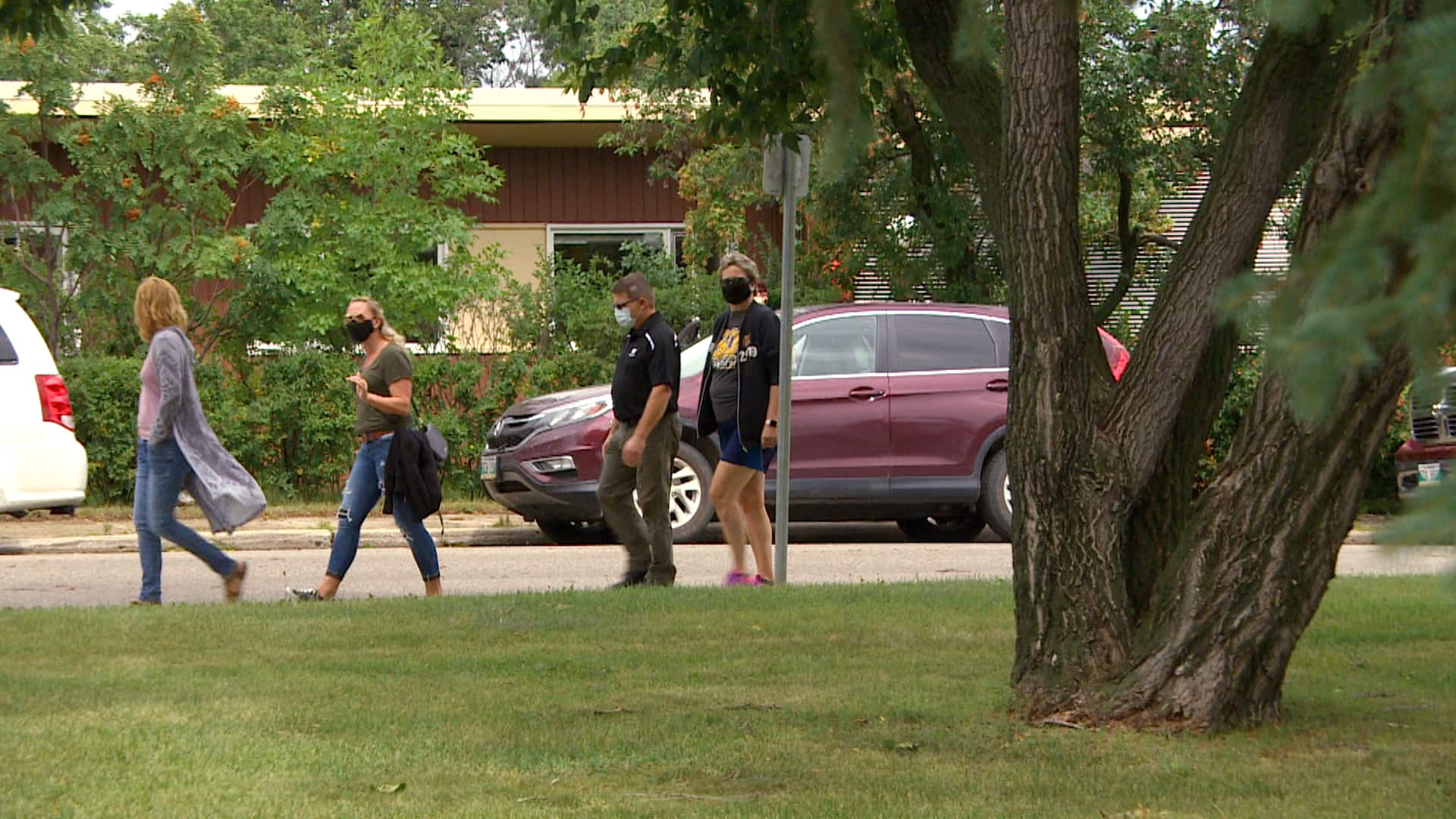 Restrictions in western Manitoba are about to loosen

The COVID-19 outbreak at the Maple Leaf Foods pork processing plant in Brandon, Man., is now down to four active cases, Roussin said. There's still no evidence the illness was spread within the workplace, he said.

There are now 14 COVID-19 cases linked to the Bethesda Place care home in Steinbach, Man. An eighth staff member has been diagnosed with the illness, Roussin said.

Manitoba's five-day test positivity rate, a rolling average of the COVID-19 tests that come back positive, is up to 1.7 per cent.

There are 10 people hospitalized with the illness in Manitoba, including two in intensive care.

There have been 1,500 cases of the illness identified in Manitoba, 293 of which are still active, Roussin said. To date, 1,191 people in the province have recovered from COVID-19 and 16 have died.

Meanwhile, health officials are working to expand COVID-19 testing capacity in Winnipeg after many sites in the city experienced long lines in recent days.

On Wednesday, 1,403 more COVID-19 tests were done in Manitoba, bringing the total number completed since early February to 160,109.

Fisher River Cree Nation announced on Wednesday it is suspending in-class learning until 2021 because of concerns about the spread of COVID-19 in the Interlake community.

That announcement came after someone on the First Nation tested positive for the illness last week. 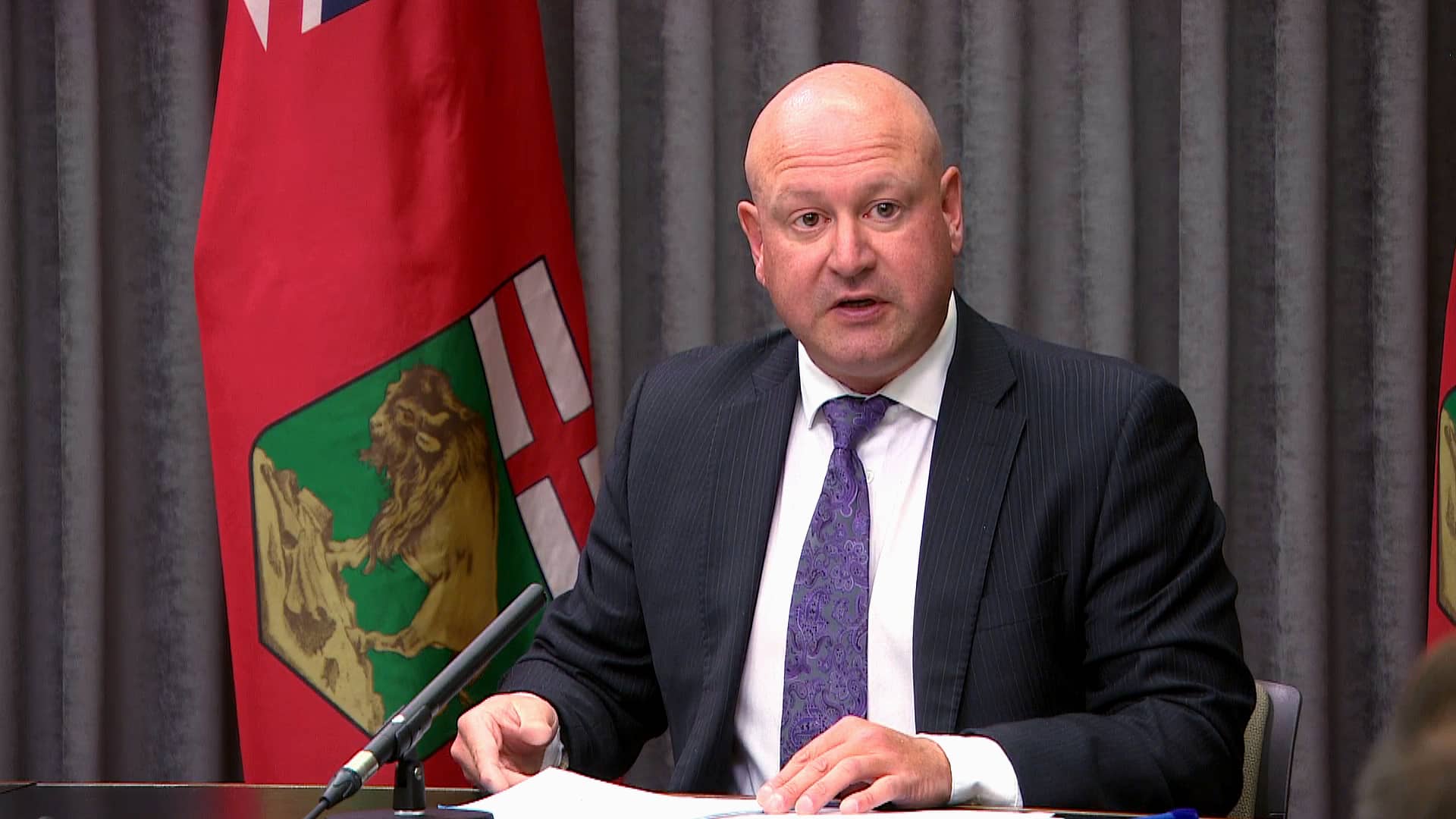