Manitoba announced 72 new cases of COVID-19 on Sunday, shooting past the province’s previous record of 42 new cases set Saturday. Most are in the Prairie Mountain Health region, which officials say is linked to intentional testing done among known clusters in multiple Hutterite colonies.

Investigations suggest most of the cases in that region are linked to testing done on people who live in known clusters in multiple Hutterite colonies, Friesen said.

Roussin said 47 of the new cases are linked to what he called "communal living communities" across Manitoba, some of which include Hutterite colonies.

"These testing campaigns are indicative of the fact that these communities are being co-operative and working with public health to try to limit the spread of the virus," he said.

In previous weeks, Hutterites reported increased stigmatization, and Roussin warned against that on Sunday.

"We know that stigmatizing certain groups impairs our ability to address this virus, so please be kind, listen to credible information and do whatever we can to avoid stigmatizing groups of people," he said. 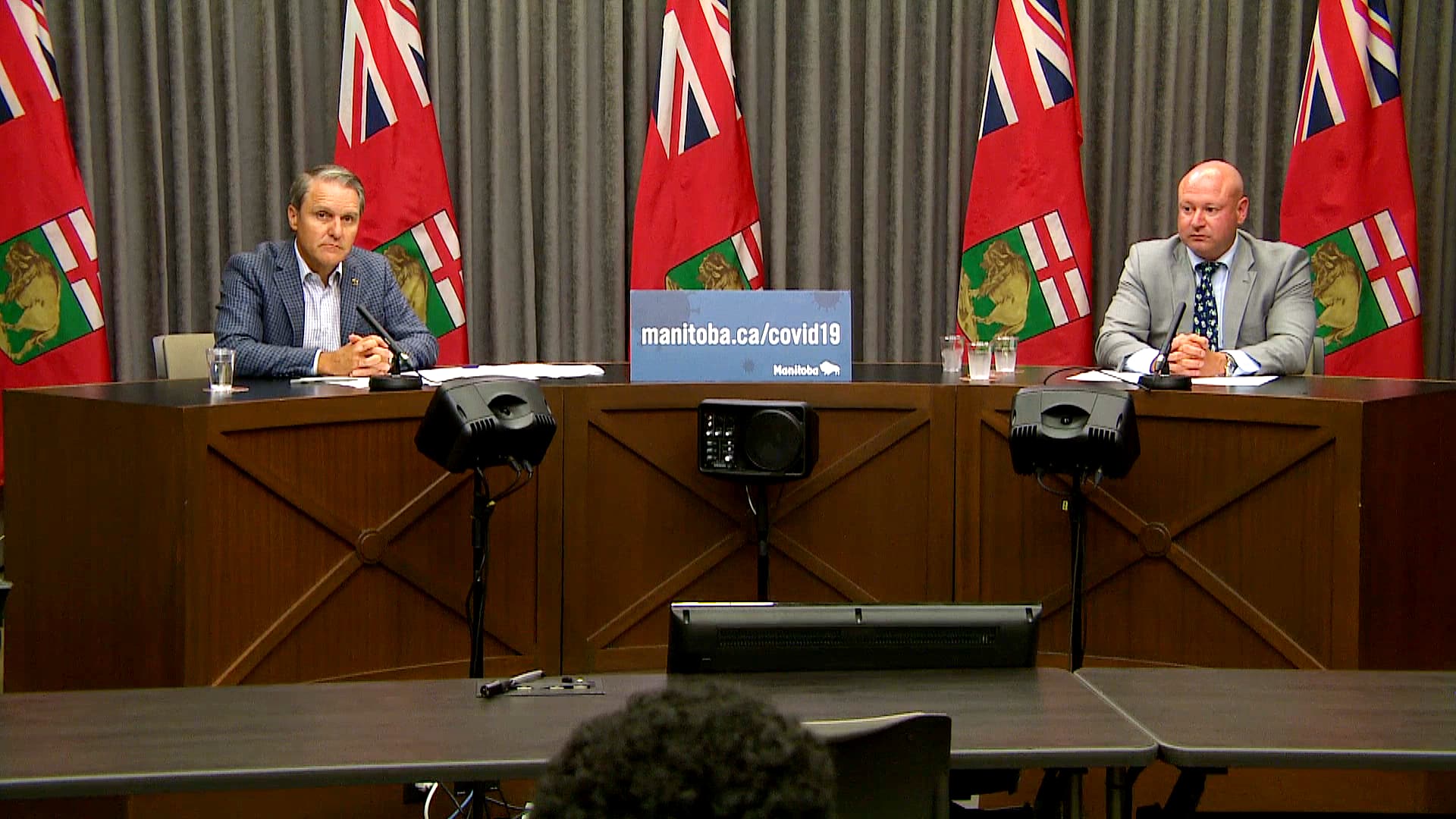 There have been multiple deaths related to the novel coronavirus among Hutterites in Manitoba, confirmed Kenny Wollmann, a member of the COVID-19 task force of the Hutterian Safety Council, although he wouldn't disclose how many.

"This virus has taken some lives in Hutterite communities, and it's been a challenge to have these parting rituals, these grieving rituals with COVID in mind," he said, acknowledging that public health orders around group sizes aren't rock solid or risk-free.

Wollmann said he thinks Hutterites and non-Hutterites alike could be taking the virus more seriously and doing more to reduce the spread.

"This is a two-way street here. Everybody in Manitoba needs to treat everybody else in Manitoba with dignity. We're in this all together," he said.

There are now seven cases linked to an outbreak of COVID-19 at the Bethesda Place personal care home in Steinbach, Man. — three residents and four staff members, Roussin said.

The case in northern Manitoba is linked to a previously announced case from the Prairie Mountain Health region, health officials said.

On Saturday, Fox Lake Cree Nation's Bird reserve went into lockdown after the community said it learned a traveller in the nearby town of Gillam, Man., later tested positive for COVID-19. That person was notified they were a close contact of a confirmed case in the Prairie Mountain Health region, leadership from the First Nation told its band members in a community update on Friday.

The scare prompted two Manitoba First Nations political advocacy groups to call on public health officials to bring back a travel restriction to the north that ended on June 26.

Roussin said the new case in the north is not on a First Nation. But he said he's in contact with First Nations leadership and nothing is off the table.

Public health officials are keeping a close eye on areas in the province where COVID-19 is spreading to see if more restrictions are needed, officials said.

Thirty-seven of the 70 cases identified to date among employees at the Maple Leaf Foods pork-processing plant in Brandon, Man., which is in the Prairie Mountain Health region, are still active, Roussin said.

Although the number of new cases is high, the health minister said there's no cause to worry just yet. 3 months agoVideo
1:58
New COVID-19 restrictions are being imposed in some parts of Manitoba after a single-day high of 96 cases. 1:58

"I think it's important to look past the large number today to understand that the significant part of today's reported numbers is because there is testing going on on colonies, and that's a good thing," Friesen said.

The five-day test positivity rate jumped to 2.7 per cent from 1.8 per cent on Saturday. That's the highest that rate has ever been in Manitoba, and happened one other time on April 3, according to the province's online COVID-19 data portal.

Roussin has previously said a test positivity rate over three per cent would suggest significant community-based transmission, which could cause health officials to bring back restrictions to slow the spread of COVID-19.

Seven people are now in hospital in Manitoba with the illness caused by the novel coronavirus, including one person in intensive care.

The update brings the province's active caseload to 356. To date, 576 people with COVID-19 in Manitoba have recovered and 12 have died, including four fatalities linked to the illness in recent days.

Caitlyn Gowriluk is an online reporter for CBC Manitoba. Connect with her at caitlyn.gowriluk@cbc.ca.

With files from Rachel Bergen and Austin Grabish