The total number of active cases of the coronavirus in Manitoba is now 182.

Thirty-five more people have tested positive for COVID-19 in Manitoba as of Sunday, bringing the total number of active cases in the province to 182.

The province's online coronavirus statistics dashboard says it's the highest number of active cases Manitoba has had, with the second highest tally being 163 on April 4. However, the provincial daily bulletin issued on April 7 indicated there were 193 active cases on that date.

The highest one-day increase in cases in Manitoba was on April 2, when 40 were announced.

Many of the cases announced Sunday appear to be linked to known clusters in Brandon and the Southern Health region, or to close contacts of a previously announced case, Chief Provincial Public Health Officer Dr. Brent Roussin said at a news conference Sunday afternoon.

Officials are considering all options to fight the apparent rise in cases in rural Manitoba, including more targeted restrictions in certain parts of the province, he said.

There is also a small number of cases that appear to be community spread in those regions, Roussin said, though he cautioned those numbers could be an overestimation.

"When we talk about these community-based transmission — or what we might term as non-epi-linked — cases, a lot of times it's early in the investigation, so we just have yet to link them to a known case or to a cluster or to travel," he said.

Seven of the new cases are connected to a business in Brandon, Roussin said, though there is still no evidence that suggests the virus is being spread in that workplace.

There have been cases detected at several businesses in that city, including at the Maple Leaf Foods pork processing plant. As of Friday, 10 of its employees had tested positive for COVID-19.

On Sunday, the union that represents employees at the plant issued a statement saying it's been informed of eight more cases of COVID-19 from the weekend.

That brings the total number of known positive cases at the plant to 18, the United Food and Commercial Workers Local 832 said in a statement.

"These new cases strengthen our call on Maple Leaf Brandon to close for a one-week period until all test results are in, and the situation is under control," the union's statement reads in part.

Roussin said he didn't know how many cases are considered linked to a significant cluster in Brandon, since public health officials are still investigating them — though he said that number was approaching and may have exceeded 40.

The five-day test positivity rate jumped to 1.45 per cent on Sunday, when Roussin urged people to go back to basics by staying home when sick, avoiding crowded indoor places and washing their hands.

In a statement Sunday, Liberal Leader Dougald Lamont said the province should "overhaul" its pandemic communications as well as its reopening strategy for Brandon.

"Dr. Roussin and the health minister need to tackle the more serious issue, which is that significant numbers of Manitobans, including community leaders, have shown they are not taking COVID-19 seriously," Lamont said in the statement.

"It is not enough to say, 'Go back to fundamentals,' when many Manitobans never accepted those fundamentals in the first place."

Roussin said the decision to hold a COVID-19 news conference on a weekend was made in response to calls from the public for more information about the spread of the virus in Manitoba.

Plans are in the works to start releasing more details of new cases later this week — while still maintaining people's privacy, he said.

A woman in her 20s from the Interlake-Eastern Health region was also among the new cases.

Several COVID-19 patients have been discharged from the hospital since Saturday, when there were nine people receiving care. There are now only six people in hospital with the illness, including three who are still in intensive care.

There have now been 542 cases of the illness detected in Manitoba. Eight people have died and 352 have recovered in the province.

On Saturday, 756 more tests for COVID-19 were done, bringing the total number completed in Manitoba to 100,830.

Cases at businesses in Steinbach, Brandon

One of the province's more recent COVID-19 cases is a worker at E.G. Penner Building Centres in Steinbach, the store said in a statement on Saturday.

The employee, who did not work in the retail part of the store, is now self-isolating, the statement said. Anyone who has been in direct contact with them is advised to self-isolate for 14 days.

All store areas and company equipment that the sick employee had contact with have been sanitized and disinfected, the statement said.

Meanwhile, a McDonald's restaurant in Brandon shut down on Saturday after a worker there was presumed positive for COVID-19.

The employee at 2626 Victoria Ave. reported it late that night, McDonald's Canada said in a statement. The person had last worked at the restaurant on Friday from 6 a.m. to 2 p.m., the statement said.

The restaurant immediately shut down to be cleaned and sanitized. Other staff who may have been in close contact with the worker have been asked to self-isolate until more information is available.

Another Brandon restaurant shut down on Sunday after learning one of its employees was potentially exposed to someone who has since tested positive for COVID-19.

The worker has not tested positive for the illness, Marino's Pizza said on Facebook.

Elsewhere in Brandon, Shoppers Drug Mart confirmed that a team member at its location on Victoria Avenue E. "has recently tested positive on a presumptive test for COVID-19."

In a statement sent Sunday, the company said the store was closed overnight for additional cleaning and has since reopened.

"Additionally, team members who worked closely with this individual are now at home in self-isolation, monitoring for any symptoms," the company said. 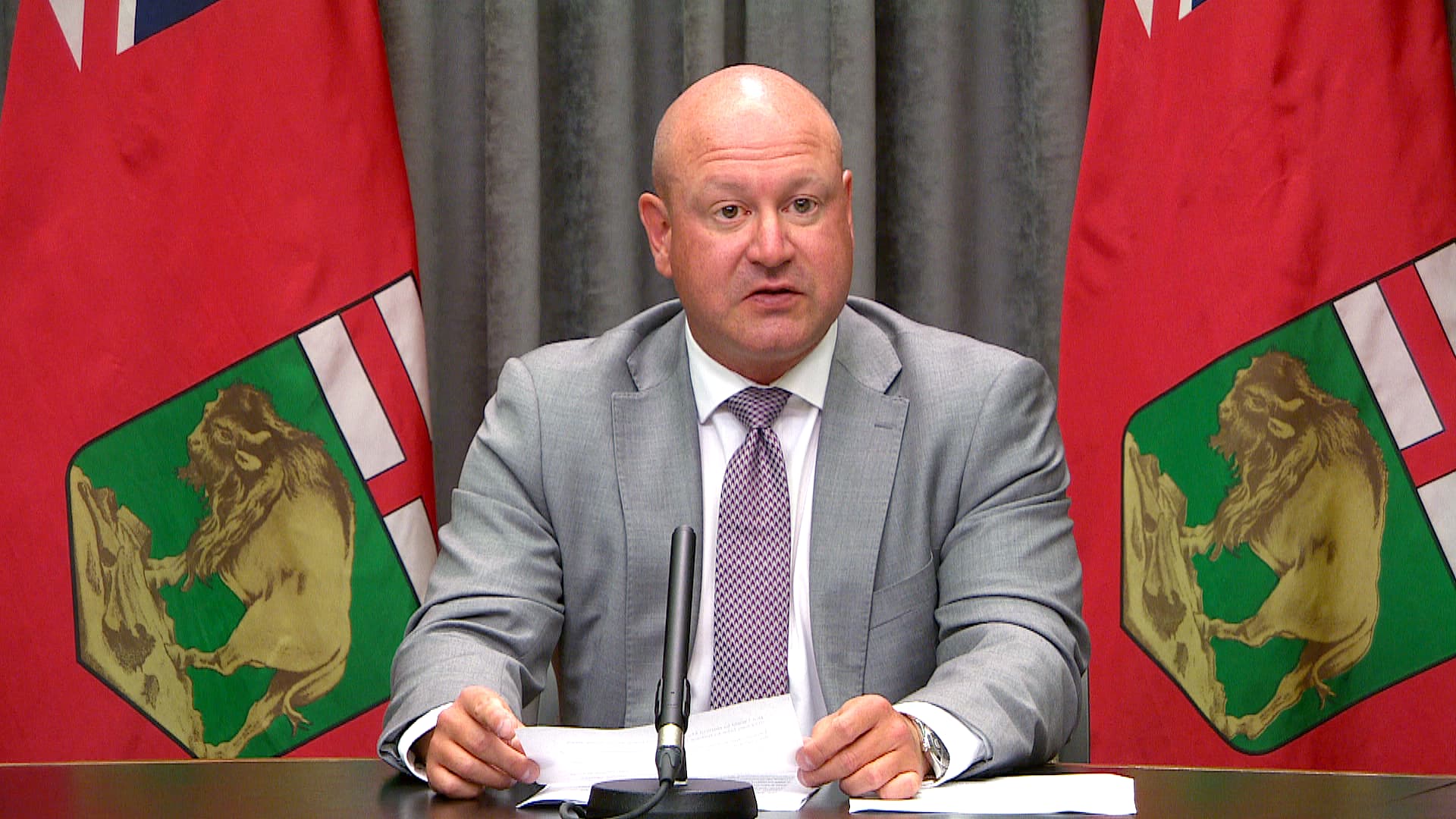