One new COVID-19 case was announced in Manitoba on Thursday, bringing the total number of active cases in the province to six. One of those cases, announced on Tuesday, was connected to community spread, says Dr. Brent Roussin.

Officials haven't been able to pinpoint where that person, a woman in her 20s, contracted the virus, Dr. Brent Roussin said.

Two other COVID-19 cases announced this week in Manitoba are still under investigation to determine how those people came into contact with the virus.

That includes the one new case announced in the province Thursday — a man in his 30s from the Southern Health region — and another case announced on Tuesday, when Manitoba ended a 13-day streak with no new cases.

Five new cases were announced that day, including the woman in the Southern Health region.

The province has previously confirmed three of the cases announced Tuesday are related to travel. The other case from that day is likely also linked to travel, Roussin said at a news conference Thursday, but officials are still working to confirm its source.

With Thursday's new case, the total number of active cases in Manitoba has climbed to six.

Once the contact tracing investigation is complete, any additional information about the latest case will be announced as needed to inform people of possible public health risks, Roussin said.

There is still no one in hospital with the illness caused by the new coronavirus in Manitoba.

The update also brings the total number of cases identified in the province to 331. Seven people with COVID-19 have died in Manitoba, the last in early May, and 318 have now recovered, Roussin said.

No plans to bring back travel restrictions

The province's five-day test positivity rate — a rolling average of the percentage of completed tests that came back as positive — is now 0.16 per cent.

Roussin said that rate is among "the most important indicators" public health officials will watch to make decisions about whether to reinstate restrictions in Manitoba.

"That's a better indicator of community transmission and the rate of transmission than just looking at overall numbers, and so we want to try to get Manitobans used to hearing that number rather than cases," Roussin said.

"So when we keep this number certainly under 1.5 per cent, we're very low. And if we started seeing test positivity rates over three per cent, then that would indicate to us that we're likely seeing significant community-based transmission."

That rate can also help put Manitoba's COVID-19 numbers into perspective, he said.

Despite the new cases announced this week, the province's test positivity rate is still favourable — especially in comparison with the national rate in Canada, which is between three and four per cent, and some U.S. states, where it is as high as 30 per cent, he said.

And while Manitoba announced six new cases of this virus this week, those are the only cases identified so far in the month of July, Roussin said.

He also said in spite of the new cases, there would have to be significant community-based transmission for officials to bring back measures like mandatory self-isolation for travellers from Western Canada, Roussin said.

"We don't leave anything off the table. If we need to reinstate those travel restrictions, we will," he said. "We're not going to make decisions based on a few days of escalating numbers."

Meanwhile, details about when and how movie theatres will reopen are expected to be released sometime next week, Roussin said. The province plans to use a consultation process, similar to what it did for previous elements of its reopening plan, to make that shift, he said.

When theatres do open, they will likely have to make sure people practise physical distancing in common areas and find ways to separate people from different households, Roussin said.

"It's really right back to those basics," he said.

On Wednesday, 734 more tests for COVID-19 were done in the province, bringing the total completed in Manitoba to 73,042.

Roussin said the province has still been getting reports of people being crowded together or gathering in large groups at parks, beaches and businesses. He urged Manitobans to keep practising physical distancing even though the province's COVID-19 caseload is low.

"We're not done with this virus. This virus is not done with us. And so we need to continue the practices that got us here," he said.

"It's easy to slip back as we try to get back to some sense of normalcy, but everyone's got to keep in mind that we have to still respect this virus.... We can't expect zero cases. What we can expect is that when we see cases, we don't have numerous contacts to those cases."

Manitoba health officials still have no plans to mandate face masks in the province, but mask use will start playing a more important role over time, Roussin said.

He also said Thursday that Manitoba Parks has reinstated its life-jacket loaner program at 11 of its sites. Those jackets will be cleaned occasionally, though people are still encouraged to bring their own if they don't know how to swim.

"The risk of transmission is relatively low in these circumstances and it's balanced against the risk of harm from drowning for people not wearing life-jackets," Roussin said. 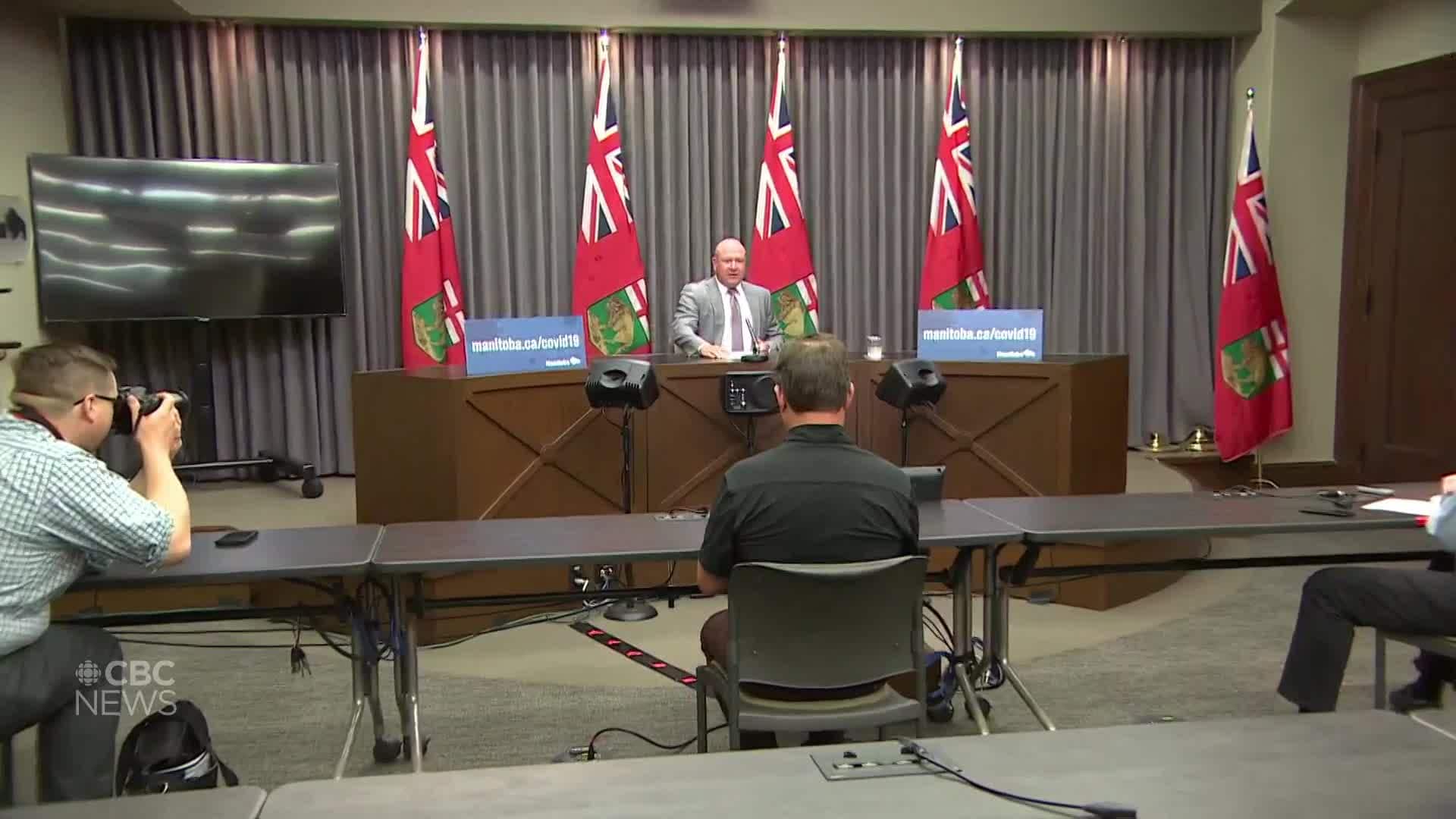