24 more cases of COVID-19 in Manitoba, with 4 people in hospital

Manitoba has 24 new cases of COVID-19, which brings the total in the province to 96, chief provincial public health officer Dr. Brent Roussin announced on Monday.

Manitoba has 24 new cases of COVID-19, with four patients in hospital, the chief provincial public health officer said on Monday.

Of those cases, four people are currently in hospital, including one person in intensive care. One person died last week and two people have recovered from the virus.

The jump in confirmed and presumptive cases comes as the Manitoba government strengthens its orders to keep people separated. On Monday, the province began restricting many groups to a maximum of 10 people from gathering and announced, starting on April 1, the closure of all non-essential businesses.

"We know it's difficult. We know that starting April 1, the difficulty level may raise for many people, Dr. Brent Roussin said.

"You're doing your part to essentially save lives in Manitoba."

Officials are still looking into some of the newest cases to determine where those people got the virus and whether they could have passed it to anyone else. The other investigated cases were either linked to travel or close contact with a confirmed case of COVID-19.

Monday's spike in cases included the first report of COVID-19 in the Northern Health Region.

As well, 18 of the new cases are from Winnipeg, four from Prairie Mountain Health and one from Southern Health.

On Monday, officials also released more detailed statistics on the cases to date.

Notably, the patients include a boy under five years old and a girl between the ages of five and nine.

Seventeen of the cases have been in women in their 20s. Men in the same age group made up eight of Manitoba's confirmed or probable cases. Together, they made up 26 per cent of Manitoba's cases to date.

No one over 90 has been diagnosed with COVID-19 so far, the chart shows.

WATCH: Why it's important to go outside, but avoid crowds Be careful if you head outdoors

7 months ago
1:08
Manitoba's chief public health officer Dr. Brent Roussin encourages people to go outside, but says they should consider turning around if they encounter large crowds. 1:08

There's still no evidence of community spread, Roussin said, but he expects that to change within a few weeks.

Roussin said he wouldn't provide personal information about individuals who contract COVID-19, nor the names of the communities where infected people live, unless there is a threat to public health.

"It does not help the public to know the specific locations of these cases because we're asking everybody to stay home and practice social distancing at all times," he said.

The Cadham Provincial Laboratory performed 1,430 tests over the weekend. The lab has performed 8,550 tests so far.

It is still healthy for Manitobans to go outside, but they should turn around if the place they visit is too crowded, Roussin said.

He expressed concern about urban residents heading to their cottages and overwhelming rural health-care centres if they get ill.

Roussin said the province's health-care system is equipped with enough personal protective equipment, but officials are looking for more just in case.

He also repeated that Manitobans shouldn't use masks if they're going about their regular business. He encouraged people who are concerned to simply stay at home.

Shared Health chief nursing officer Lanette Siragusa said the province is considering surgery delays and cancellations on a case-by-case nature. She said health officials would not stop any procedures that would harm the patient if it were postponed.

She also announced the province's walk-in addiction clinics will begin seeing patients online or over the phone. In-person visits to the Rapid Access to Addictions Medicine clinic, when necessary, will be arranged by appointment.

Manitoba opened two more COVID-19 testing sites on Monday, bringing the provincial total to 16. In Dauphin, the Manitoba Public Insurance Service Centre will take patients from 10 a.m. to 3 p.m., while Powerview School is the testing site in Pine Falls every weekday from 9 a.m. to 4 p.m. 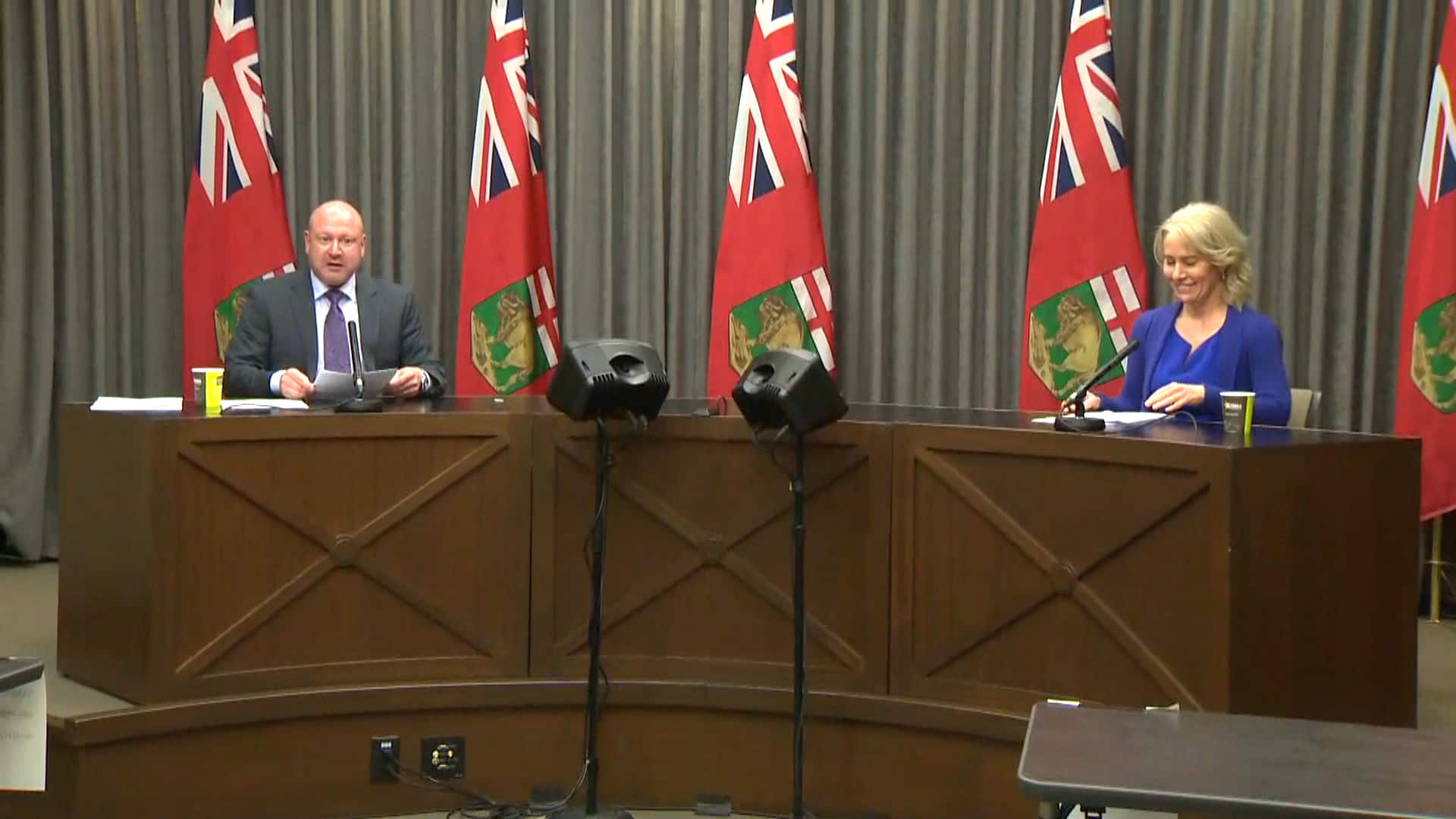