Restaurants can fully reopen in Manitoba, with some changes, starting Sunday

Manitoba will allow restaurants to operate at capacity and will double the maximum size for gatherings under Phase 3 of the provincial reopening plan.

Restaurants in Manitoba will be allowed to operate at full capacity starting Sunday, as long as tables are separated by two metres or a physical barrier.

The eased restrictions will apply to patios and indoor spaces, as well as bars, beverage rooms, brew pubs, microbreweries and distilleries, Premier Brian Pallister said at a Wednesday news conference announcing Phase 3 of the province's reopening plan, which comes into effect Sunday.

People in the restaurant industry told government the 75 per cent capacity limit proposed in Manitoba's draft plan last week wouldn't be enough and there were other ways to maintain physical distancing, Pallister said, as he announced the latest relaxing of measures implemented to curb the spread of COVID-19.

"The consensus, certainly, from people in the industry was that they could continue to keep their customers safe," he said.

The elimination of the capacity limit won't help all restaurants. 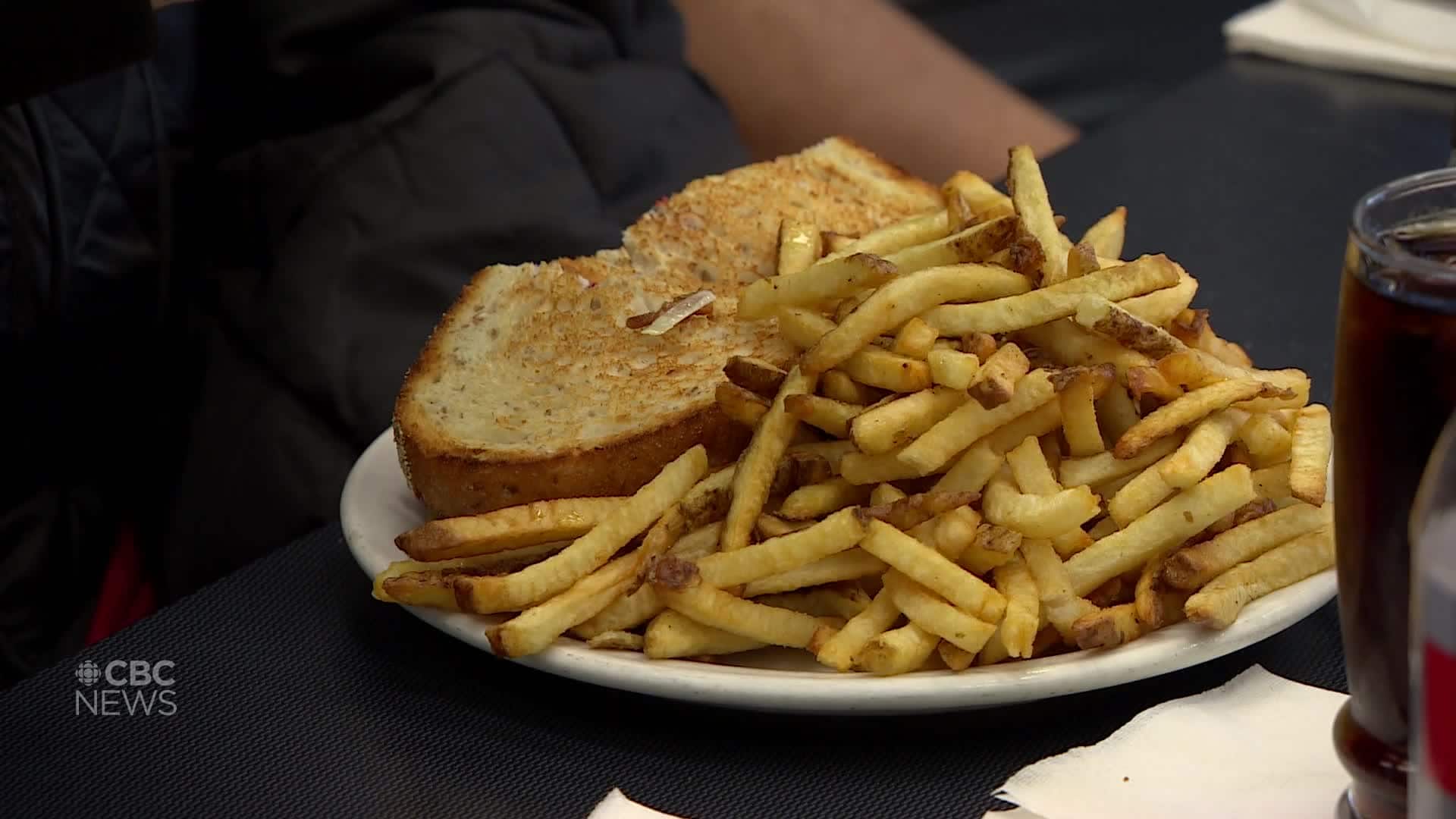 6 months agoVideo
2:09
Restrictions imposed due to COVID-19 pandemic scaled back under Phase 3 of reopening. 2:09

Co-owner Famena Ally says the only way to serve more customers would be to install dividers — if that's even possible.

"We can try and put in like Plexiglas, and make everyone in their own little booths," she said, adding that would eat into meagre profit margins. "It costs money and we didn't work for like three months." 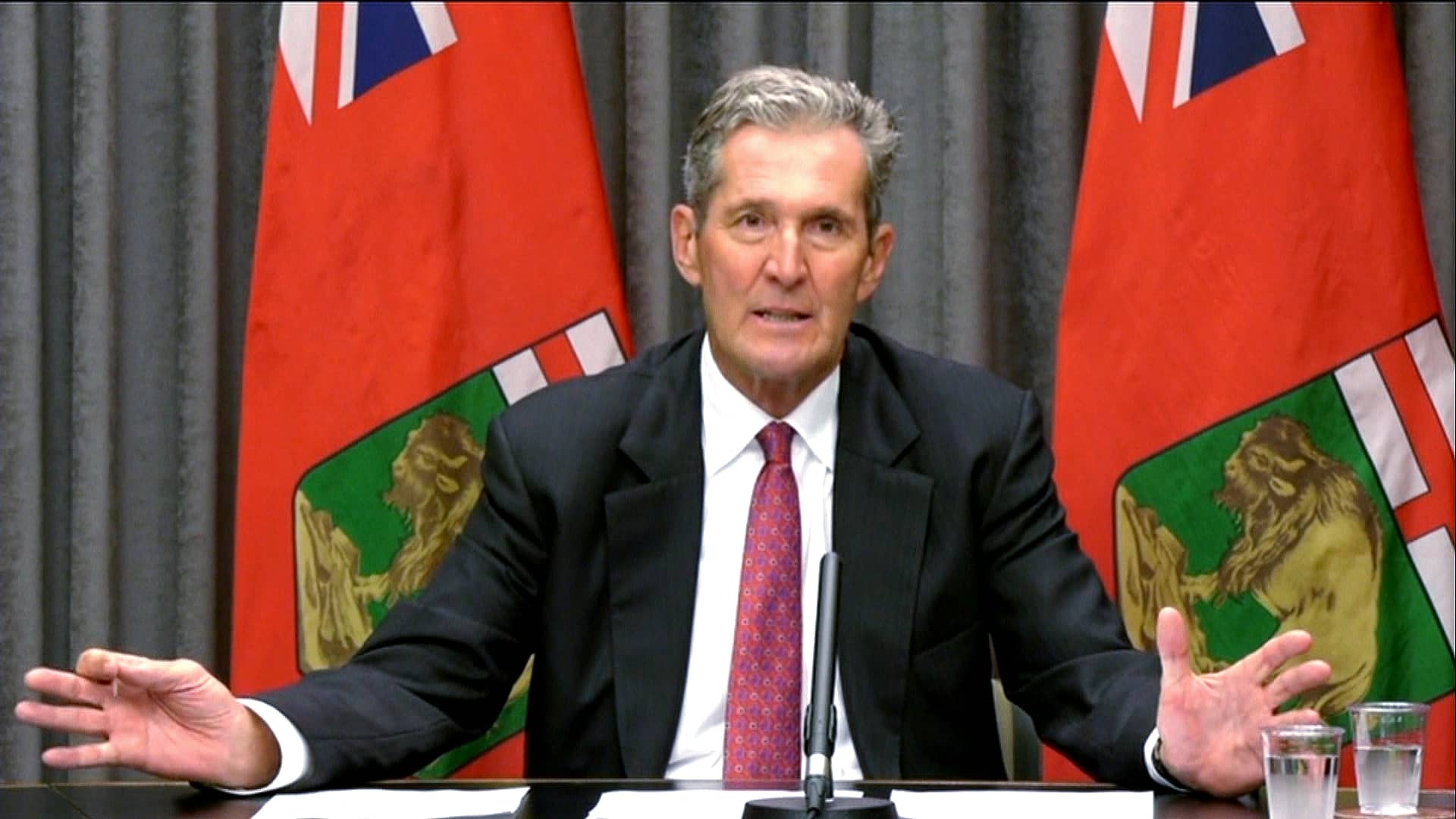 Standing service still won't be allowed, and dance floors will have to stay closed for now.

Manitoba will also double its limits on gatherings — including faith-based and other cultural gatherings — starting Sunday, to a maximum of 50 people indoors and 100 outdoors.

However, larger gatherings are allowed provided people attending can be split up in different rooms or in separate, well-spaced groups of no more than 50 (inside) or 100 (outside) that don't mingle.

In that case, gatherings can be as large as 30 per cent of the site's usual capacity.

The province will also drop its mandatory two-week self-isolation period for travellers coming into Manitoba from Western Canada, the territories, and northwestern Ontario (west of Terrace Bay), as long as they don't have symptoms or known exposure to COVID-19.

Along with Nova Scotia, Manitoba was one of the last two provinces maintaining mandatory two-week isolation for Western Canadian travellers, Pallister said.

"We think this is worth a try," he said.

Anyone coming into Manitoba from those regions will be allowed to travel directly to parks, campgrounds, cabins, lodges and resorts north of the 53rd parallel from within the province.

Manitoba is also dropping its two-week isolation period for people affiliated with professional sports teams or film production, as long as they don't have symptoms and have self-isolated for 14 days before arriving.

For sports teams, the relaxed rules will apply to players, coaches, managers, training staff and medical personnel. They'll be allowed to go to the team's facilities for training or practice, as long as no members of the public are allowed to enter.

The plan says health officials may also consider allowing media to go to those facilities "for broadcast purposes," as long as the public isn't allowed inside.

For film production, the change will apply to anyone affiliated with the production, including cast and crew members.

The self-isolation exemptions will only apply to those coming from within Canada. People coming from outside the country for any reason still need to follow federal quarantine rules.

The Phase 3 plan says the province will consider lifting self-isolation requirements for other industries on a case-by-case basis, and "where sectors propose and provide satisfactory plans to address public health requirements for necessary travel."

It also allows daycares to resume operating at regular capacity, and day camps to increase capacity to 50.

While full in-class learning will remain suspended for what's left of this school year, kindergarten to Grade 12 schools are being told to actively plan for a resumption this fall.

Summer school and day camp programming will also be allowed in Phase 3. Overnight camps are still on hold for now.

Post-secondary schools can also plan for hands-on learning and research this fall, including in-person labs, studio work, trades instruction and practicums. These institutions will be allowed to reopen with strategies like more video-based learning to reduce class sizes and allow physical distancing, but those decisions will be made by the schools "based on their unique layout and plans," the province says.

Seniors centres and clubs will be asked to consider limiting their indoor group sizes to 25 people, or one person per 10 square metres, whichever is the smaller number.

Occupancy limits for health professions, including registered massage therapists, will also be lifted (though they'll have to keep up measures to make sure physical distancing is possible).

Indoor recreation centres — including all sites with VLT lounges, bingo halls, billiard rooms and other indoor amusement centres — and permanent outdoor amusement parks will be allowed to operate at half their usual capacity, with new distancing and sanitization rules.

Pallister said it's still important to be careful and practise physical distancing as part of the economy reopen.

"We see around the world what happens in other jurisdictions where there's been a rush to try to get back to a normal that may not exist for some time," he said.

After Phase 3 starts on Sunday, the province will develop a rapid response system to guide future decisions about reopening, the plan says.

If the data supports it, Manitoba will look at reopening other parts of the economy, including personal services like tattoo parlours, estheticians, theatres and casinos.

Manitoba reported two new COVID-19 cases on Wednesday, putting the province's total since the start of the pandemic three months ago at 306.