A Winnipeg man in his 80s has tested positive for COVID-19, bringing the number of Manitoba cases to eight.

Daycares and casinos to remain open for now, but people urged to stay home on St. Patrick's Day

A Winnipeg man in his 80s has tested positive for COVID-19, bringing the number of Manitoba cases to eight.

The province announced the additional case on Monday afternoon. The man in his 80s appears to have been exposed to the virus while he was abroad, the province said in a statement.

"At this time, it appears all cases were exposed to the virus through recent travel," the province said in the statement.

Earlier, officials said Manitoba is opening two more COVID-19 screening centres — in Flin Flon and The Pas — and continued to ask residents to practice social distancing to prevent the spread of the novel coronavirus.

There is no evidence the virus is spreading from person to person in Manitoba, Roussin said. The province has tested people who have not travelled but have presented serious respiratory symptoms, he said.

"Two weeks ago, we began testing everyone in ICU [intensive care units] and in PCHs, personal care homes and then as of last week we're running COVID-19 tests on all respiratory samples regardless of whether they asked for it or not," he said. 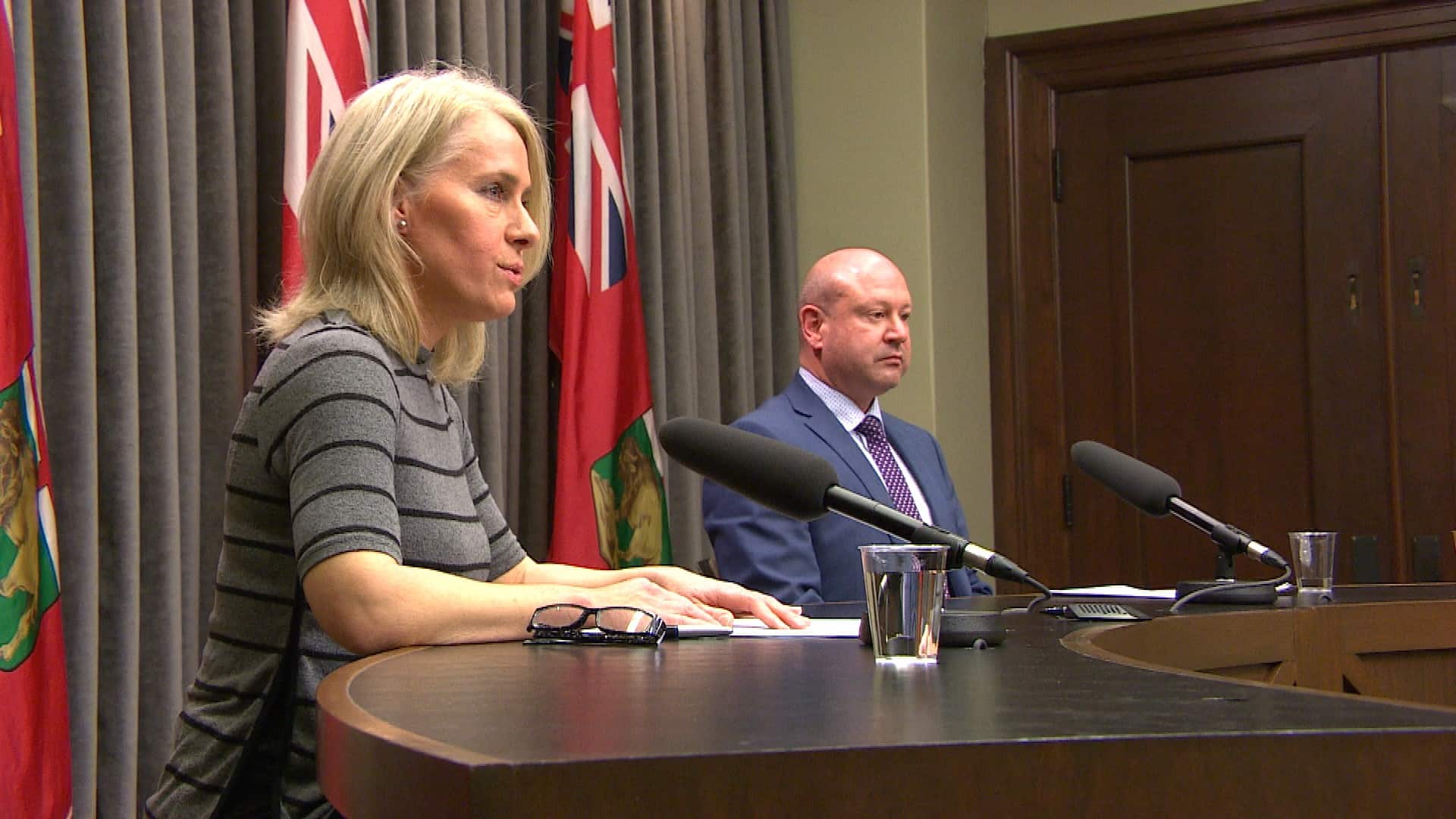 "We have not seen community-based transmission," he said.

As of Sunday, Winnipeg's four dedicated screening sites had seen 900 patients in the previous three days, including 268 on Saturday.

She also said the province is working on a way to contact people with negative test results. People with positive tests are contacted within 48 hours.

Roussin repeated that only patients with symptoms and who have returned from abroad — or have been in contact with COVID-19-positive patients — should be tested.

Roussin continued to urge Manitobans to avoid large gatherings, including on St. Patrick's Day, which is traditionally one of the busiest nights of the year for establishments that serve alcohol.

"There will be a time where we get back to those activities. Now is not that time," Roussin said.

Chris Graves, the owner of the King's Head Pub, said he took it upon himself to close the Exchange District watering hole one day before St. Patrick's Day even though it is the busiest day of the year for his business.

"This is one of the most difficult situations we had to deal with," he said, adding there was no other choice given the need to protect his customers and staff.

He said he wishes Manitoba followed Quebec's lead and ordered all bars to close.

"It should be a complete government mandate that it should not be open, or any bars or hospitality," he said.

Repeated plea: Do not leave the country

Also on Monday, Roussin, the chief public health officer, repeated his pleas that anyone returning home from international travel — including the U.S. — stay home for 14 days.

"Please, please follow our advice. Self-isolate for 14 days," he said.

The only exception applies to health-care workers, who will undergo special screenings to see whether they can return earlier to assist the health-care system.

Siragusa said plans are in place to increase staff levels in the health-care system in the event cases spike upward in Manitoba. That includes enlisting retired nurses and doctors, she said. 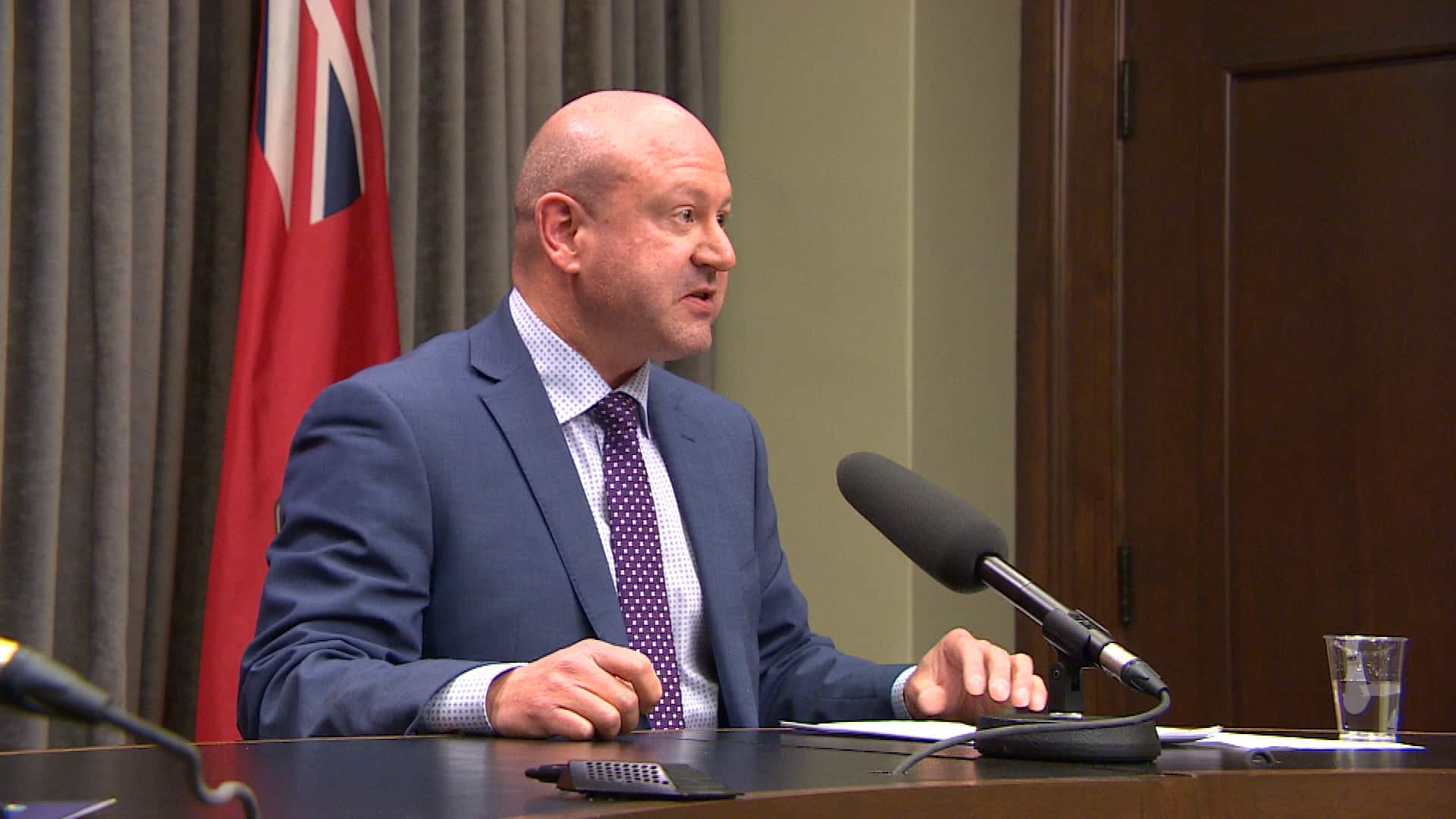 10 months agoVideo
1:11
Dr. Brent Roussin stresses the importance of getting information from credible sources amid the COVID-19 response. 1:11

The province is still trying to speed up response times at Health Links, which received more than 1,700 calls on Sunday, she said. Nursing students at the University of Manitoba have been enlisted to the cause, she added.

The average wait time Sunday was one hour and 43 minutes, she said. More staff are still being added to help deal with the spike in calls, and an online self-assessment tool for COVID-19 that people can use instead of calling Health Links should be ready soon.

Hospital patients can only have one visitor a day and no one with symptoms should visit hospitals or personal care homes, Siragusa said.

The province, which already has ordered schools to close on March 23, is not closing daycares yet. The province is reviewing that decision, Roussin said.

Casinos also remain open but that decision is under review as well.

Roussin also reminded Manitobans not to engage in panic buying or stockpiling goods, and to be wary of scams where people claiming to be health officials ask for personal or financial information.