'This is our time to act,' chief medical officer says as Manitoba sees 1st COVID-19 death

Manitoba's first coronavirus-related fatality involves a Winnipeg woman in her 60s, who was in critical condition in an intensive care unit last week. "It's a Manitoban that we lost, and our hearts go out to their friends and family," chief provincial public health officer Dr. Brent Roussin said.

Death of Winnipeg woman in her 60s who was in intensive care 'a tragic loss,' says Dr. Brent Roussin

Manitoba has seen its first fatality related to the COVID-19 pandemic: a Winnipeg woman in her 60s, who died after she was admitted to an intensive care unit in critical condition last week.

"It's a tragic loss. It's a Manitoban that we lost, and our hearts go out to their friends and family," chief provincial public health officer Dr. Brent Roussin said Friday morning.

"But this is our time to act now. Stay home if you can."

Health officials would not answer questions about whether the woman had any underlying medical conditions, citing privacy laws. Roussin said he was not aware of any other COVID-19 patients being in the hospital as of 9:30 a.m. Friday.

Manitoba has lost its first patient to COVID-19

10 months agoVideo
2:06
Manitoba has seen its first fatality related to the COVID-19 pandemic: a Winnipeg woman in her 60s, who died after she was admitted to an intensive care unit in critical condition last week. 2:06

The province also announced Friday that it is ramping up measures to deal with the virus. That includes cracking down on public gatherings, which will soon be limited to 10 people.

The province will also force retail businesses, including grocery stores, to make sure customers are at one to two metres apart at all times, bolstering what was previously only a recommendation.

Those measures come into effect on Monday.

Hours after announcing those measures, the province said it has also introduced five provincial border checkpoints, where travellers will be informed about the risk of COVID-19 and the need for self-isolation. The campaign will also include signs at the Winnipeg and Brandon airports.

Earlier Friday, the province announced it is launching an online counselling program for people dealing with anxiety related to the pandemic. The resource, which is expected to be available in two weeks, will pair people with a therapist for a 12-week cognitive behavioural therapy curriculum to help ease their symptoms.

Three additional probable cases of the coronavirus had been identified as of 9:30 a.m. Friday, bringing the total number of lab-confirmed positive and probable cases in Manitoba to 39.

Health officials are still looking into how the three latest people got the virus, and whether they could have spread it to anyone else.

WATCH | Dr. Brent Roussin talks about what Manitobans should do in the wake of the province's first COVID-19 death: 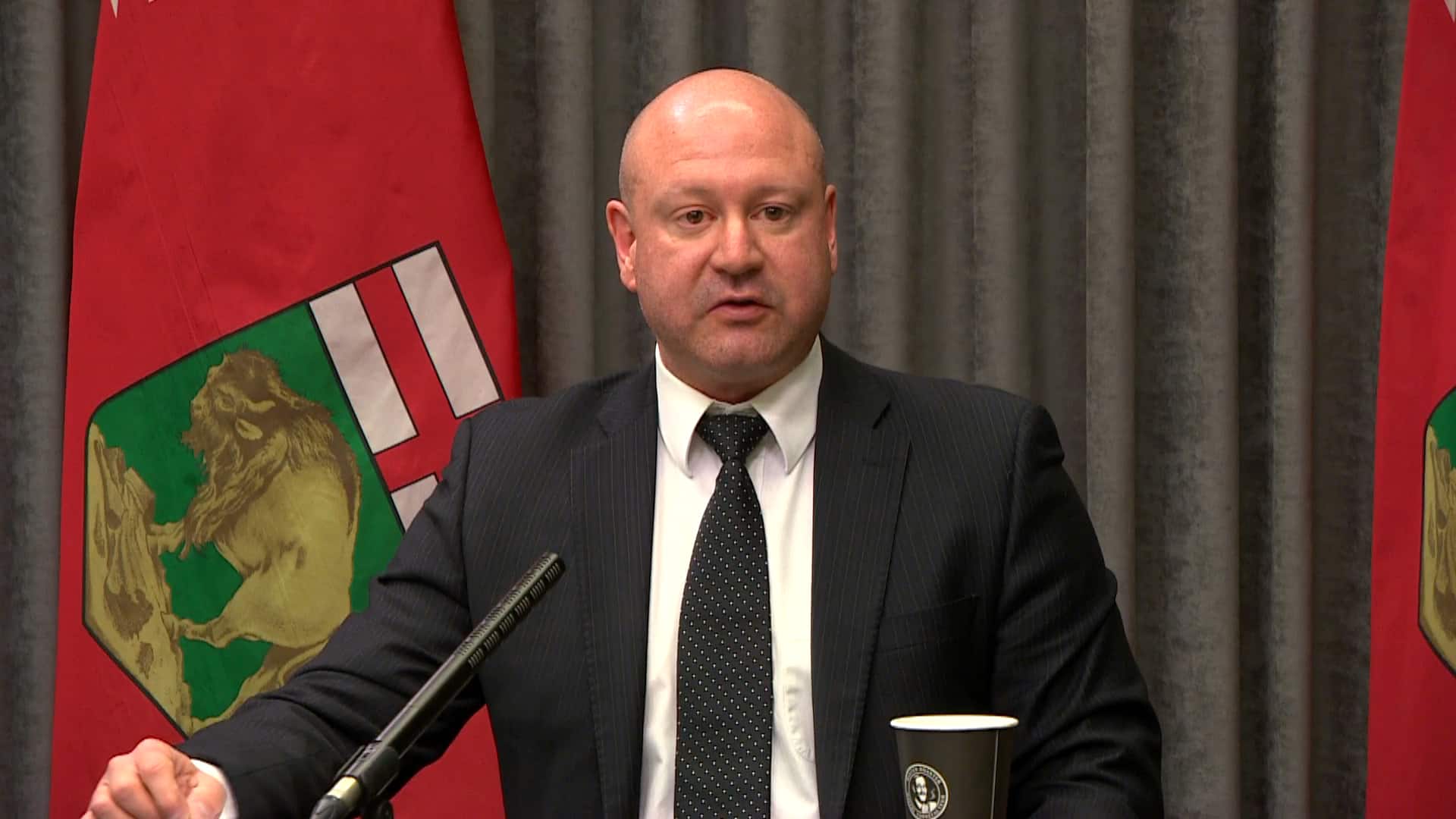 10 months agoVideo
1:02
Chief provincial public health officer Dr. Brent Roussin talks about how Manitobans need to step up and help slow the spread of COVID-19 after a woman in her 60s died from the virus. 1:02

Roussin said contact tracing — tracking down the people a confirmed COVID-19 patient might have passed the virus to — sounds like a big job, but it's one health-care workers frequently do for other illnesses, like meningitis.

"It does sound daunting," he said. "They do this all the time, and they deal with different scenarios, so we rely on their expertise and they perform their jobs quite well."

Those workers will identify themselves and the reason they're calling, and will ask questions to confirm the patient's identity — but they'll never ask for credit card numbers or financial information, so people should be aware of phone scammers posing as lab workers, Siragusa said.

It will take a few days to catch up on the backlog of test results, and patients may get more than one call from people doing contact tracing.

"After a positive case is found, public health officials will almost immediately contact that patient and get as many details as they can about where they've been and who they've seen," she said.

"They will then be calling as many as up to 20 contacts, potentially more, to see who they were in contact with over the last couple of weeks." 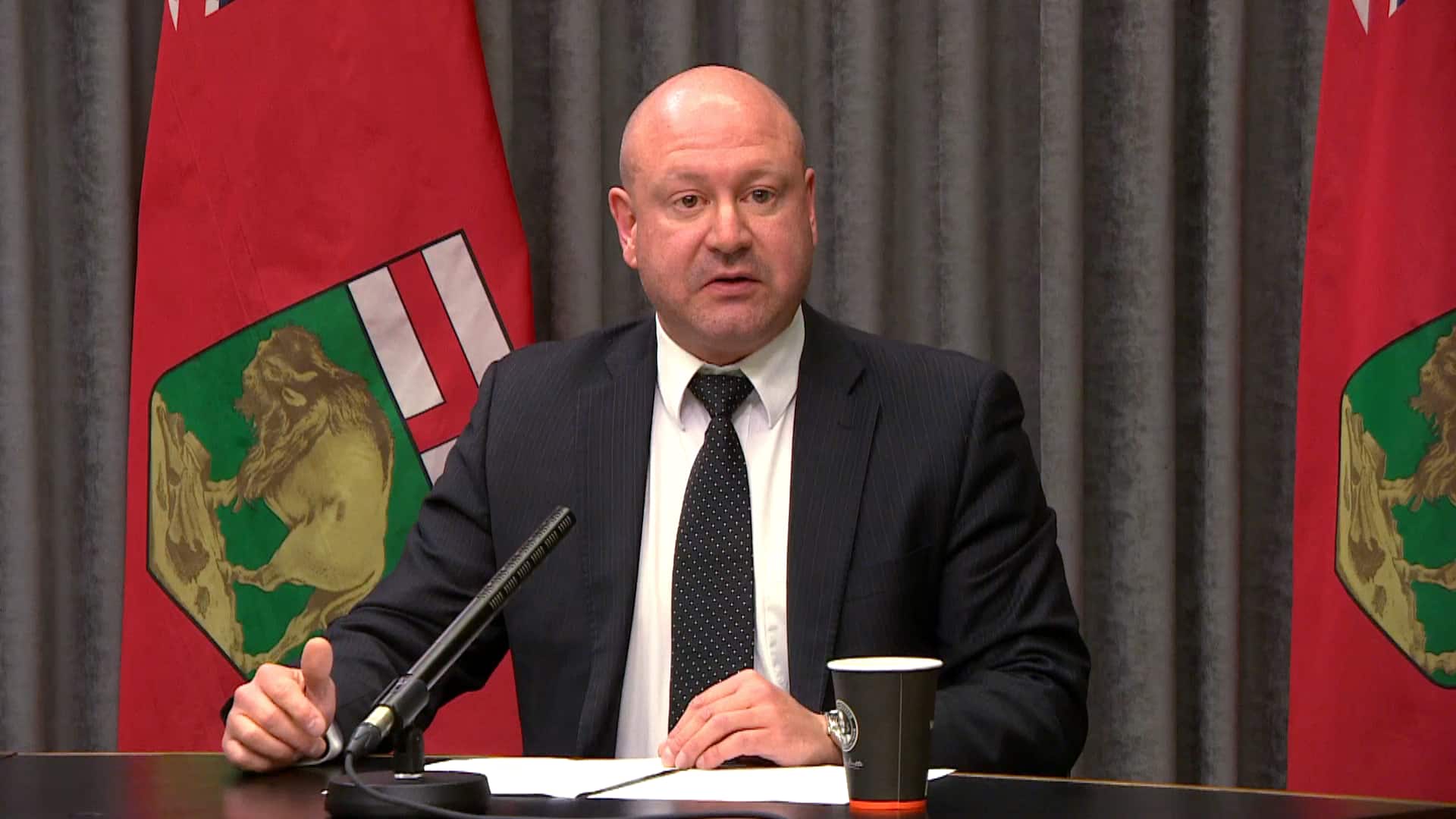 While a number of identified COVID-19 cases in Manitoba were likely spread by known contact with confirmed cases, there is still no determination of widespread or sustained community-based transmission in the province, Roussin said.

The province is upgrading its computer system to track patients from testing to recovery and recruiting people to work in a centralized COVID-19 unit that will do contact tracing and surveillance, Siragusa said.

The new centre will open next week in Deer Lodge Centre, she said.

It will be set up in a vacant space inside the centre, away from the patient care area.

Setting up the centre at Deer Lodge will let employees use the existing network and servers, whether they're working in the office or from home, Siragusa said.

"It will also provide sufficient space so that they can work and still be socially distanced."

Red River College also donated about 1,795 face masks that will be distributed to front-line health-care workers.

Manitoba has received COVID-19 test results for 6,203 people in the province. On Thursday, 606 tests were completed.

On Thursday, public health officials announced the province is expanding the criteria for testing to include symptomatic health-care workers and people who live or work in remote communities or group settings, like correctional facilities, shelters, long-term care or residential facilities and remote work camps.

Manitoba will provide information about the gender, age, region and recovery of COVID-19 patients online, which is in line with what other provinces have done, Roussin said.

Meanwhile, the average wait time for Health Links has gone down again to 18 minutes, said Siragusa.

The busy signal people were getting has been eliminated because hundreds more phone lines were installed on Friday morning, she said.

Health Links got a record 2,560 calls on Thursday, and its online assessment tool has received more than 300,000 views since its launch.