The College of Physicians and Surgeons of Manitoba (CPSM) has released its draft statement on doctor-assisted dying and is asking its members and the public for feedback. 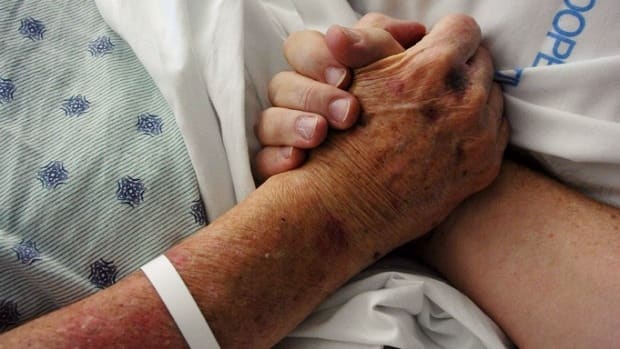 5 years ago
1:07
The College of Physicians and Surgeons of Manitoba has released its draft statement on doctor-assisted dying and once again, is asking its members and the public for feedback 1:07

The College of Physicians and Surgeons of Manitoba (CPSM) has released its draft statement on doctor-assisted dying and once again, is asking its members and the public for feedback.

"The statement clearly indicates the physician is not obligated to provide physician-assisted dying if they feel they can't. They don't have to refer [the patient] either. However it does say the physician cannot be an obstruction for the patient. The physician must provide the patient with timely access to another member or to a resource where the patient can get the information they need."

Among other things, the statement outlines how patients will be able to request and access physician-assisted dying, what role a doctor will play in the process, or if the physician refuses to participate, what at a minimum should be expected of a doctor.

As of Feb. 6, 2016, it will be legal in Canada for a physician to assist a competent adult in taking his or her own life under strict conditions.

Several doctors in the province have told CBC News they will refuse to participate in physician-assisted suicide, and they won't refer patients to other doctors out of conscientious objection.

The College's statement addresses that concern. However a physician will have to explain to the patient why he or she can't perform the procedure, The doctor must release the patient's file, and give the patient access to timely information or a resource. It's not clear what that resource will be.

"The statement has been drafted in a vacuum with no legislation requirement from anyone and no government support for anything. How would we envision it? It may be a service run through a government agency. A number to call or set up an appointment to get information," said Ziomek.

The CPSM has launched a 30-day consultation process on the draft statement and is offering an online survey though its website to gather feedback.

A 12-member working group was created this spring to draft the statement based on input from its members as well as submissions from patients and the general public.

The working group included physicians, members of the public, a student, administrators, a palliative care physician and a representative of Dying with Dignity, an advocacy organization lobbying to give Canadians end-of-life choices.

The statement also includes a list of safeguards. Two physicians have to participate all the way through the process of a patient's request. The patient would have a two week "cooling off period" and be assessed again before the procedure is carried out. If there are concerns about the mental capacity of the patient, a psychiatrist would be consulted.

Ziomek doesn't know where the lethal drugs will be administered. She said it will be up to government to decide if it will be in hospitals, seniors' facilities, or the person's own home. She said one option for remote areas might be a mobile team travelling to the community.

A survey has been posted online for the college's members and the public. Ziomek is encouraging individuals and groups to give their input. A final draft is expected to be approved in December.

Ziomek said if any provincial or legislation comes into place before then that goes against the statement, the working group will have to go back to the drawing board.

Submissions responding to the draft statement can also be sent by:

The deadline for submitting feedback is Nov. 15, which will allow the CPSM to consolidate and consider the submissions before it prepares a final version of the statement and a summary of feedback for its council meeting in December.

The intent is to have a final statement ready for implementation on Feb. 6, 2016.