Manitoba appears to be bucking a national population trend by having more young people than seniors, the latest census data says.

Rural municipality of Stanley, which includes Winkler and Morden, has 2nd-youngest population in Canada

Manitoba appears to be bucking a national population trend by having more young people than seniors, the latest census data says.

Statistics Canada's 2016 census figures show that for the first time, the number of seniors in Canada has edged out the number of children age 14 and younger — except on the Prairies, where there are more children than seniors.

The rural municipality of Stanley in south-central Manitoba, which includes the cities of Morden and Winkler, is one of two Prairie municipalities with the youngest populations in the country.

"It's because of the water they're drinking," joked Morris Olafson, reeve of the RM of Stanley.

"But behind that is that there's a large immigrant bunch here," he said. "Lots of them come in with four or five and up to 10 kids and all that — it's quite a bit." 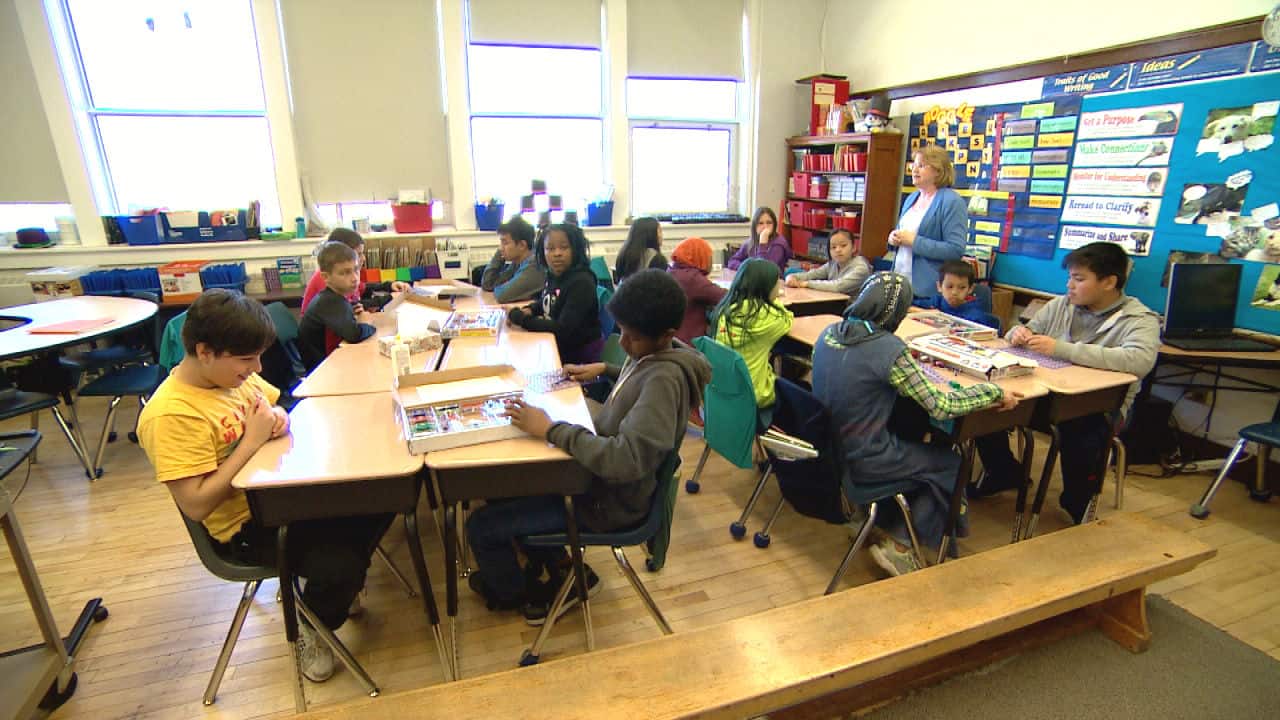 4 years agoVideo
0:48
Manitoba appears to be bucking a national population trend by having more young people than seniors, the latest census data says. 0:48

Many of the families who have moved to the region are from Russia and Mexico, but they come from around the world, he said.

Flory Bahati and Amina Ikaza Mulamba, who came to Canada from Congo and are now raising a young daughter in Winkler, were surprised to hear their city is so youthful.

"There is [a] young generation in Winkler. That's good, and I'm surprised by that," said Mulamba.

"We are happy to be here and we are [living] in the community," said Bahati. "Winkler is a nice place to live for children, for young couples, for everyone."

Olafson said while it's great to have such a young population, it poses challenges for local schools, which are bursting at the seams.

Winnipeg also has a higher number of children 14 and under than people 65 and older, with kids making up 17.1 per cent of the city's total population versus the 15.4 per cent who are seniors.

However, Manitoba does not have the youngest average age in Canada. That distinction goes to Nunavut, at 27.7 years old.

It's projected that by 2061, there will be 12 million seniors and 8 million children in Canada, according to the census.

But Phil Cyrenne, an economics professor at the University of Winnipeg, said he does not think Canada will end up like Japan, the world's fastest-aging country, where seniors account for more than a quarter of the population.

"I don't imagine Canada will go down the road of Japan for two reasons: one is our fertility rates are higher and second is we have more immigration … both recent refugees but also, in the longer-term sense, we have an immigration policy," he said.

However, the national aging trend could put a strain on some services, including pensions and health care, he says.

"If there are fewer children, there tends to be less demands for education, elementary schooling. If you look at seniors, in general, eventually they're going to need home care or … nursing care. So those are concerns that governments have to deal with," he said.

"But in general, some people are saying that seniors on average are healthier, so that may delay that process a little."

At Holy Eucharist Ukrainian Catholic Church in Winnipeg, where a group of volunteers prepared to make perogies on Wednesday, some seniors talked about the importance of staying healthy and socially connected.

"It's very important for the community to get together, especially older people … most of them are by themselves [if they] lose their spouse or something, and it gives them a chance to get together," said Mike Kowalchuk, 75.

Another perogy-making volunteer, 68-year-old Rosalie Shupenia, said her mother is turning 95 and is still well enough to live on her own.

With files from Karen Pauls, Meaghan Ketcheson and Jacaudrey Charbonneau