'We say no': Manitoba defies Ottawa by killing its carbon tax plan

Province getting too little credit for green economy, premier says

In a surprise announcement, the Manitoba government will no longer willingly impose a carbon tax on its citizens.

Premier Brian Pallister revealed in the provincial legislature Wednesday that he will defy the federal government's carbon-pricing strategy and abandon the carbon tax from his own policy, focusing instead on other efforts to curb emissions.

"Our course of action is clear. The federal government says Manitobans are not doing enough to protect the environment. We say no," Pallister said.

"We say yes to a made-in-Manitoba green plan — without a carbon tax," he said in closing, shocking the opposition.

Without the new revenue source, Pallister said in a news conference, he must withdraw a planned tax break, which included a hike in the basic personal tax exemption.

"Sadly, those have to be deferred, because we don't have the revenue to return to Manitobans."

Before today, Pallister's government was proposing a flat carbon price of $25 per tonne, while the federal government's plan would start at $10 per tonne in 2018 and rise by $10 per year until it hit $50 per tonne by 2022.

Pallister said it's become clear through a year of negotiations that the federal government is giving the province no credit for the green investments it has already made in hydroelectricity.

"We have a choice, either we're going to stand up for Manitobans in a year when the feds come in, as they've threatened to do, with a higher carbon tax, or you do it now," he said. "We're doing it now."

Province won't give up fight

The province has received legal advice that it may be able to overrule Ottawa's imposition of its higher carbon tax if it can prove its mitigation efforts hit the same policy goals.

Despite his government previously saying it was either Manitoba's carbon tax or the levy crafted by the federal Liberals, Pallister said the legal opinion all along was that they needed an acceptable plan.

He said they did that, in consultation with industry and Manitobans.

Pallister argued the federal government has shown flexibility with other provinces on environmental matters, such as this week's announcement of a $40-billion liquefied natural gas project in northern B.C.

He says the province's other green investments should be enough that an escalating carbon tax isn't forced upon them.

The province's move, which follows similar objections from Ontario and Saskatchewan, arrived in Parliament with a pointed question for the prime minister.

"Now that another province has said no carbon tax for their province, will this prime minister recognize that a carbon tax penalizes Canadians?" said Conservative MP Candice Bergen.

"It penalizes farmers, it penalizes industry, it penalizes Canadians, it does nothing to help the environment. Will he do the right thing that Brian Pallister did today and say no to the carbon tax?"

After question period, Bergen suggested Manitoba's withdrawal should cause the federal government to reflect.

The provinces, one after the other, are rejecting his carbon tax," she said. "He's left with a bad tax that will have no positive results, will only penalize Canadians, and he needs to abandon it." 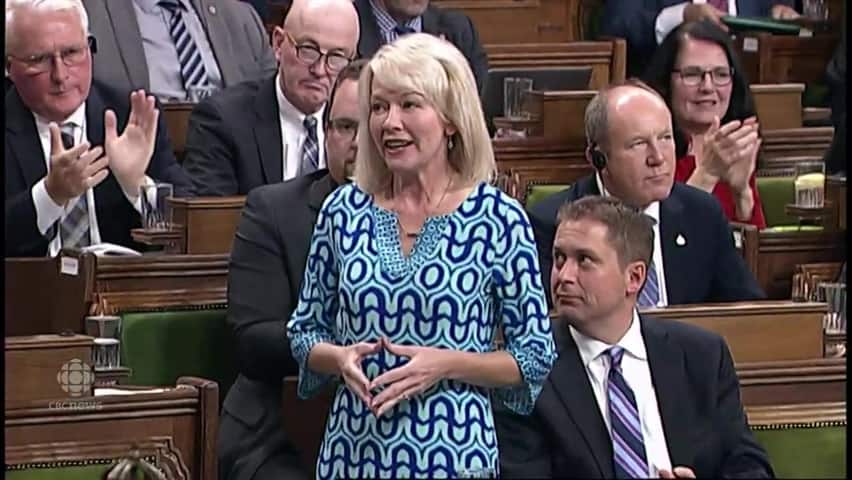 "We are disappointed with the Manitoba government's lack of leadership on pricing pollution. We know that making polluters pay is good for the economy and good for the environment — which means that it's good for the middle class," LeBlanc said in an emailed statement.

"As we've said all along, if provinces refuse to make polluters pay, we will — and we'll give the money back to Canadians."

"What we're seeing today is a premier throw up the white flag and admit that he had no plan to reduce emissions," he said. "He's decided to jump into bed with [Ontario Premier] Doug Ford and [Alberta Opposition Leader] Jason Kenney."

"It's hardly news that this government doesn't have a plan for anything. This is one example where they had a plan, they looked like they were going to do something, and they abandoned it — but it's not quite clear why."

Pallister said his government would introduce two amendments to Manitoba's climate act next week to account for the changes he announced.

Other aspects of the province's green strategy may be strengthened as a result.

"Our plan, which is 67 pages, has 66 pages of mitigation activities and exercises [that aren't the carbon tax] and we'll be proceeding with those," Pallister said.

He added it was too early to say if Manitoba would join the legal challenge introduced by Saskatchewan.

The Canadian Taxpayers Federation, a vocal critic of the carbon tax, was overjoyed by the province's reversal.

The carbon tax was expected to net the Manitoba government $248 million in a year. 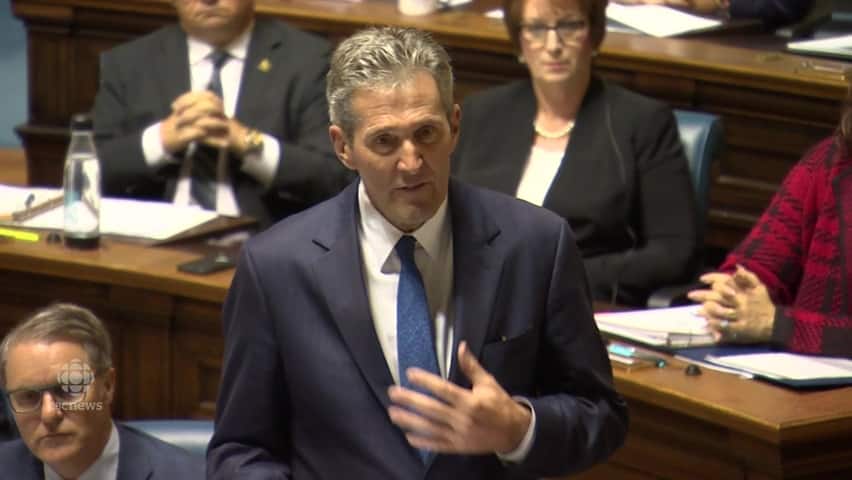 2 years ago
2:33
In a surprise announcement, the Manitoba government will no longer willingly impose a carbon tax on its citizens. 2:33