Premier Brian Pallister announced Wednesday his government will launch a legal challenge against the federal government, which followed through on imposing its new levy on Monday.

The Manitoba government will go to court over Ottawa's imposition of a carbon tax.

Premier Brian Pallister revealed Wednesday his government will launch a legal challenge against the federal government, which imposed its new levy as promised on Manitoba, along with three other provinces, Monday.

"We're going to court, sadly, to challenge the Ottawa carbon tax because Ottawa cannot impose a carbon tax on a province that has a credible greenhouse gas-reduction plan of its own, and we do," he told reporters.

The carbon tax is now charged on 21 different fuel inputs in those provinces, including gasoline, at a rate of $20 per tonne of carbon emissions. That will gradually rise to $50 per tonne by 2022.

Pallister said Wednesday his government has a strong legal case against the federal tax, separate from a court challenge already launched by Saskatchewan, and backed by Ontario and New Brunswick, because it originally proposed its own tax.

Manitoba backed away from that plan, which proposed a flat carbon price of $25 per tonne, when the federal Liberal government declared it didn't go far enough.

The premier also said it wasn't fair that the federal government had offered exceptions to other provinces, but not Manitoba.

He's previously said Quebec's cap-and-trade program is much less stringent than the flat $25-per-tonne price he proposed before he withdrew the Manitoba carbon tax, and has argued Manitoba isn't given credit for the clean energy it produces.

"I'm the only Conservative premier in the country that took steps to develop a green plan, which actually involves our people here contributing somewhat to a levy." 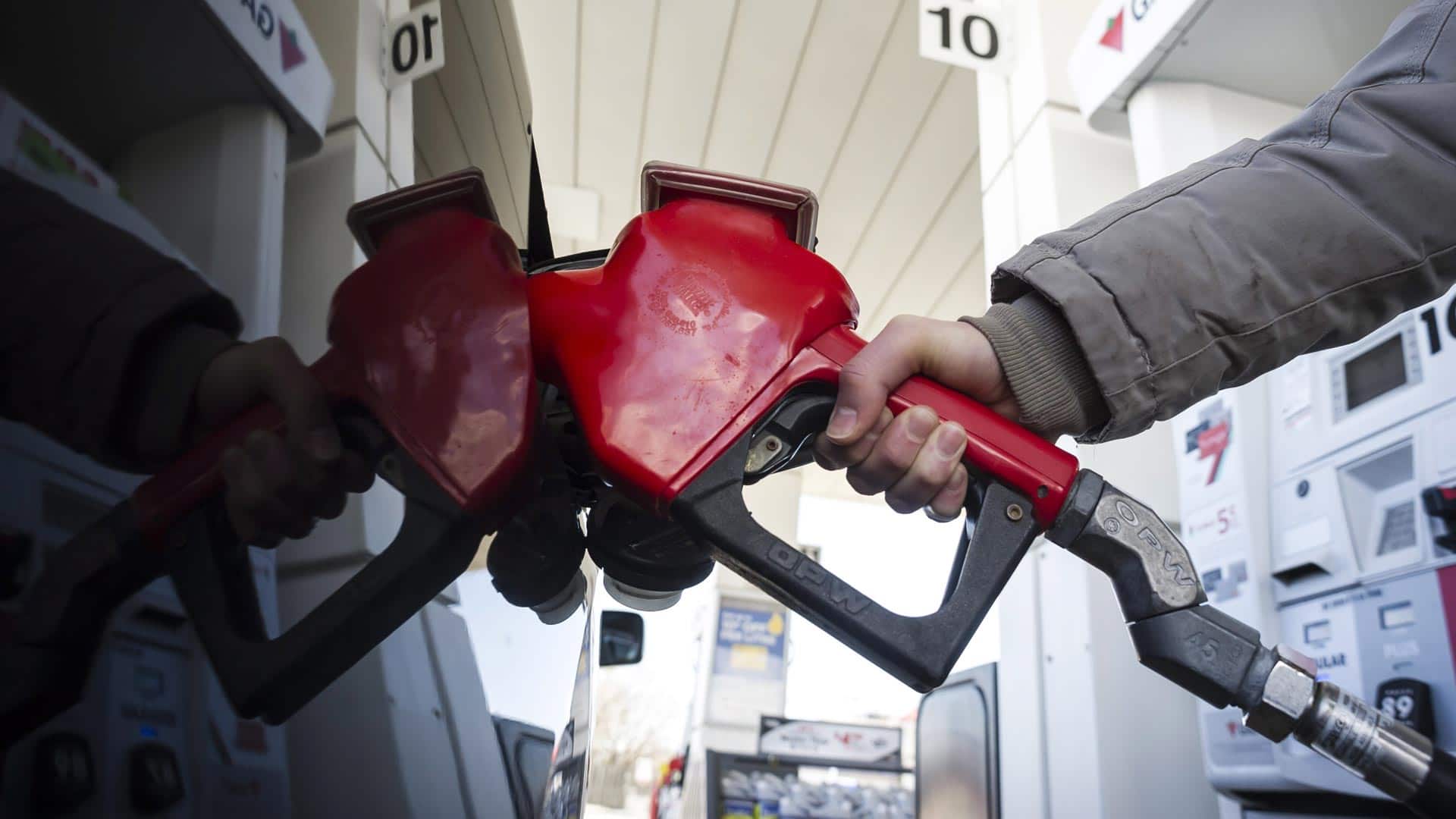 What you need to know about the federal carbon tax

2 years ago
4:35
The federal Liberal government will begin levying its carbon tax on greenhouse gas-emitting fuels today in the four provinces that have refused to take part in the pan-Canadian climate framework. 4:35

Pallister said his decision was influenced by discussions with government lawyers, and that Manitoba's legal argument is more convincing now that the federal backstop is in place.

"There's no point launching the case unless they were going to intrude on Manitoba's jurisdiction," he said of the federal government. "They didn't do that until this past Monday."

Manitoba will withdraw the court challenge, which may take two to three years to wind through the legal channels, Pallister said, if the Saskatchewan court challenge succeeds, or if the Trudeau government is defeated in the next federal election.

"My hope would be it's resolved by previous court decisions and we don't need to carry it further," Pallister said. "I guess I could be accused of trying to save money, yet again."

If Ottawa's plan is rejected, Pallister wouldn't say whether he would implement the carbon tax plan his government originally proposed.

"I think it's really ironic," she said from Ottawa.

"The day after we release a climate report for Canada by our scientists that said that Canada's warming is double the world average that we have the premier of Manitoba deciding to take us to court, to spend taxpayer money fighting climate action as opposed to fighting climate change," McKenna said.

"Manitoba had an opportunity to have a plan and, unfortunately, they flip-flopped so many times."

Manitoba NDP Leader Wab Kinew pointed out the province received a legal opinion two years ago that said the federal government has the right to impose a carbon tax.

He said this lawsuit, which he described as "frivolous," won't change that.

"We can debate the merits of the carbon pricing measure, but I can tell you one thing for sure: taking the federal government to court on this is just going to waste taxpayer money and it's going to do absolutely nothing to fight climate change here."

The legal opinion said the province could legally snub the federal carbon tax scheme if it demonstrated that its plan was equally effective at cutting emissions.

The government would be better off returning to the negotiating table with the federal government, argued Manitoba Liberal Leader Dougald Lamont.

"To go against the advice of a very well-respected law prof who you've paid tens of thousands of dollars to give you advice on this matter doesn't make any sense to me."