The Manitoba government announced it will be easing public health restrictions for businesses to reopen slightly more starting this weekend — but some owners are happier than others.

Greg Tonn is jazzed about the prospect of welcoming customers back to his Exchange District record store.

"We were really, really excited to learn that that will be able to open," said Tonn, who owns Into the Music on McDermot Avenue.

The Manitoba government announced it will be easing public health restrictions for businesses to reopen slightly more starting this weekend.

The new rules allow businesses to sell non-essential items. Stores are limited to 25 per cent capacity or 250 people max, whichever is lower. Barber shops, hairstylists and non-regulated health services, such as pedorthists, can also reopen, assuming COVID-19 protocols are in place and contact tracing information is gathered. 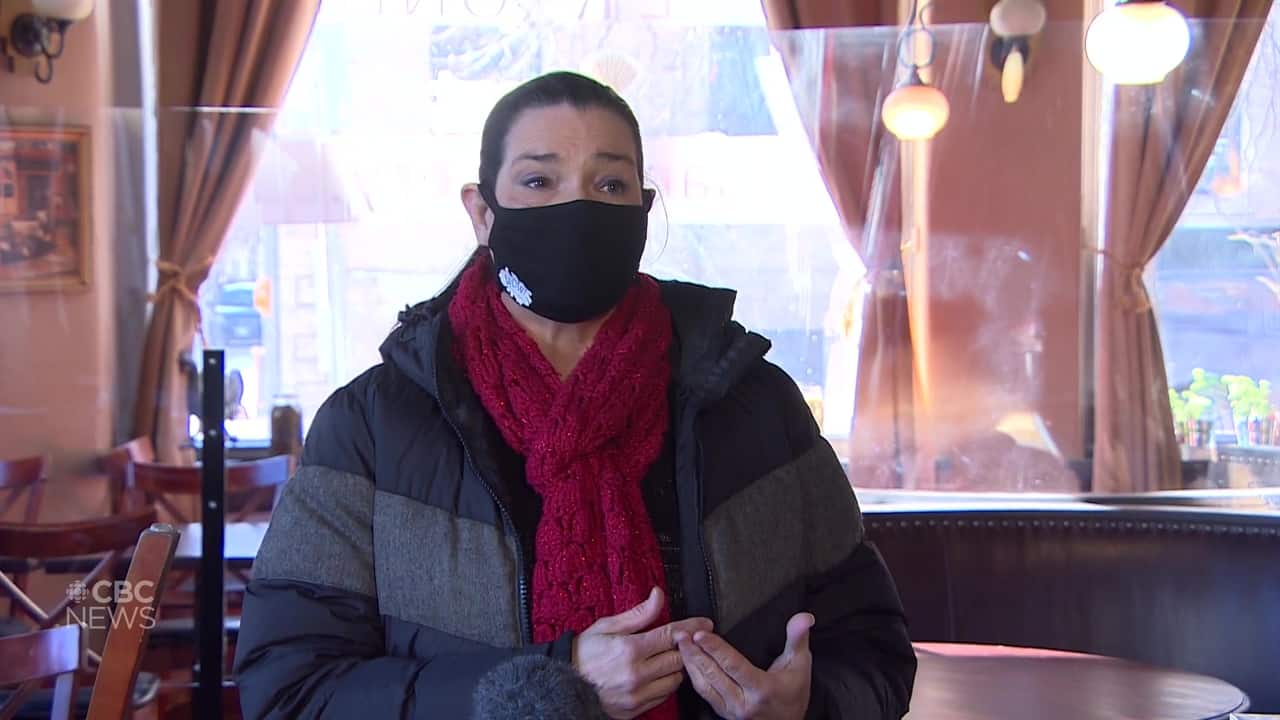 1 month ago
2:28
Restaurants and fitness centres are among the businesses that still can't reopen Saturday due to the province's pandemic restrictions. Michelle Field is frustrated that places like hair salons will be allowed to reopen but restaurants remain closed to in-person dining. 2:28

The regulations will be in place for at least three weeks starting 12:01 a.m. Saturday.

Tonn was anticipating the call to reopen and contacted his key staff Wednesday to make sure they were prepared. He said some customers are already calling to ensure he'll be open Saturday.

"We really have missed that collegial rapport that we have with our customers," Tonn said.

A record store is also a "tactile" experience, said Tonn. Many customers like taking their time, perusing the available selection. For the past couple of months, the shop has sent out a newsletter to keep customers updated on inventory, but he said it isn't the same experience.

Brian Scharfstein, pedorthist and owner of Canadian Footwear, is also looking forward to the relaxed restrictions, which will allow his business to expand its hours of operation and bring back laid-off employees.

"This is having a huge effect on us," said Scharfstein.

Pedorthists are like pharmacists for people who need special footwear — from shoes, to orthotics, to compression stockings — to move around, Scharfstein said. Yet they were deemed non-essential when the province had to partially lock down again in November 2020.

Scharfstein hopes the scaled reopening will make customers less hesitant to come into the shop.

"I'm just hoping that our customers will remain as vigilant, and we hope that we can meet, and exceed, their expectations, because being safe is the No. 1 thing that we're concerned about, to make sure that people can walk," he said.

"We want them to be feeling safe and know that they can get their footwear and be taken care of in a safe environment."

'My reaction ... is frustration'

Meanwhile, restaurant and gym owners are trying to understand why they must stay shuttered to the public.

"My reaction immediately is frustration," said Michelle Field, director of operations for WOW! Hospitality, which runs restaurants such as the Peasant Cookery and 529 Wellington in Winnipeg

"I'm at a hair salon — I'm there for three hours. When I'm at a restaurant, the interaction I'm having with my server is probably, for the entire experience, maybe 10 minutes in total. And there are barriers in front of me, behind me — and I'm just sitting with my guests who, now, I can have at my home."

Restaurants can only offer takeout or delivery services, as dine-in service is prohibited. But for WOW! Hospitality, that means sales are down between 95 to 98 per cent in the restaurants it has reopened, said Field.

"We spend hundreds of thousands of dollars on these beautiful, beautiful spaces and all we're using is the kitchen," she said, adding that the organization is also concerned about its employees who are losing income because of lower tips.

Tom Hoang, owner of Pho Hoang, says his restaurant has lost half its sales, but is making it through code red on takeout orders.

"We're not making any money. We just stay open and keep waiting for the pandemic to be over," said Hoang, later adding that he has to keep his business open just to break even.

"The virus is still there and if we open, maybe we have to shut down again. So we better just listen to the government."

The fitness industry, which includes gyms and fitness studios, is also upset about having to remain closed and is calling on the provincial government to include industry stakeholders in discussions about economic reopening.

"Of course we're upset. But we want to be part of the solution," said Dino Camire, gym owner and head of the Manitoba Coalition of Fitness.

"Our optimism is decreasing. We're getting less confidence in the strategies being rolled out, because these things are taking a lot longer than we've been told. If we have this dialogue, this communication, and we could be kept abreast of what's actually happening, maybe we'd be a little bit more confident in what's to come."

Both the restaurant and fitness industries are calling on the Manitoba government to share COVID-19 data with them when it comes to making restriction changes. They believe officials are labelling these businesses as spreader sites, but members of those industries say they haven't seen the data to support that.

With files from Nelly Gonzalez, Cory Funk and Faith Fundal