After soaring numbers earlier this year, the number of people RCMP found walking across the border into Manitoba went down in April, and then again in May.

In May, 27 per cent fewer asylum seekers caught by RCMP in Manitoba than previous month

After soaring numbers earlier this year, the number of people RCMP found walking across the border into Manitoba went down in April, and then again in May.

That's according to updated numbers released Friday by the Canada's government department of Immigration and Citizenship.

In May, 106 people were intercepted by RCMP crossing the border between official ports of entry in Manitoba.

That's down about 27 per cent from April when 146 asylum seekers were intercepted and down from in March when 170 refugee claimants were stopped by police.

The downward trend comes despite concerns that as weather warmed up, more refugee claimants would make the risky journey on foot into Manitoba.

"Canadian authorities are continuing to effectively managing the arrival of asylum seekers, applying our laws and procedures to keep Canadians safe while fully respecting all of our international obligations," said Public Safety Minister Ralph Goodale in a written statement. 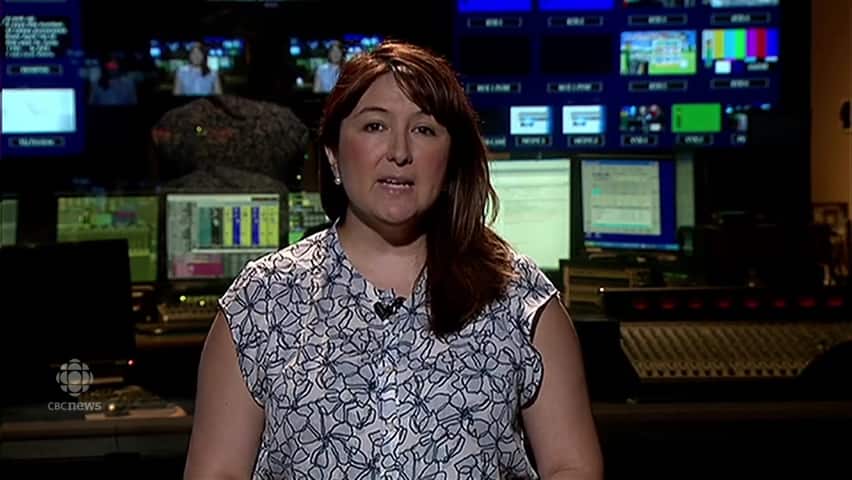 Refugees could wait up to 11 years for hearing as Legal Aid faces spike in cases, flat funding

3 years ago
1:22
Legal Aid Manitoba is experiencing a huge spike in applications, which a report out Thursday predicts could eventually lead to a staggering 11-year delay for refugees waiting for a hearing. 1:22

The trend in Manitoba is also reflected in national numbers on refugee claimants intercepted at the Canada-U.S. border.

Across the country, fewer people filed refugee claims in the last three months as well: 742 in May, down from 859 April and 887 in March.

"Trying to slip across the border is not a 'free ticket' to Canada. Any irregular border crossers are apprehended by police or local authorities," said Goodale.

The minister added all refugee claimants are screened using "biometric and biographic data" and their records are checked for potential criminal activity among other potential red flags.

"All asylum claimants have their claim fairly adjudicated according to Canadian law. For those without a genuine claim, removal procedures are begun," he said.

Last year, the Canada Border Services Agency said 410 refugee claimants were intercepted near the Emerson port of entry while crossing into Canada between April 1, 2016 and Dec. 8, 2016.