Classes may not be back in session for a few weeks but the soccer field at Winnipeg's Canadian Mennonite University was packed Sunday for the Manitoba African Cup of Nations soccer tournament.

Opportunity for different groups in Winnipeg's African community to come together

It's not every day that a local sports tournament plays eight different national anthems as participating athletes take the field.

All this summer, soccer players living in Winnipeg but hailing from all over the continent of Africa have taken part in the Manitoba African Cup of Nations tournament at Canadian Mennonite University, with the latest game on Sunday.

The annual event started last year with just four teams representing different nations — Ghana, Senegal, Eritrea and the Democratic Republic of Congo — but has doubled in size since 2019, according to the founder.

"Back then we were just playing friendly games with other different kinds of communities," Gode Katembo said.

"I thought, this would be a great opportunity to see how we can bring African communities together."

The tournament director, Seidu Mohammed says the uptake among African Winnipeggers has been incredible.

"Africans, we love soccer, we play soccer, that's what entertains us," he said.

For those involved, it's more than just a soccer tournament, though.

"A lot of these African communities were not really together for political views, religion or different reasons why they are not connected … soccer or football is what can bring all people together," Katembo says.

"Soccer is universal, you know, it's a sport that we all can understand."

Mohammed says it's also a way for people who have experienced hardships in their home countries and here in Winnipeg to unite.

"We just want to rise again because of the challenges that African communities are facing like racism and discrimination," he said.

"It's all part of bringing our African communities together."

In 2021, Mohammed and Katembo hope to expand the roster of teams to include even more of the local African community, including ones representing Somalia, Algeria, Egypt and Morocco. 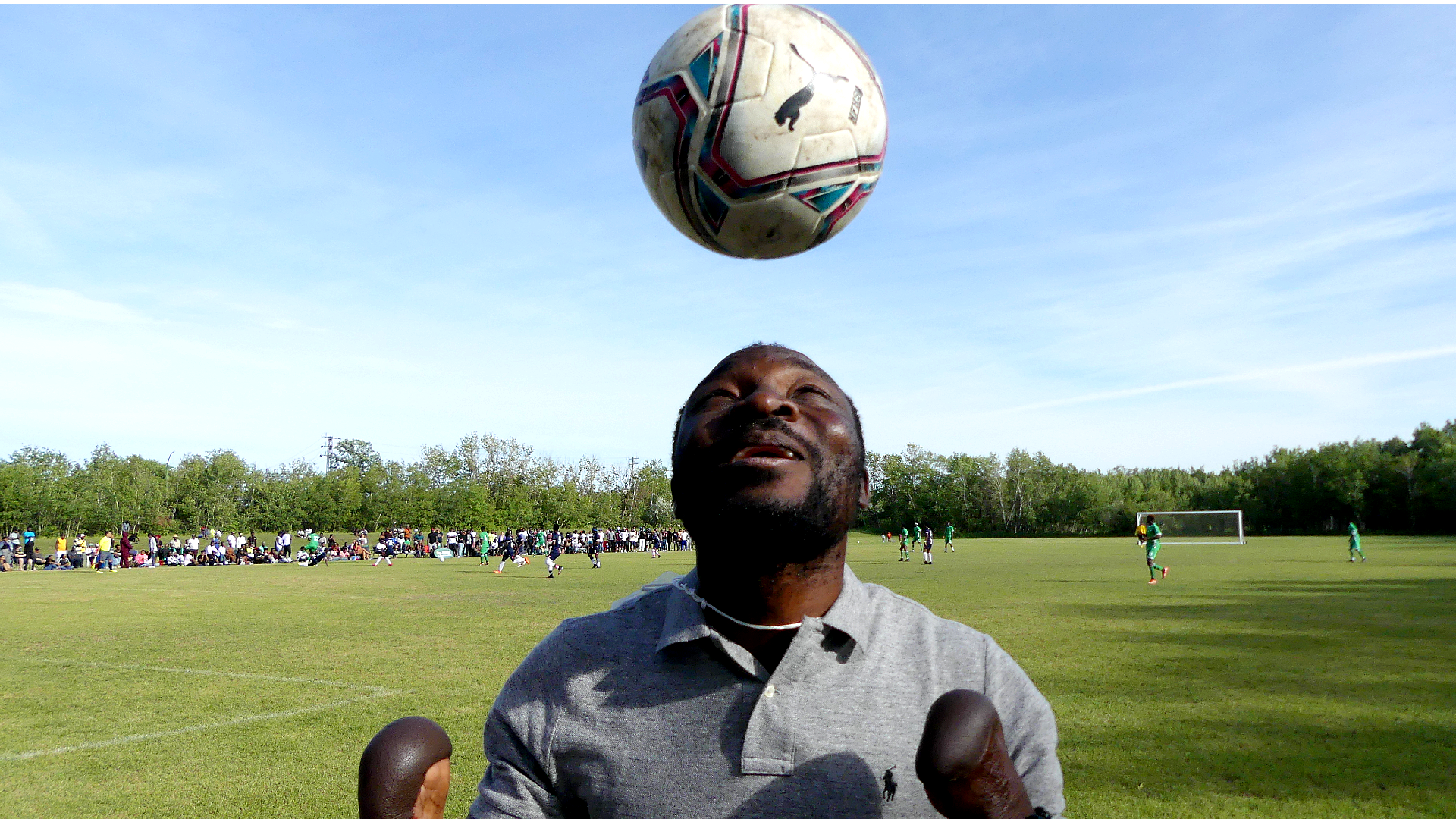 7 months ago
1:01
Soccer players living in Winnipeg but hailing from all over the continent of Africa have taken part in the Manitoba African Cup of Nations tournament at Canadian Mennonite University. 1:01

With files from Travis Golby