Part of a once-abandoned Winnipeg warehouse has been transformed into AssentWorks, a 'maker space' for entrepreneurs to make stuff with high-tech tools. 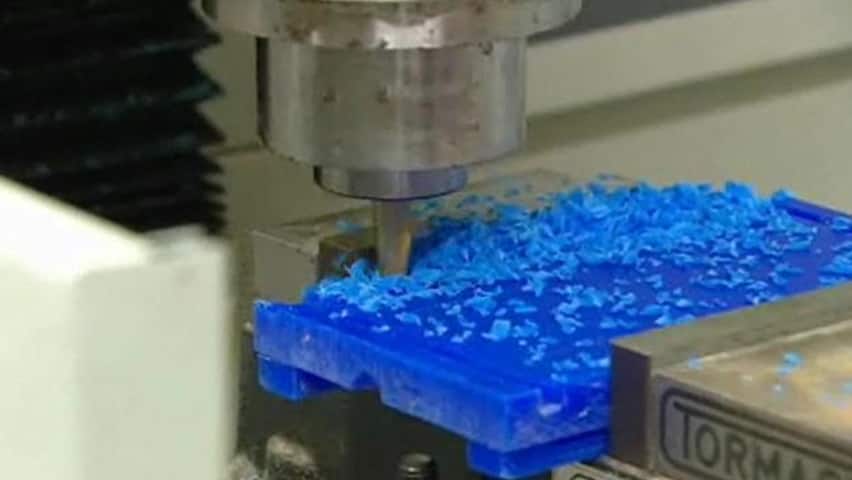 The third floor of a once-abandoned Exchange District warehouse on Winnipeg's Adelaide Street was transformed for the launch Thursday of AssentWorks, a so-called "maker space" for entrepreneurs to make stuff with high-tech tools.

"You have an idea, you have a prototype you have to make to get investors to give you money, and [you say], 'Gosh, it's going to cost $79,000 to get that done,' and basically you're dead in the water," Stevenson said.

"This is the place that will solve that. This is Winnipeg's garage."

The warehouse space offers pricey, high-end manufacturing equipment such as 3D printers, laser cutters and industrial routers, all of which are often out of reach for the typical garage hobbyist or inventor.

But for memberships ranging between $50 and $100 a month, anyone can access this equipment, 24/7, to shape metals, circuit boards and plastics into just about any new product imaginable, from car interiors to smartphones.

"It comes down to the cost. If anybody were to try this do this out of their garage, where do you obtain the equipment?" Yacoob said.

"You'd end up having to spend hundreds of thousands of dollars to get a shop that would allow you to do something like this."

Likewise, Jim Legary of Aquaventronics is a young entrepreneur hoping to refine the design of his "beat the bucket" portable game for midways and public events.

"Basically, it's an alternative for a dunk tank," he said.

Legary said he has tried taking his initial designs to mass manufacturers, but he found that process to be too expensive.

"What you find is a lot of companies don't want to talk to you when you're making one … there's no money in making one. And if there is, they want $200 for a part that should cost $20," he said.

"Whereas a space like this, we can bring in the raw material, do some laser cutting, proof the parts, avoid the costly mistakes in full scale," he added.

Stevenson, who is also a 3D printing expert, said AssentWorks is a like an incubator for cool and new product companies.

Members benefit from a "community of inventors" who can share skills, he added.

"We think having this facility will enable a lot more small businesses to start," Stevenson said.

"Eventually, they'll become big businesses, and that can only be good for the city."

So far, the organization operates entirely without government funding.