A Winnipeg homeless shelter that does not turn people away if they won't — or can't — stop drinking has acquired a new building so it can expand its services.

A Winnipeg homeless shelter that does not turn people away if they won't — or can't — stop drinking has acquired a new building so it can expand its services.

Main Street Project will move from its 2,100-square-foot building on Martha Street into the former home of Mitchell Fabrics, which is 17 times larger than the current shelter, executive director Rick Lees confirmed on Tuesday.

The new building at Main Street and Logan Avenue will be purchased for $2.6 million, he says.

"I think it's pretty exciting," he said. "We're moving from a shelter that's crammed into 2,100 square feet into a space of 36,000 square feet, which enables us to dramatically expand our programming and support for Winnipeg's homeless and help transition for programming."

Lees envisions an innovative shelter that pulls people off the streets by connecting them with agencies that can help them.

It will become the first shelter in Winnipeg that allows guests stay for an extended period of time because the space won't be required for other purposes, such as a cafeteria, Lees says.

"There will be no need to suddenly line up at 6 [p.m.] to fight to get a space, only to be thrown out at seven in the morning," he said. "You'll be able to stay for multiple nights and there'll be counsellors on site."

In addition, guests will have access to a 24/7 cafeteria, counselling facilities, a laundromat and storage for clothing and identification cards.

The new shelter will continue to offer a bed to people who come in intoxicated, unlike the city's sober shelters, he says.

Once it is open in late 2019, the new shelter will have room for at least 120 beds, with separate spaces for men, women and members of the LGBTQ community. The current facility squeezes in 85 people, who are arranged side by side on floor mats.

"We know that there's at least 200 people a night who would rather stay and live rough, as we call it, on the streets than come to our shelter because of the close quarters and, really, the disrespectful space in how we accommodate people, where they don't even have room to store their bags or take a proper shower," he said.

The facility began lobbying governments for an expansion this spring, which was spurred by long-term planning by the centre. Lees estimates it will cost a further $5-$6 million to convert the former fabric store into a modern centre. He expects renovations to take much of 2019.

"The big money is in renovating it to become the facility it needs to be," Lees said.

Some redesigning will begin this month so the new building can serve as an overnight shelter this winter, he says.

Lees would not break down the cost, but he says the Mitchell family offered a "large portion" of funding and they remain in discussions with the three levels of government.

"Often, these things can take years, multiple years, to just get to a stage of being ready to talk about," he said. "We've gone from zero to 60 in six months, so I'm very impressed with our community." 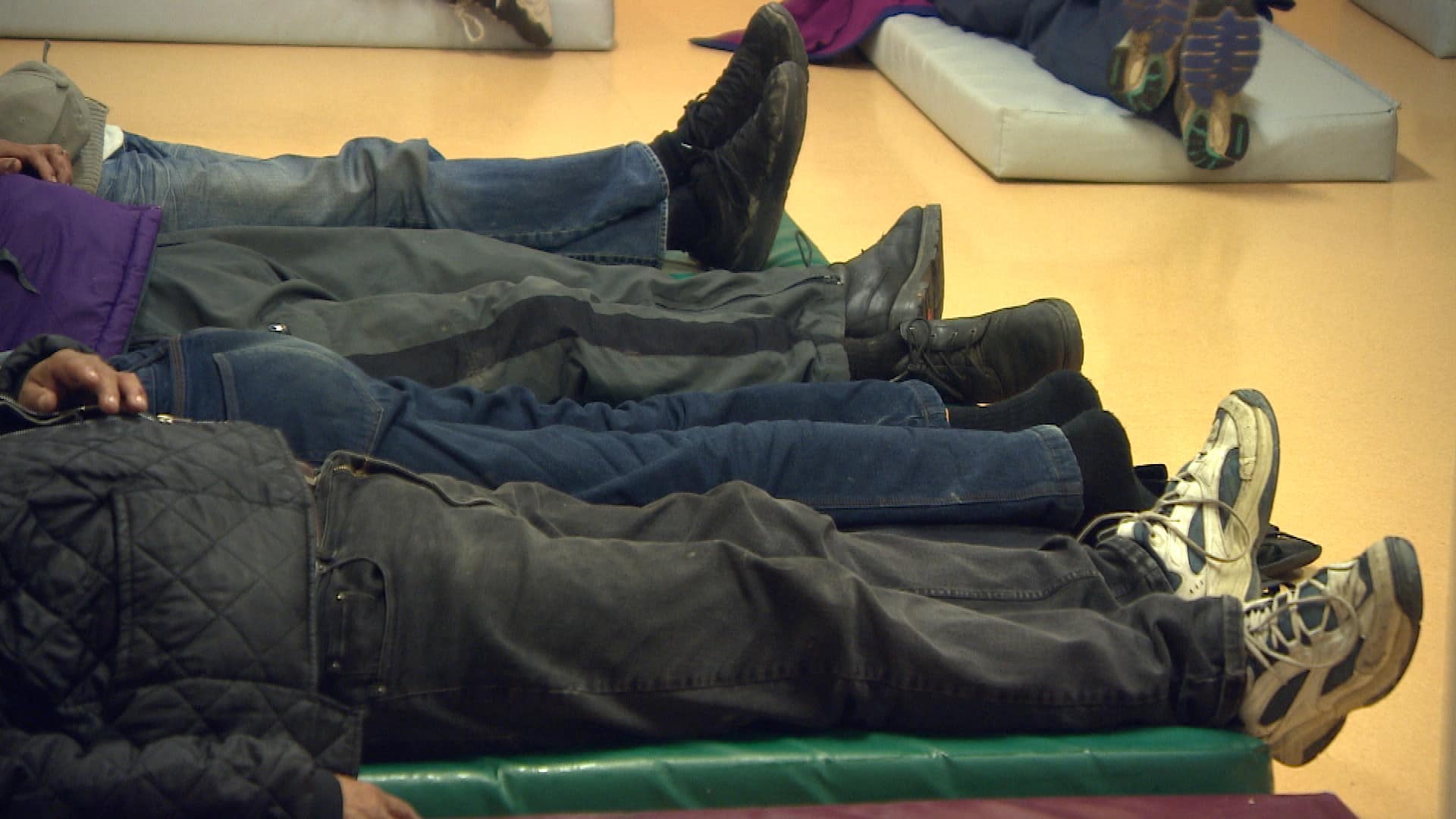 2 years agoVideo
2:09
People living on the street in Winnipeg will get a big boost next year, in the form of a big expansion of a local shelter. Main Street Project has bought the old Mitchell's Fabric building for 2.6-million dollars. 2:09

The Main Street Project has talked about running a safe injection and managed alcohol program at its current shelter once it is freed up. Lees says those controversial plans are unrelated to the new building.