Within the next week, Main Street Project expects to begin offering up to 120 people a place to sleep, shower and eat at its new shelter facility. The old Mitchell Fabrics Building has been converted to 36,000 square feet of shelter space, 17 times as large as Main Street Project’s old space on Martha Street.

Winnipeg's Main Street Project expects to begin offering up to 120 people a place to sleep, shower and eat at a new shelter facility.

The old Mitchell Fabrics building has been converted to 36,000 square feet of shelter space, 17 times as large as the homeless shelter's old space on Martha Street.

"We knew for a very long time that we wanted to change those services and provide more dignified services for people who came and stayed with us for many different reasons," said Adrienne Dudek, director of housing.

The updated timeline for opening the facility comes after the province announced on Thursday that it was giving $1 million to Main Street Project to operate its shelter and daytime drop-in services.

The COVID-19 pandemic has been a "blessing in disguise," allowing the organization to access funding it had been advocating for for years, said Dudek. Main Street Project was able to access $2 million from the Canadian Mortgage and Housing Corporation to expedite the renovations on the first phase of the project.

Beds have been spaced out to meet spacing requirements due to the coronavirus. Shelter clients now have beds instead of floor mats to sleep on, along with linen sheets.

"Our environment for a long time wasn't as trauma-informed as we would like it to be," she said.

Clients can access bathrooms and showers 24 hours a day. They also have access to a kitchen area with daily meals.

When COVID-19 hit, Main Street Project was forced to scatter its services to three different locations throughout downtown Winnipeg, including using space provided by the Salvation Army on Martha Street and part of the Mitchell Fabrics building before construction began.

That created logistical problems, Dudek said, and eventually shelter services were consolidated into a 76,000-square-foot space at 190 Disraeli Fwy.

The extra space was needed, especially during the pandemic, because many nights the old shelter was forced to turn people away. The old facility had capacity for 70 people, while the Disraeli location was seeing up to 200 people a night.

"By opening up more space, you're able to reduce that turn-away list, thus increasing your capacity to resource people, meet with people, provide them what they need in the moment," said Dudek.

The increased capacity doesn't change the fact that the goal is to transition shelter users into permanent housing, she said.

"The most important piece to transitioning people out of shelters is the creation of more housing and all types of models of housing."

The new facility will also help meet the increasing demand for showers. In the last six months, Dudek says Main Street Project has gone from providing 200 showers a month to 2,000.

"The largest impact of opening the Mitchell's building will be the accessibility of daily needs," she said. "I think access to both showers and bathrooms is a right not only for people that are unsheltered, but it's a human right."

Plans for what to do with Main Street Project's old facilities have yet to be determined. Previous plans for the space included possibly offering a managed alcohol program for people living with addictions.

Main Street Project will now start fundraising for the next phase of its redevelopment project. They are also looking for donations of clothing, particularly socks, as part of their Socktober campaign.

WATCH | A look inside the new Main Street Project shelter: 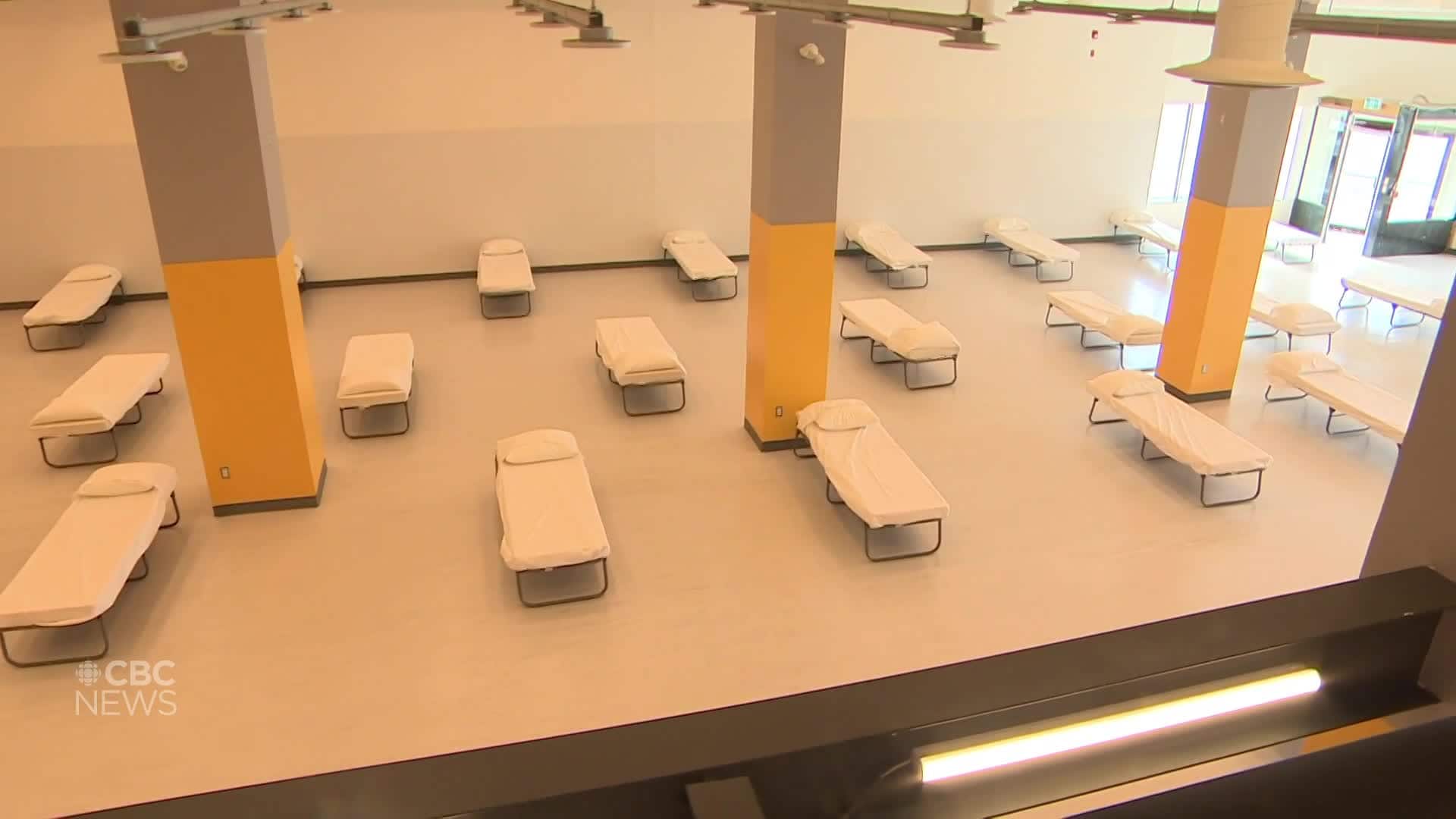 4 months agoVideo
2:44
The renovated Main Street Project facility in the old Mitchell Fabrics building is set to open within the next week. 2:44