Ma-buhay was co-written by local musical theatre professionals to shine the spotlight on Filipino-Canadians, so few of whom have been able to make careers in the industry.

'I wanted to create something to uplift and empower the community,' says co-writer Joseph Sevillo

Winnipeg actress Stephanie Sy can only recall one past role in her 20-year-long career where she played a character of her own ethnicity — Filipina.

On Saturday, though, she took to the stage as Selena Molina — a Filipina woman looking to become a star in a televised singing competition in Winnipeg — in a private reading of the all Filipino musical called Ma-buhay.

"To only really have played who I am culturally one time is something to be said and another huge, massive reason why this musical is being done," she said.

"There's over 80,000 Filipinos that live here, and I kind of just wanted to provide an opportunity for aspiring Filipino artists that may have a curiosity to sing, dance and act, and introduce them to the world of musical theatre," Sevillo said.

"I wanted to create something to uplift and empower the community."

WATCH | Get a look behind the scenes of Ma-buhay: 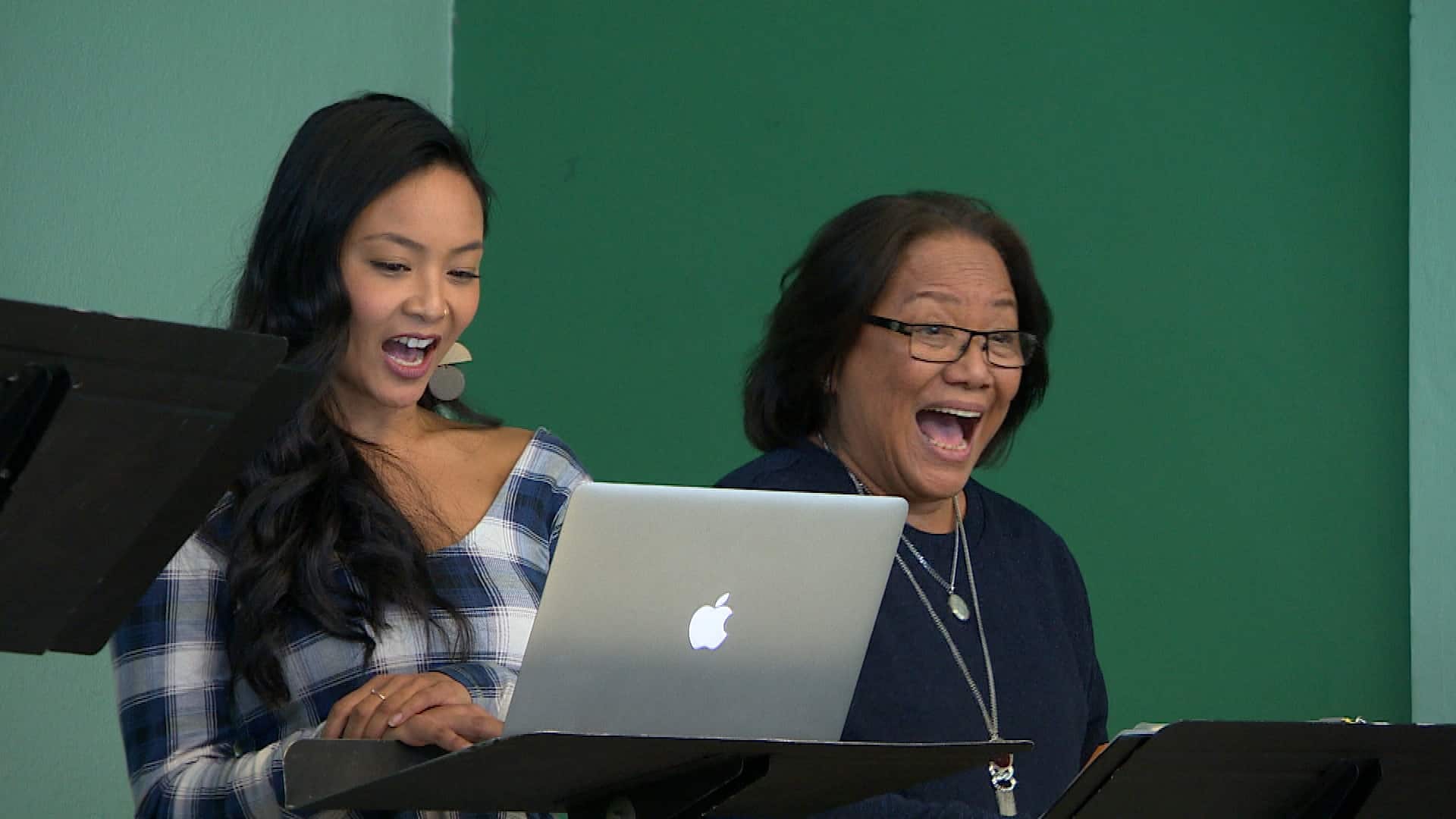 After two weeks and hundreds of hours working to refine the script and music, the cast premiered the musical this past weekend to a small group of theatre professionals and family members.

Ma-buhay is laden with Winnipeg references, as well as Filipino cultural jokes about family, immigrating to Canada, religion and food that had audience members laughing and applauding.

The show must go on

Sy says she's proud to be part of the musical, which she says is trailblazing for Filipino-Winnipeggers.

Musical theatre has been a difficult road for her to navigate.

"It's frustrating to not have those opportunities just because of the colour of my skin."

Sy didn't take no for an answer, though. She kept auditioning and eventually took centre stage in roles like Belle in Rainbow Stage's 2018 production of Beauty and the Beast and Ariel in The Little Mermaid — roles typically played by white women.

She's one of the more seasoned performers in the cast. Sevillo also reached out to talented performers who aren't professional actors for roles in the show, including a dentist and an accountant.

"Our mandate is also to reach out to the Filipino community in Winnipeg, to empower them, to maybe train their singing and their dancing and their acting, just so we can create more of a stronger community in the theatre arts in our community here," he said.

That empowerment extends beyond the cast, though.

The musical relationship between Caldo and Sevillo started when Caldo was a high school student at Daniel McIntyre Collegiate and took part in a career mentorship program. Sevillo was teamed up with the teen, and spent 30 hours with him to provide an introduction to the world of musical theatre.

"He was just the perfect person that came into my life and he's been on this journey with me as an equal."

Caldo said he wasn't sure he wanted to pursue a career in the field, but "taking the leap of faith and really having the best people with me on this journey has really opened my eyes to the possibility of what's in store for me."

'The end goal is Broadway'

In a couple of months, Caldo and Sevillo will take their production to a wider audience.

The cast will do their first public performance of Ma-buhay at the Prairie Theatre Exchange Festival of New Works on May 30.

From there, the sky's the limit, Sevillo says.

"The end goal is Broadway. I definitely want to put Winnipeg on the map.

"I want to put Winnipeg Filipinos on the map and I want a show for Filipinos internationally."

This story is part of a joint project called My Garden City between Winnipeg's Filipino community and CBC Manitoba. A pop-up CBC bureau will be set up at Garden City Shopping Centre (next to the food court) from March 6-21, featuring reporters on hand to hear stories plus events to bring together the local community.