Les Yasinsky hunts drunk drivers. He stakes out local bars and waits to see who stumbles to their cars. Then he calls 911 and reports them to police. It's something he has been doing on and off since his son was killed by a drunk driver five years ago.

5 years after he lost his son, Les Yasinsky stakes out bars and prowls Winnipeg's streets 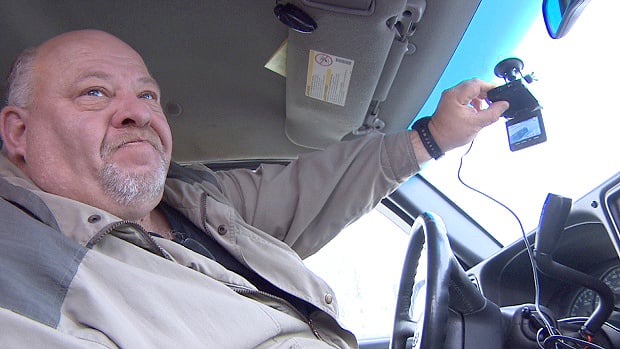 Dad hunts drunk drivers after son killed by one

5 years ago
2:35
5 years after he lost his son, Les Yasinsky stakes out bars and prowls Winnipeg's streets on weekends 2:35

Les Yasinsky is on the hunt for drunk drivers. He stakes out local bars and waits to see who stumbles to their cars.

Then he calls 911 and reports them to police.

It's something he has been doing on and off since his son was killed by a drunk driver five years ago.

Yasinsky goes out nearly every Friday and Saturday night.

"I look for the ones that are falling over drunk. And those that get into their cars and drive away. At that point I then follow and see if they are going over the lines, hitting the curbs, going through red lights and stop signs." He records it all with a dash-mounted camera.

"I then call 911 and report a possible drunk driver," he said.

Yasinsky's oldest son, Brett, was 22 when he was killed in 2010. He was on his way to pick up his girlfriend when his vehicle was T-boned by a truck speeding through a red light.

The driver that hit him, Brad Skawretko, pleaded guilty and was sentenced to two and a half years behind bars.

Yasinsky says he's helped catch five impaired drivers, though police were unable to confirm this. He says it's his way of taking action.

"It's going to be guys like myself volunteering their time, going out sitting and watching," he said.

Yasinsky wants tougher penalties for those caught drinking and driving. He'd like to see them lose their vehicles permanently.

"If somebody shoots somebody, they take the gun away. They don't get it back. Somebody kills somebody with a vehicle, same scenario. They should take it away," he said.

Yasinsky says the current system of temporarily impounding a vehicle and levying fines isn't working. He concedes it's not realistic to ban offenders from driving for life, but thinks the threat of losing their vehicle upon the first offence would be a real deterrent.

"It's a weapon. When you've been drinking and driving you could kill somebody, including yourself," he said.

Yasinsky would also like to see more police enforcement but knows resources are limited.

Staff Sgt. Rob Riffel with the Winnipeg Police Central Traffic Unit says members of the public are an asset when it comes to reporting suspected drunk driving.

But, he says, it would be dangerous if a citizen attempted to interact with or stop the driver. He says as long as people like Yasinsky don't cross that line, they are an important part of enforcing the law.

"If he keeps doing what he's doing and not interacting with the driver, then he is another set of eyes for us out on the street."

But Riffel has some concerns.

"At some point he might just say enough is enough — when we can't get a car there in a timely fashion, he might intercede. That would be the danger I'd be concerned about," said Riffel.

Yasinsky insists he has never confronted any of the drivers he has followed, nor put himself in any danger. He says he follows at a safe distance and relies on his dash cam to do all the work.

Riffel said video footage can be useful when it comes to prosecution.

"It's like a witness to any crime. Just his observations and verbal description of that is one thing, but to have something on video when we stop an impaired driver … would be important for a court case," said Riffel.

Yasinsky is due to testify in a drunk driving case in February.

He says tracking down drunk drivers has become his way of dealing with the grief of losing his son.

"I've never really vented from losing Brett. And I was always scared of what's going to happen when I do or who I do it to. And this is my way of channelling that frustration," he said.