Kroppy, Winnipeg Jets superfan, dead at 98 and tributes pour in

Len Kropioski, better known as Kroppy to Winnipeg Jets fans, has died at 98. The Second World War veteran's salute at the end of O Canada was a fixture on the scoreboard video screen above centre ice. 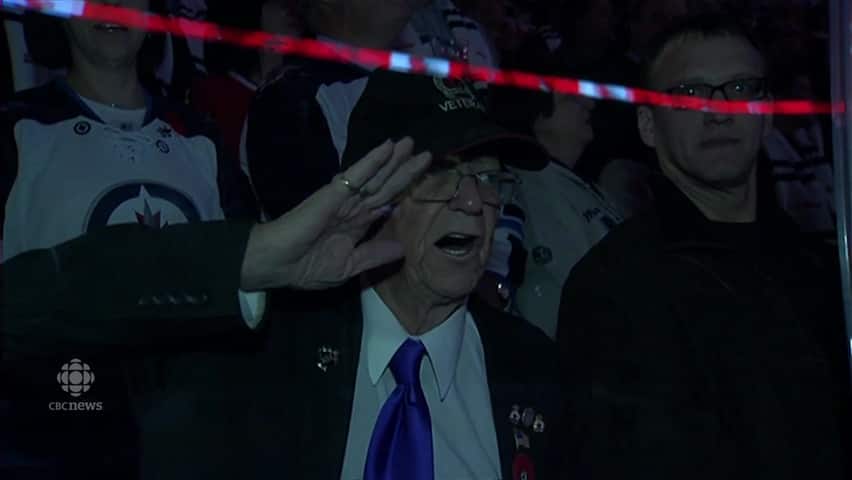 Kroppy, Winnipeg Jets superfan, dead at 98 and tributes pour in

4 years agoVideo
2:02
Len Kropioski, better known as Kroppy to Winnipeg Jets fans, has died at 98. The Second World War veteran's salute at the end of O Canada was a fixture on the scoreboard video screen above centre ice. 2:02

Len Kropioski, better known as Kroppy to Winnipeg Jets fans, has died at 98.

A longtime fixture at Jets home games — and at Manitoba Moose games before the NHL's return to Winnipeg — Kropioski was born in Winnipeg and lived most recently in Kenora, Ont.

The Second World War veteran made the 2½-hour drive from Kenora to the MTS Centre for every home game, except when his health wouldn't allow it.

He was a fixture on the scoreboard video screen above centre ice at the end of O Canada, with a salute followed by a wide smile and thumbs up.

His rink-side seats required Kropioski to pass through a gauntlet of well-wishers greeting him as he entered. He was often one of the last people leaving the rink for the same reason.

And he loved every minute of it.

The Jets even issued a collector's pin of Kroppy's salute.

When he missed a few games last season following surgery, fans noticed and started asking on Twitter where he was, if he was OK.

When he returned to the MTS Centre for a March 30 matchup against the Ottawa Senators, Jets fans brought Kropioski to tears with a standing ovation.

Going to miss you at our home games, but that seat in the corner will always be yours. Rest In Peace, Kroppy.

Those same fans, and players, are now turning to Twitter again, offering a final salute to the man known as Kroppy.

Jets captain Blake Wheeler, who's competing in the World Cup of Hockey right now, tipped his hat to Kroppy on Wednesday morning.

True North Sports and Entertainment, which owns the Jets and the MTS Centre, released a statement Wednesday morning, saying they are "greatly saddened by Kropioski's passing.

"Kroppy was the consummate hockey fan and his support of the team and the organization has always been genuine and pure, dating back to our time in the American Hockey League," it said.

"His devotion to make the two-hour trip from Kenora to always ensure he was in his front row seat in time for the anthems demonstrated how passionate Winnipeg Jets fans can be." 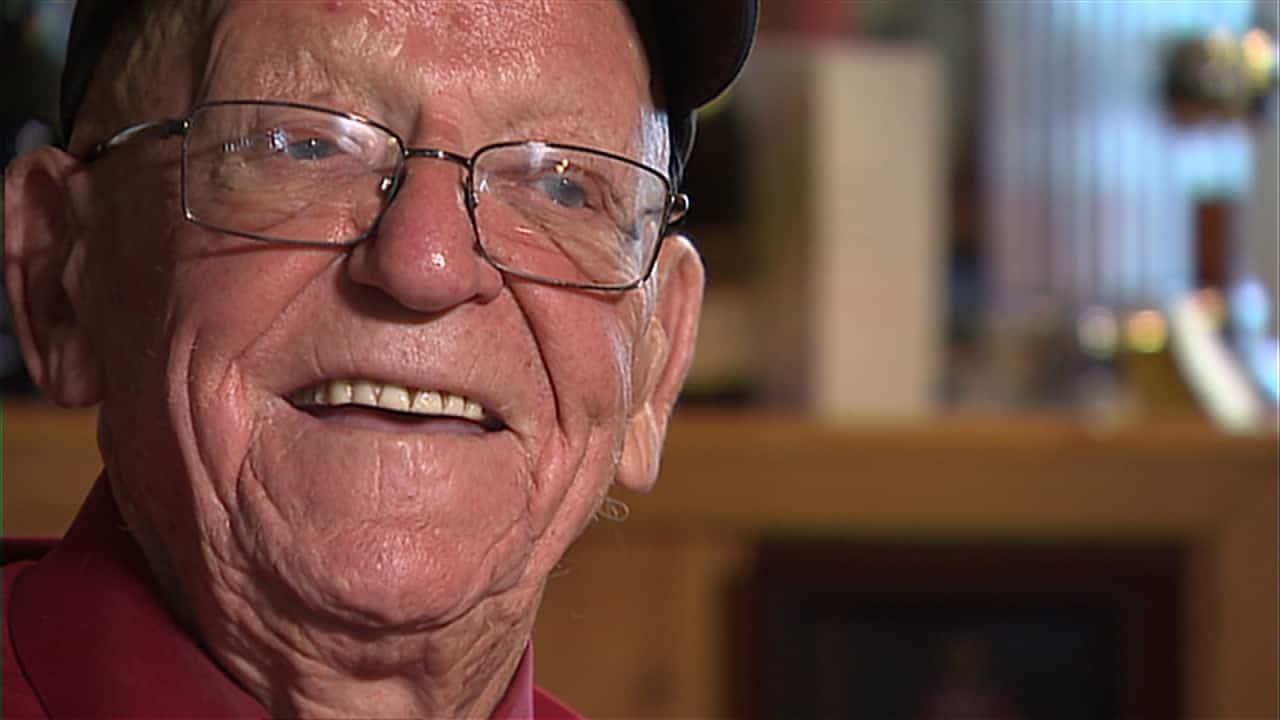 4 years agoVideo
4:06
A profile of veteran Len Kropioski, who has become a fan-favourite fixture at Winnipeg Jets hockey games after gaining attention for his salute during the national anthem. 4:06

True North officials said they are working to determine a proper way to honour Kropioski when the Jets open the 2016-17 regular season on Oct. 13 against the Carolina Hurricanes.

"Kroppy had a tremendous impact on the organization, particularly those who interacted with him and came to know his family well. He will be missed," the statement said.

"We would imagine his family is touched by the incredible demonstration of love exhibited by the Winnipeg Jets community in the past 24 hours. They had asked us for privacy to this point, and we now ask the same for his family going forward. Thank you."

Among the people tweeting condolences for Kropioski are Winnipeg Mayor Brian Bowman, Jets anthem singer Stacey Nattrass, and Scott Campbell, a Jet during the team's first two seasons in the NHL, 1979-81, who is returning to the city in October to take in the Heritage Classic.

Wpg salutes Len Kropioski. Deepest condolences to family/friends. Thank you for inspiring all of us with your pride &amp; your smile <a href="https://twitter.com/hashtag/RIPKroppy?src=hash">#RIPKroppy</a>

my heart hurts way more than it should for Kroppy, the anthem won't be even close to the same without you ❤️✈️ <a href="https://twitter.com/hashtag/RIPKroppy?src=hash">#RIPKroppy</a>

RIP Kroppy. You meant a lot to many and were a great ambassador. <a href="https://t.co/BrfMA0JLEl">pic.twitter.com/BrfMA0JLEl</a>

i soo so so so so wish he could made it to the first game but rip kroppy you're someone special to winnipeg😫💛 <a href="https://t.co/9w2IpBOya9">pic.twitter.com/9w2IpBOya9</a>

Sad to see kroppy go, he was a very close family friend and a joy to be around