An iconic bell plagued with intrigue has gone missing again, this time from a locked archive in the St. Boniface Heritage Centre in Winnipeg.

The Bell of Batoche, or Frog Lake, is gone, and its custodians say it hasn't been seen in over a year

An iconic bell plagued with intrigue has gone missing again, this time from a locked archive in the St. Boniface Heritage Centre in Winnipeg.

It's either the Bell of Batoche or the Bell of Frog Lake, depending on whose historical account you believe, and is tied up with the birth of the Métis nation and the last battle of Louis Riel in the 19th century.

For the past two years, the bell was being stored for safe-keeping at the St. Boniface Heritage Centre as its owner, the Roman Catholic diocese of Prince Albert, Sask., decided what to do with it amid controversy over which community has the right to keep it.

Its disappearance adds a new layer of complexity to a 130-year-old mystery. 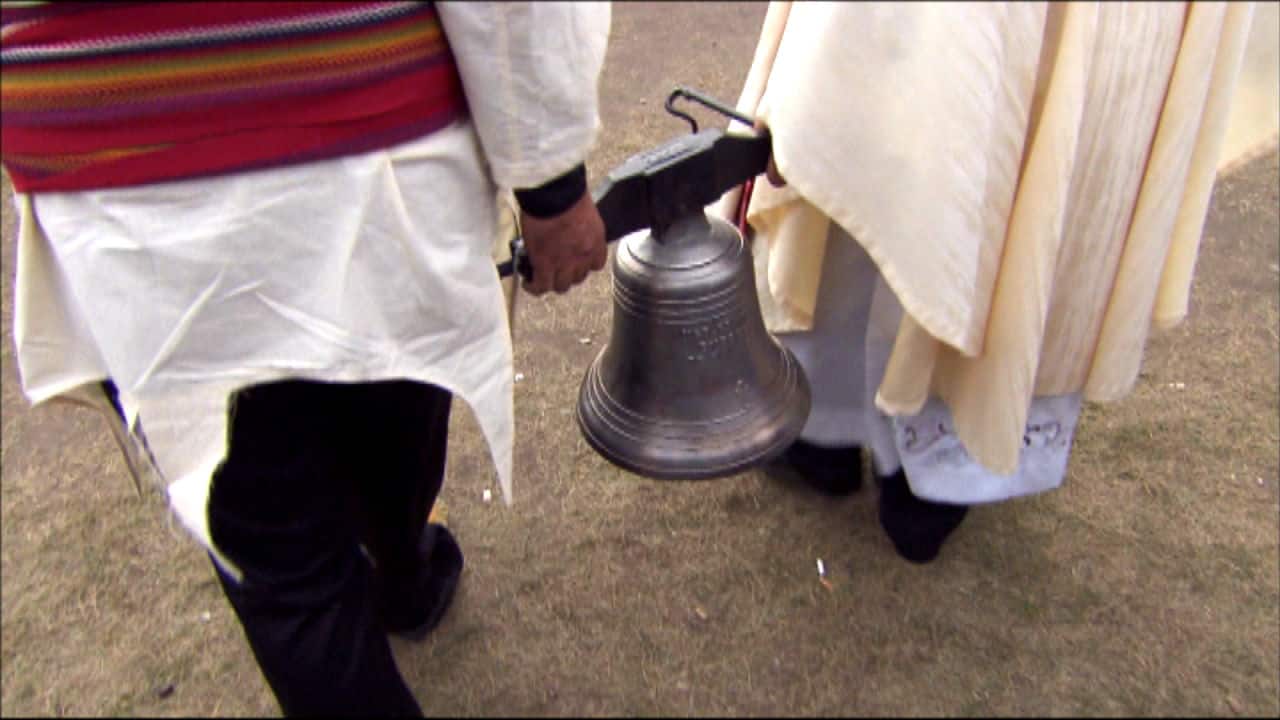 Where is The Bell of Batoche?

4 years ago
2:10
An iconic bell plagued with intrigue has gone missing again, this time from a locked archive in the St. Boniface Heritage Centre in Winnipeg. 2:10

'We don't have the answer here'

Gilles Lesage, the executive director of the St. Boniface Heritage Centre, said his organization agreed to store the bell at the request of l'Union nationale métisse Saint-Joseph of Manitoba.

The UNM was given custody of the bell by the diocese as the diocese decided where it should reside permanently, Lesage said, and took it out on tour to Métis communities across western Canada.

Lesage said the last time he saw the bell was more than a year ago, and he doesn't know who took it out, or where it was taken to.

"It was taken out and it just never came back," he said. "We didn't know where it was going, but it was at the time when it seemed like there was an understanding that had been arrived at with the diocese of Prince Albert."

"We just never questioned where it had gone, we just thought, 'Well, it must have ended up where it was meant to end up.'"

Last week, Lesage got a letter from a lawyer in Edmonton asking about the location of the bell. That was the first time he realized something might be amiss, he said.

"We had no formal understanding with regards to what would happen to the bell, or that would give us any particular responsibility towards the bell," Lesage said. "We were simply offering a service to store it when needed."

"People want to know where it is, but we don't have the answer here," he said.

It's not the first time the bell has gone missing.

According to legend, the bell was stolen from Batoche, after Louis Riel was defeated there in 1885. The story goes that soldiers took it back to Ontario as a war trophy.

The bell was kept at the legion in Millbrook, Ont., until 1991, when it disappeared mysteriously.

Twenty-two years later, BillyJo DeLaRonde, a Métis man from Manitoba, admitted he was the one who took it, calling it an act of repatriation for the Métis symbol.

DeLaRonde handed the bell over to the diocese of Prince Albert in a ceremony that summer.

The story might have ended there, but a CBC investigation in 2014 argued the bell was really from Frog Lake First Nation in Alberta. The real Bell of Batoche was moved to another church in Saskatchewan and melted in a fire in 1990, the documentary said.

Historian Juliette Champagne helped draw the connection between the bell and Frog Lake, and she said she's frustrated it's missing again.

In a phone conversation with CBC News, DeLaRonde said he wasn't involved in taking the bell this time but he still believes it belongs with the Metis people.

Derek Quinney of Frog Lake First Nation said he thinks the bell should be in Alberta, and wants to see it get there soon.

He said he's feeling disappointed about the latest twist.

"We've worked very diligently to get this bell and the history of this bell back to Frog Lake and another organization comes in and steps in and says it's not true," he said.

"By all history and documents and research that's been done, points the finger to Frog Lake, that it belongs to Frog Lake."