The Manitoba government has spent more than $2 million maintaining a housing village for Lake St. Martin flood evacuees, but just 10 people are living in it, according to documents obtained through freedom of information requests.

The Manitoba government has spent more than $2 million maintaining a housing village for Lake St. Martin flood evacuees, but just 10 people are living there, according to documents obtained through freedom of information requests.

The province built the $14.7-million village after more than 1,200 people from the First Nation were forced from their homes by rising floodwaters in 2011. The village is a set of modular homes placed on an old military radar base near Gypsumville, Man.

"You can just see the layers and layers of waste here," said Edee O'Meara, a Lake St. Martin band member.

The documents CBC obtained show the province spent $2.1 million maintaining the village from 2011 to March 2016.

'Nothing here to watch'

The government spent $1.5 million on security costs alone. The rest was spent on repairs and maintenance for the village.

"There's nothing here to watch," said Evangeline Traverse, an elder living at the site. It was quiet the day CBC visited the site.

Cement driveways mark where homes were supposed to go in the village but instead lead to empty lots. 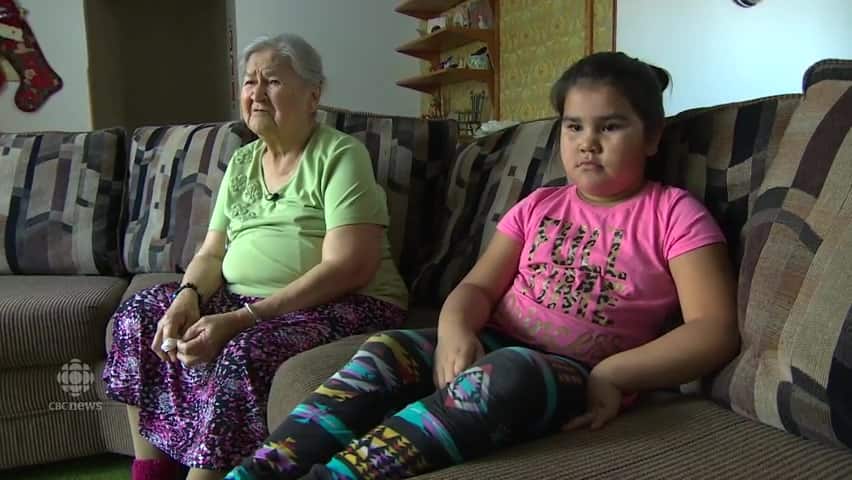 4 years agoVideo
2:08
The Manitoba government has spent more than $2 million maintaining a housing village for Lake St. Martin flood evacuees, but just 10 people are living there, according to documents obtained through freedom of information requests. 2:08

Manitoba Housing built and placed 54 ready-to-move homes as well as three four-plex buildings in the village, but a housing spokesperson said "many" homes were later sold to Dauphin River First Nation, another community hit by the 2011 flood.

The village, which is near a snake den, was controversial from the beginning and a plan to relocate evacuees to it fell short after the province refused to hire a band-owned company to supply the homes.

A Manitoba Housing guard keeps watch on the 18 homes left. A spokesperson for Indigenous and Northern Affairs Canada confirms 10 people are living at the site.

The evacuees live in seven homes, security occupies another, and the rest sit empty. Inside the guard's office, there's a set of weights and a PlayStation.

"They don't do nothing here," Traverse said speaking about security on site.

There are 1,203 Lake St. Martin flood evacuees living in private or rental homes in Winnipeg, but 29 evacuees are still in hotels.

Ernie Spence has lived in four different hotels. While he could move into a rental home, he's staying put until he gets a new home which he says his band promised him in 2011, when floodwaters destroyed his house on the First Nation.

'They just went and built it'

"It's kind of a protest why I'm staying," he said.

Spence said he thought about moving to the interim village but is concerned Manitoba Housing could start charging rent to live there. He said the Manitoba government didn't properly consult his community before building the village.

"We hardly had any input. They just went and built it."

Margaret Traverse, 78, just moved into a rental home in Winnipeg last month. She lived in hotels for five years after the flood.

Traverse said her home is better than the hotel she was living in, but mould and a leaky roof are already concerning her.

She said she feels left behind and wants to go home, but the problem is there's no home to go to — the old Lake St. Martin is destroyed.

"I tried a bunch of times to move to Ashern or Fairford but I got no help at all, no help, nobody would help me," Traverse said through tears.

"Very hard thinking about my home and all that I used to do. It's hard, very hard."

Traverse said she wants answers from the province, her band and the federal government.

"I don't think they're trying hard enough to help us."

Rachel Morgan, a spokesperson for Manitoba's NDP caucus, said security was needed to protect buildings from vandalism or deterioration.

The current PC government refused an on-camera interview with CBC, but in an email, a spokesperson said money spent on security and maintenance is an "investment."

The province eventually plans to close the village when the new Lake St. Martin is built.

The federal government's latest pledge is to have evacuees home on a new reserve by fall 2017.

The government and Lake St. Martin band have both promised to have evacuees home before, but have been unsuccessful so far.