The vast majority of teachers in Canada want to make LGBTQ-inclusive education more accessible in the classroom, but a lack of leadership and resources is hampering the process, a new study finds.

LGBTQ students 'treated as a topic that's not quite fit for polite conversation,' researcher says 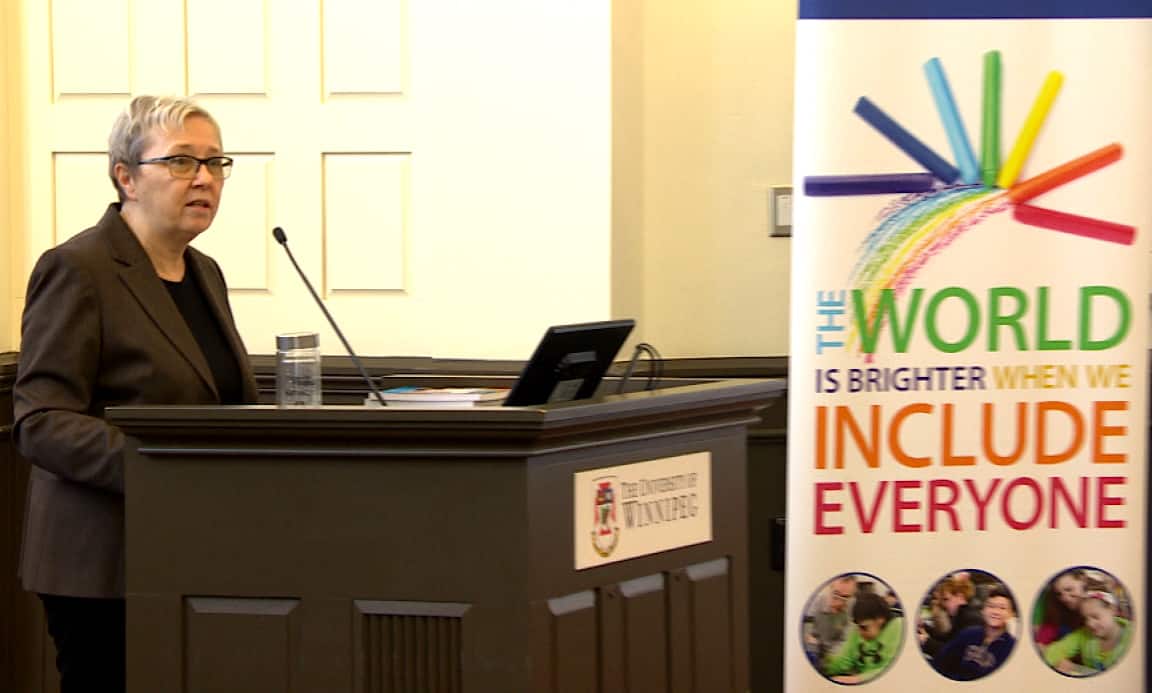 RAW: Dr. Catherine Taylor on how LGBTQ issues are being handled in schools across Canada

5 years agoVideo
1:03
Dr. Catherine Taylor says while progress has been made in recent years in terms of more gay-straight alliance student groups forming in schools, "there's still a lot of work to do." 1:03

The vast majority of teachers in Canada want to make LGBTQ-inclusive education more accessible in the classroom, but a lack of leadership and resources is hampering the process, a new study finds.

The Every Teacher Project, a nationwide report released Friday, set out to take a pulse on how LGBTQ issues are being handled — and taught — in schools across Canada.

Catherine Taylor, a professor of education at the University of Winnipeg and the leader of the study, said researcher were hoping to speak with 750 teachers to gain a better understanding of how students and educators are approaching lesbian, gay, bisexual, transgender and related topics in school curricula. They ended up interviewing far more people in the end.

I hope that they'll feel adults are in their corner.- Catherine Taylor

"The response so far has been terrific," Taylor said. "We ended up with 3,400 teachers from across Canada."

The report found while most teachers approve of integrating more LGBTQ issues into coursework and instruction, there have been some challenges making that happen in practice. In addition, two-thirds said they knew of LGBTQ teachers who had been harassed because of their sexual orientation.

The research team found that the main obstacle in getting more inclusive lesson plans into the curricula was a lack of leadership and resources.

"I'm hoping school system officials are going to recognize that there's widespread support for this work among their teachers," Taylor said. "I am hoping the dozens of recommendations arising from our analysis are going to be acted on in the school system."

'Not quite fit for polite conversation'

Another issue was that while participants overwhelmingly rated their own schools as being safe in general, many reported that isn't necessarily the case for LGBTQ students.

[They're] unnecessarily being belittled and excluded if their schools have not already become LGBTQ-inclusive .- Catherine Taylor

Taylor said while progress has been made in recent years in terms of more gay-straight alliance student groups forming in schools, "there's still a lot of work to do."

"The problem is that in many schools across the country, teachers still feel that it's not safe to include LGBTQ content in their classes, even in ordinary little ways — like using some examples of two dads instead of a dad and a mom, for an example, in ordinary classroom conversation," Taylor said.

"LGBTQ students have been systematically and artificially excluded from normal, everyday life in school. They're still treated as a topic that's not quite fit for polite conversation and I'm hoping that's going to change."

On questions of religious beliefs that conflict with LGBTQ-inclusive values, Catholic schools tended to skew away from the pack in the study. While teachers in these schools were only slightly less likely to approve of including LGBTQ topics in the classroom in theory, in practice, far fewer were likely to actually incorporate inclusive education in the curriculum.

Many  LGBTQ  students and their heterosexual friends are real heroes in this movement.- Catherine Taylor

And while only two per cent of the entire group of respondents said they felt teaching LGBTQ-inclusivity conflicted with their personal religious beliefs, 18 per cent also agreed educators with those beliefs should be exempt from teaching LGBTQ-tailored lessons.

Taylor said in all of the recommendations, one of the most important takeaways remains clear. If roughly 10 per cent of students in every classroom, in every school across the country identify as LGBTQ, then not including content tailored to that community is doing them a disservice.

"[They're] unnecessarily being belittled and excluded if their schools have not already become LGBTQ-inclusive," Taylor said. "I hope that they will feel their teachers are in their corner, because we heard that loud and clear from our participants."

What's more, Taylor said, is that recommendations in the final report, aren't difficult to implement.

"It's really not that hard to turn things around," Taylor said. "We have great examples of inclusive classrooms and inclusive schools across the country and I'm hoping, through getting these recommendations acted on, there will be a lot more of those in the future."

Educators and school system officials need to acknowledge what needs to be improved, and recognize the courageous efforts of LGBTQ students and their allies advocating for change, Taylor added.

"Many LGBTQ students and their heterosexual friends are real heroes in this movement," Taylor said.

"They are the ones who have gone to their principals and asked for a gay-straight alliance club to be implemented perhaps — that hasn't been an easy thing for them to do. They've been the ones pressing the adult world about this terrible situation, so yes, I hope that they'll feel adults are in their corner on this one."